The Tragedy of King Lear: John Lear and the Controversy of Conspiracy

Among all the names widely known in conspiracy circles today, one of the most revered and, at times, oft-questioned, is that of John Lear. Lear, who bears the same family name of the producers of modern wonders of aviation (his father William founded Lear Jet corporation), is also a pilot who, over the years, has become famous for his claims of knowledge that Earth has been visited by extraterrestrials, and that there are even bases situated on Earth's moon that may house such operations.

And yet, despite the popularity of Lear's conspiratorial rants over the years, he has managed to do relatively well at keeping out of the limelight, so to speak. There is presently no Wikipedia page for John Lear, and rumors have often stated that his unusual, often politically-driven threads were banned from the popular conspiracy website, Above Top Secret, since 2008 (this is inaccurate, actually... Lear apparently elected not to post at the site, as indicated here, while referring to himself as banned nonetheless). Yet despite his anti-heroic and, at times, reclusive nature, John Lear has still managed to intrigue the real seekers of esoteric knowledge over the years. But how much of what Lear argues--a lot of which borders on the impossible--can really be believed? Is there evidence to support ideas like bases on the moon and ET visitation? 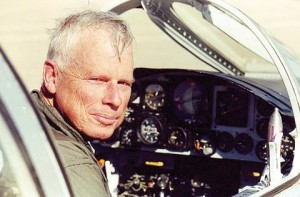 Much is known about Lear's background as a pilot, as well as his various jobs contracted under the CIA during his early professional career (for more on this, it's recommended that you view this video interview with Lear "in his lair" where many of these early exploits are outlined). Eventually, after working a number of high-level secret operations with the CIA, Lear claims to have obtained knowledge regarding a number of covert elements and programs that exist well outside what we consider to be "mainstream" knowledge.

Among these, of course, are the notions that our planet is indeed presently under visitation by extraterrestrial beings, and that elaborate genetic manipulation programs are underway, as they have been for some time now. Lear claims that the famous "Grays" are really hardly anything more than advanced robots, and that these beings capture humans and examine them at around the ages of three, six and thirteen for "routine inspections" that could be likened to taking a vehicle to the dealership for a tune up every few thousand miles. But if this were indeed the case, what kinds of examinations are being performed? At least in the case with a car's tune up, the intended goal is to keep the vehicle running properly; if this were the intention of an extraterrestrial presence, and an advanced one, no less, might they harness the ability to help prevent diseases that may afflict our youth? Claims of miraculous healing at an early age have often been cited by the likes of Dr. Stephen Greer, alleged abductee and head of the Disclosure Project. And yet, these Grays don't seem to want to afford that luxury to everyone.

Lear has also made such claims as belief in the existence of trees and other flora on the moon, in addition to large complexes and structures that constitute secret bases. However, supporting imagery (which can be found here) seems to fall more closely in with what cryptozoologists might call "blobsquatch" phenomenon, or more commonly simple Pareidolia, in which shapes like buildings, spacecraft, and even human skulls are allegedly visible on the lunar surface, constituted instead by natural objects combined with contour and shadow. In many of the instances included on Lear's site, "seeing" the objects in question often requires a healthy dose of imagination, if anything, as a large number of the purported "anomalies" simply do not resemble anything manufactured in the least. 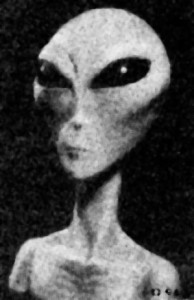 Perhaps what is most promising about Lear, of all his claims, is his fundamental philosophy with regard to right action in living and toward others in life. Lear does not prescribe to belief in a conventional notion of there being a "God", though he asserts jokingly that he believes in "The Great Pumpkin," and that this being will greet him when he passes from the realm of the living. Again, this notion has been asserted rather tongue in cheek by Lear, though it is interesting to note that he dismisses belief in there being a creator, while apparently accepting other odd theories and their supporting "evidence" as being authentic. What cannot be disputed is Lear's background in service and aviation, and his experience as a pilot; it's quite obvious that this man has lived an incredible life, and that perhaps certain parts of the story that constitutes the man could be used to lend veracity to his claims. This sort of rationale, however, should probably be employed with caution and care.

Whether or not truth can be attested to when reviewing John Lear's claims, he has, and no doubt will continue to remain an item of interest in the world of conspiracies and the unexplained. And in all truth, we might hope that he's wrong indeed, especially when considering the rather dark nature of many of his claims. If nothing else, the kinds of scenarios Lear has outlined over the years provide a great deal of entertainment, and perhaps even a few decent clues to the enduring UFO mystery.