As I noted here just recently, I have had several curious experiences that seem to suggest - quite strongly at times - I have been the subject of some degree of official surveillance as a result of my UFO pursuits - directly or indirectly. And much of that very same surveillance appears to have been in the form of telephone-based monitoring and interference.

This is not exactly surprising, since I do a lot of research (and interviews with witnesses) via the phone. But, just in case you think this is all simply a case of me - and only me - getting overly paranoid and seeing the  sinister Men in Black just about here, there and everywhere, it's worth noting I'm far from alone when it comes experiencing, or commenting upon, such matters.

On September 3, 1999, author (of the acclaimed Project Beta), researcher, radio host and good friend Greg Bishop stated the following in an email exchange with Jim Keith - an author of numerous books on UFOs and conspiracy theories who died, under circumstances that some still see as highly suspicious, only four days after he and Greg exchanged emails:

“I turned on my computer about mid week last week (the last week of August, 1999) and found that all of my article and work in progress files had been deleted. Luckily, I had backed them up. What was weird was the fact that the articles were not only ‘trashed,’ but were also deleted from the trash AND erased from he trash sector of the hard drive, making them unrecoverable. This takes a few steps of which I would have most likely been aware, and certainly don’t remember, if indeed I was the culprit. There are a few possibilities: I was hacked through the modem, I was given a virus that only affects my article folder and no other Word files, or someone broke in the house and deleted them. I guess I’ll believe the story that makes me feel best.” 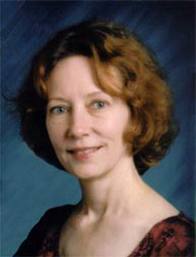 And this odd and slightly unsettling affair was far from being a singular event, as Greg astutely noted when he referred to yet another curious series of circumstances in which he found himself well and truly immersed:

“Mail tampering is the darling of clinical paranoids, but nearly every piece of mail that the late researcher/abductee Karla Turner sent to [my] PO Box looked like it had been tampered with or opened. Since this is easy to do without having to be obvious, we figured someone was interested in her work enough to make it clear that she was being monitored. She took to putting a piece of transparent tape over the flap and writing ‘sealed by sender’ on it."

Greg continued with the story: "Karla pretty much took it for granted after awhile, and suggested I do likewise. The same mail problems later cropped up with a cattle mutilation researcher. Our postal and even e-mail exchanges were often a marvel of missed and misrouted communications. He recently suggested that we back off our discussions for awhile for reasons he would not talk about. Then there were the endless hang-up calls. '*69' never worked with any of them. These came in sometimes five to ten times (or more) a day. If we picked up the receiver, there was static or silence.”

And Greg has still more to say on this matter of official, secret attention by, well, someone. This time, it's with regard to Greg's self-published magazine of the 1990s, The Excluded Middle, that sought to uncover the many and varied intricacies of the UFO puzzle and a whole range of conspiracies and secrets:

“Is a silly little UFO zine worth any attention? Well, maybe. Just think of all the wasted effort and money that our government puts out to justify a salary or political peccadillo. With unlimited cash flow plus idle hands and an intel operative’s pet paranoia in charge, we begin to see why this might not be so far-fetched."

Indeed, it might not. And, I cannot begin to tell you how many more friends and colleagues in Ufology - and also in Cryptozoology, for some very baffling reason - have experienced extremely similar things. I made mention of some of these additional events in my 2006 book, On the Trail of the Saucer Spies. Today, however, the number of stories I have in my personal possession - which have never, ever seen the light of day and which originate with numerous well known figures in Ufology - has reached ridiculous proportions.

Someone is watching us, the collective Fortean community. They most certainly have the means, the funding, the motivation and the technology to do so, and in a highly organized, secret and widespread fashion, too. The big, nagging question that remains is: Why...?