Chasing the Beast to its Lair: The Wild Man in Myth and Culture

Throughout the United States, they have been called Oh-Mah, Skookum, and Sasquatch, while in Asia names like Yeti and Yeren are common. Australia has the Yowie, and Maylay cultures have their spectral visitations of Monkey Men and Orang Pendak. In modern times, the creatures best known as Bigfoot in the Western World may represent a variety of different things: for some, they are the stuff of folklore and legend, while for others, they may represent a holdover from our past... perhaps even a relic hominid species.

Speculation over the existence of Bigfoot in modern times has led to heated debate regarding the nature of the alleged creatures. Folklorists believe largely that they are merely carryovers from Native legends, while those who associate themselves with cryptozoology, the study of animals that may exist beyond the scientific classification of known species, argue that there must be a very real, physical animal underlying the reports. And yet, there seems to be a less tangible area someplace in between, where the lines are blurred between Bigfoot, and the more subtle Wild Man of myth and culture. 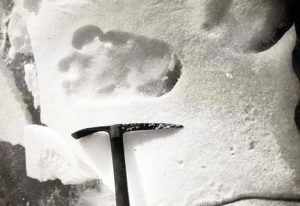 Explorer Eric Shipton managed to shock the world in 1951, when he photographed what he believed to be a "Yeti's footprint" during a Himalayan expedition. Reports of Bigfoot-like creatures had been published in the west since at least the 1920s, thanks to the collection of tales by the likes of J.W. Burns, a government worker who retold the stories he gathered from Chehalis natives in Canadian newspaper articles. However, the publication of Shipton's photos are significant because of the broader cultural impact they had; thus, 1951 became the real catalyst for interest in the hairy giants known as Abominable Snowmen. It is interesting to note here the relative proximity between the cultural "arrival" of the Abominable Snowman in 1951, which places it within five years of the similar "arrival" of flying saucers in 1947. Only a breath after World War II, it is seldom considered how (or if) our emergence from the War years could have influenced human perception of such mysteries as Bigfoot or UFOs.

In the case with Bigfoot, prior to the early 1950s it was likely assumed that any native stories that described such animals were merely legends, and were to be assimilated within the colorful histories and cultures of indigenous cultures in the Americas. As time wore on, however, it became more difficult to rule out the possibility--however remote--that there might be some physical phenomenon underlying the reports. And yet, despite the rigors of science today, as well as a wealth of potential evidence that seems to support the potential for Bigfoot's existence, mainstream science is never won so easily, and the notion that a large, manlike beast could exist in even the remotest parts of the world--let alone various locales throughout the Americas--seems ludicrous.

Perhaps no better example of a Bigfoot-like creature existing on the razor's edge that separates mythology and the known physical world could be placed than in the British Isles. My colleague and fellow Mysterious Universe writer, Nick Redfern, has carefully cataloged the reports of a creature known in parts of Britain as the "Man-Monkey," which seems to display both physical and spectral characteristics. This seems fitting, especially for a locale like the United Kingdom, since the likelihood that such a creature might exist among the peripheries of society within a widely populated country such as this seems virtually impossible. While the reports of the "Man-Monkey" have persisted, the creature does not seem to be wholly physical, based on reports Redfern has gathered.

There are reports of similar creatures going even further back, which describe the folkloric "Woodwoses" and wild men of the British Isles. Wild men were commonplace amidst the mythology of Britain, which seemed to exclude such things as werewolves that had become popular in nearby France throughout the Middle Ages. Were these Woodwoses merely a cultural counterpart to the supernatural were-beasts of other cultures, and vice versa? Or was there really some physical presence underlying belief in such mythical creatures? 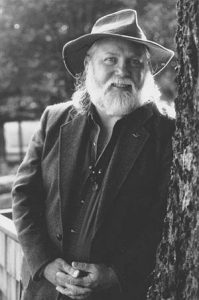 Writing for Life's Little Mysteries, Natalie Wolchover recently put forth the idea that reports of such creatures might stem solely from our psyches. The concept is by no means anything new; in 1996, Ecologist Robert Michael Pyle noted that humans seem to "have this need for some larger-than-life creature." In the LLM piece, Wolchover quotes Benjamin Radford of Skeptical Inquirer magazine, who notes that "The idea of a wild, man-like 'other' creature co-existing with us but just beyond our understanding is heavily rooted in mythology." Indeed, this is certainly the case, though curiously, this rather ambiguous statement then concludes the article. No doubt, what we're meant to infer here is that belief in "wild men" must be a cultural staple, which emerges from some necessity within the human mind for having monsters and beasts in our midst. The presence of such creatures in our folklore must serve some deeper purpose for us psychologically; it simply couldn't be that these beasts actually exist, and that our folklore holds indirect evidence supporting their presence, right?

To be completely fair and unbiased, at this point we are forced to admit neutrality to some degree, in that while the existence of such creatures seems impossible, we cannot state with certainty that this is the case. Much the same, we can't be certain whether our cultural archetypes have a far greater tendency to manifest in our folklore, blurring the proverbial lines between fantasy and fact. While legends about Sasquatches and other monstrous beasts may be mere legends in this regard, there is always that possibility that they do, in fact, represent something a bit more tangible.

It could be argued that, once we place our inherent biases aside, we may truly lack the data to make a reasonable discernment one way or the other, at least at the present time. And thus, The "Wild Man" of myth and culture must remain the enigmatic "other" who lurks around the fringes... an intangible "in-between" that may not exist at all, yet which remains capable nonetheless of taunting us from the boundaries of our imagination.