Greetings, fellow Coppertops! Our super-charged sojourn will take us from the deserts of South Asia to the bottom of the North Sea. We'll be on the lookout for feathered dinosaurs and scaly merbeings. And as we analyze some controversial theories regarding mysterious deaths, by the end of our trip we'll find a great deal of commotion, caused by a PARTICULAR discovery which could have the potential to answer some of our deepest questions. Just remember: All I'm offering is the truth --nothing more.

(10) Last week we commented on how paleontologists were ready to finally announce the extinction of the 'cold-blooded dinosaur' theory. Now they've gone a step further, and are claiming that probably all (predatory) dinosaurs had feathers --furry proto-feathers to be exact. 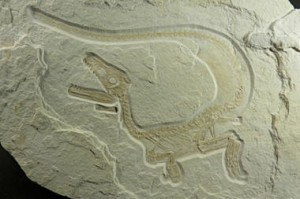 It's a good thing Spielberg is not like his ole pal George, otherwise we could be certain of a shameless remake of Jurassic Park, with the raptors & T-Rex looking like Priscilla, Queen of the Desert --"When Dinosaurs ruled the Earth, and were FAABULOUS!"

(9) Robert Bakker may have dreams of feathered theropods resembling fierce prehistoric angels (not nightmares in his case!) but now former FBI employee Lillie Leonardi is claiming she saw angels not on her sleep, but in broad day light while she was part of the government team working at the site of flight 93's crash, on September 2001:

"That's when I started seeing like shimmery lights ... and it was kind of misty and that's when I first saw, like, the angels there," Leonardi said. "And I didn't say anything to the guys because you can imagine if I would have said, 'I just saw angels on the crash site,' they'd have called the office and they'd have said, 'She lost her mind and tell her to go home.'" 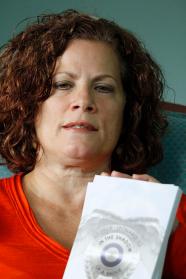 Leonardi decided to keep her vision to herself, but after a couple of years dealing with clear symptoms of post-traumatic stress disorder, she eventually began to share her experience privately, and now publicly with her book: “In the Shadow of a Badge: A Spiritual Memoir,” in order to tell her story of what she claims were manifestations of a divine presence in a place filled with grief and sorrow. This interpretation is of course influenced by her background as a former devout Catholic, yet it's interesting to observe she now professes a more 'spiritual' belief system.

Like many previous mystical experiences, deep emotional or physical trauma can be the trigger to visions of other-worldly realms. The question left unanswered is: are these visions originated purely by the recipient's psyche, or is there something else involved?

(8) 9/11 has become a cauldron of conspiracy theories which range from the plausible to the completely wacky. Now a new conspiracy theory has surfaced with regards to Yasser Arafat, a very controversial political figure who suffered an equally controversial death in 2004. The new tests suggest the Palestinian leader died of polonium poisoning, the same radioactive substance which caused the death of Russian spy-turned-dissident Alexander Litvinenko. So nice to see some of our oldest diplomatic traditions are still in use :-/ 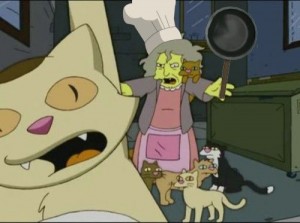 (7) Speaking of untimely deaths, another polemic news caused quite the uproar amid much of the online community: A  study in Denmark suggested that women infected with Toxoplasmosis gondii --a parasite spread by cat feces-- run a higher risk of attempting suicide.

Now, before any of you start throwing their cats at the computer monitor like the Simpsons' crazy lady, I must admit I too suspect there's something a bit rotten in the state of Denmark. I think this is not a clear-cut case of correlation proving causation, and I also think there's a higher incidence of cat ownership among the more creative-type of individuals, and I can attest from personal experience that Creativity and Depression are often paired together. Given all this, I'm not prepared to give much credence to this feline-o-phobic fear-mongering.

Oh, and in case you're wondering, the answer is No --I'm actually a dog person myself :)

(6) Cats have been around us for thousands of years, probably since the days of the ancient city of Mohenjo Daro. But although it's quite likely cats will still be around for many aeons to come, sadly the same cannot be said for the 4,500-year-old ruins in Pakistan. The Bronze-Age site is displaying alarming signs of decay, and wall bricks which stood the test of time are starting to crumble, due to the salinity content in ground water.

Hopefully the international community can help preserve this World Heritage site; and if the worst came to happen, maybe new laser-scanning techniques could be employed to create an accurate digital model of this wonder of the past, so it may continue to amaze us in the future. 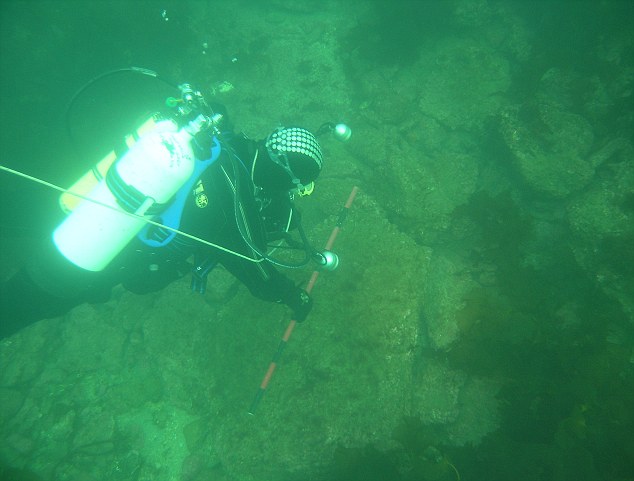 (5) Archeology is not only about loss. New previously-unknown discoveries are being in the most unlikeliest of places. Take for example this finding of what's been named 'Britain's Atlantis', located at the bottom of the North Sea: Doggerland --name chosen after Dogger Bank-- was a huge area of dry land once roamed by mammoths, which stretched from Scotland to Denmark and was slowly engulfed by water between 18,000 BC and 5,500 BC

That's right my English amigos! whether you like it or not, you were once part of the European continent --maybe it was the food the cause you were kicked out? :P

(4) Our search for undiscovered worlds employs not only scuba suits, but also sophisticated telescopes --and a lot of patience. Astronomers have devised a new method to probe the chemical composition of the alien world Tau Bootis b, one of the first 'Hot Jupiters' to be ever detected, and came up with a readout of carbon monoxide in its atmosphere.

"Maybe with the next generation of telescopes we could probe much cooler and smaller planets — even Earthlike planets. This could then possibly be used to search for oxygen, pointing to biological activity," Snellen wrote.

If you were amazed by all the hoopla caused by a certain announcement we'll be mentioning below, then brace yourselves when we finally detect a second Earth. Eat your hear out, Magellan!

(3) If we found alien life, what it would look like? UFO reports and pop culture have conditioned us to expect a familiar humanoid frame in interplanetary visitors, and although a convergent evolution in an alien planet closely-resembling our world should not be entirely discarded, a leading space scientist suggests aliens are more likely to look like alien jellyfish rather than little green men:

She imagines aliens that drift through methane clouds scooping up chemical nutrients into their mouths.

The creatures could also be able to live off light taken in through their skin, says the scientist.

The alien jellyfish - which Dr Aderin-Pocock imagines could be the size of a football field and have an orange underbelly - would be generated from silicon as opposed to carbon, which is the basis of all life as we know it. 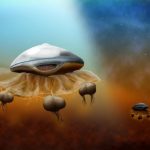 This is rather similar to the denizens of Jupiter imagined by the late Carl Sagan. But what these scientists have failed to realize, is that very similar ideas were proposed by Ivan T. Sanderson in his seminal book Invisible Residents: The Reality of Underwater UFOs. Indeed, why do we suppose the anomalous objects we occasionally see flying around our skies are necessarily technological constructs? they could very well be living organisms of varying degrees of sentience. This idea might explain why some UFOs like to buzz commercial aircraft in a playful manner --maybe they are trying to start some mating ritual with the planes!

(2) Speculating about alien UFOs that resemble giant jellyfish immediately remind us of James Cameron's The Abyss --one of my faves BTW-- and the mermaid-like aliens living in the deepest regions of the ocean. Unfortunately the very concept of merbeings seems preposterous for our modern sensibilities, so after suffering a flood of public inquiry caused by the cable TV mockumentary Mermaids: The Body Found, the National Oceanic and Atmospheric Administration has been forced to officially deny the existence of Ariel and her sisters:

"Are mermaids real? No evidence of aquatic humanoids has ever been found. Why, then, do they occupy the collective unconscious of nearly all seafaring peoples? That's a question best left to historians, philosophers, and anthropologists."

Well EXCUSE ME Mr. Debunky G-man, but this is obviously just the latest cover-up aimed at keeping the public away from the truth. Besides, everybody knows the easiest method to spot a mermaid is going to a Seafood restaurant.

(1) While the search for fish-tailed babes is still ongoing, the news that everyone and his cat learned about this week was about another search that seems to have finally paid off: Yes, I'm talking about the historic announcement by CERN of the 99.99% certainty in the observation of the Higgs boson, popularly known --much to the chagrin of the scientific community-- as the God Particle.

While the full scope of what this discovery actually amounts to in our understanding of the Natural world is probably decades away, and with half of the Physics world dancing in joy while the other half feels a tinge of frustration --since not finding the Higgs would have forced us to come up with more interesting theories than the Standard model-- the only universal reaction caused by CERN's presentation among the rest of the non-PhD mortals seems to be this:

Until next time, this is RPJ jacking out. And remember: To deny our own impulses, is to deny the very thing that makes us human *opens a bottle of Tequila*