The late Mac Tonnies - author of The Cryptoterrestrials and After the Martian Apocalypse - once said: "I find it most interesting that so many descriptions of ostensible ‘aliens’ seem to reflect staged events designed to misdirect witnesses and muddle their perceptions.” Mac was not wrong. In fact, he was right on target. One can take even the most cursory glance at ufological history and see clear signs where events of a presumed alien and UFO nature have been carefully controlled, managed and manipulated by the intelligence behind the phenomenon.

A look back at many of the early books, periodicals and fanzines on the Flying Saucers of yesteryear will show they were filled with encounters between astonished humans and aliens "taking soil samples." "Radar-visual" encounters were all over the place. People were always in the right place - or, depending on your perspective, the wrong place! - to see the surprised and rumbled ETs hastily scoop up their little tools and race back to the safety of their craft. And they would always be sure to take to the skies in view of the witness.

If, however, we critically analyze events of this type, it becomes obvious that a trend is at work. These were not matters of an accidental or stumbled upon nature - at all. The entities were seen because they clearly wished to be seen. The reason: almost certainly to encourage the spreading of a belief in aliens amongst us - and in definitive meme-like style. And it has undeniably worked.  After all, barely 65-years after the Kenneth Arnold encounter at Washington State in June 1947, the UFO phenomenon - and what it potentially implies, whether you're a believer or not - is, today, known of just about here, there and everywhere. 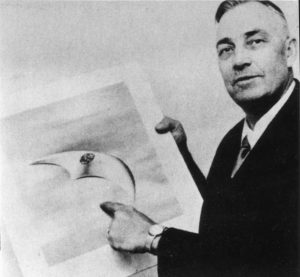 In the bigger scheme of things, 65-years is no time at all. But in that period pretty much every one of us has been exposed to the theory that "UFOs = aliens" in some capacity, whether it's via watching a TV show, reading a newspaper, seeing a TV commercial that incorporates UFOs into its marketing campaign, having a personal encounter or knowing someone who has, and...well, the list goes on.  And that many admittedly don't accept aliens are among us is, in some ways, wholly irrelevant to the fact that those same people still know what the term "UFO" suggests. Only sixty-five years after Arnold and we're all pretty much "infected" by the alien-meme.

But, why would such entities - or whatever the real nature of the phenomenon may be - wish to make themselves known to us in such curious, carefully-managed fashion? Maybe it's to try and convince us they have origins of the ET variety, when they are actually...something very different...

Back in 1957, a Brazilian named Antonio Villas Boas claimed to have been seduced by a vibrant, pleasantly-stacked space-babe who growled like a wild beast while the pair got it on. Hey, it doesn’t really get much better than that, does it? Well, I guess she could have brought a girlfriend along, too...

The Villas Boas affair is one that has been embraced by some in the UFO community, derided by others, and outright dismissed by far more than a few. Granted, it's a highly controversial story, but there's something else, too.

Before his departure from the craft to which he was taken, Villas Boas allegedly attempted to steal a clock-like device, but was thwarted from doing so by an irate crew-member. Researcher Jacques Vallee has noted that Villas Boas described the clock as having one-hand, and several marks, that would correspond to the 3, 6, 9, and 12 figures of an ordinary clock. However, while time certainly passed by, the clock-hand did not.

“The symbolism in this remark by Villas-Boas is clear,” said Vallee. “We are reminded of the fairy tales...of the country where time does not pass.” In addition, centuries-old folklore is replete with tales of people who claimed to have visited the realm of the fairies and who tried to bring back with them a souvenir, but only to be thwarted, in one form or another, from doing so at the last minute – just like Villas Boas was.

And still on the matter of fairies: In 1961, a Wisconsin chicken-farmer named Joe Simonton claimed to have met aliens who landed on his property in a classic Flying Saucer-style craft. They were said to be very human-looking entities, who had an “Italian” appearance, and generously gave the stunned Simonton a handful of pancakes that one of the crew-members happily cooked on his alien grill! Like the story of Villas-Boas, it's not just controversial, but beyond controversial! However, read on... 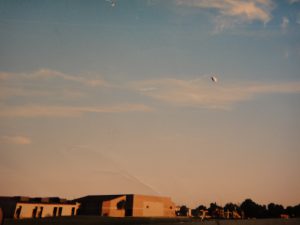 The U.S. Air Force took notice of the Simonton case and, as a consequence, secured a remaining pancake for analysis. A report prepared by the Food and Drug Laboratory of the U.S. Department of Health, Education and Welfare demonstrated that the pancake was made of soya bean, bran starch, buckwheat and hydrogenated fat. But, what was interesting was the fact that the pancake was totally lacking in salt. In the folklore of the Middle Ages, fairies could not abide salt.

On this same path, in today's alien abduction stories, people are shown so-called "Hybrid Babies." In fairy mythology, such entities had an obsessive interest in human reproduction and would often steal babies and leave "changelings" in their place.

Many alien abductees appear to have screen-memories in which their unearthly encounters with the black-eyed Grays were replaced by dreams and recollections of encountering owls. Roman mythology tells of the Strix or Striga that craved human flesh and often manifested while people slept. Its name was derived from the Greek term for owl. Tales from ancient Babylonia tell of owl-like entities, of a supernatural nature, provoking terror and fear in the homes of people in the dead of night - just like the Grays.

The parallels are obvious. We are seeing evidence of a very old phenomenon in our midst us that, at various times, has been perceived by the Romans, Greeks and people of Babylonia as near-demonic in nature, by the folk of the Middle Ages as being fairy-based in origin, and by us, today, as extraterrestrials.

Of course, the stubborn, mule-like old geezers of Ufology who are forever stuck in that "ET is visiting us in metal ships to steal our DNA" mentality will tell you that the beliefs of the ancients - concerning the perceived nature of the phenomenon: fairies, demons or whatever- was based on their inability to grasp that they were really seeing visitors from the stars. So, they incorporated the encounters into their existing beliefs relative to the likes of demons, goblins, trolls, fairies, djinn, pixies, etc.

But, here's the important thing that so many of the old geezers forget (or refuse) to address: what if we, today, are doing exactly what those people who came before us did, all those centuries earlier? That's to say: what if we are perceiving the phenomenon as extraterrestrial purely and simply because the notion of ET is as plausible and acceptable to us - and on a large scale, too - as demons and fairies were to the people of the past?

Maybe none of us - whether 3,000 years ago, 500 years ago, in the 1950s, or whenever - have ever really managed to fully understand the true nature of what is in our midst and what it wants from us. But, many have valiantly tried to come up with solutions. And here's the most important part of all: the phenomenon clearly seems to understand that human perception and belief changes over time, and, as a result, it manifests in forms suitable for, and relevant to, the people of the day.

Not only that: it provokes encounters to encourage and bolster the then-current trend of belief. Presumed random events along the lines of (A) a motorist coming across an "alien scientist" scooping up a bit of dirt at the side of the road; or (B) someone  who "gets lost" in the woods in 16th Century England and ends up taken to the "Fairy Kingdom" are anything but random.

They don't just smack of, or suggest, careful manipulation. That's exactly what they are. Something is out there and it wants us, today, to dearly believe it is extraterrestrial in origin. In much the same way that it wanted the people of the past to believe it was relative to their own theories and ideas concerning supernatural entities.

This all leads us into these questions: Why the manipulation? And who really are the manipulators? I'll present my thoughts on this matter in Part 2 in a couple of days...