The Aztec UFO and Psy-Ops

According to a Technical Report prepared by the Air Force’s flying saucer study, Project Grudge, in August 1949: “Upon eliminating several additional incidents due to vagueness and duplication, there remain 228 incidents, which are considered in this report. Thirty of these could not be explained, because there was found to be insufficient evidence on which to base a conclusion.” Arguably, however, the most important and intriguing entry in the document appears in the Recommendations section. It's one that many UFO researchers have not appreciated the significance of. It states: “That Psychological Warfare Division and other governmental agencies interested in psychological warfare be informed of the results of this study.”

The Department of Defense’s definition of psychological warfare is: “The planned use of propaganda and other psychological actions having the primary purpose of influencing the opinions, emotions, attitudes, and behavior of hostile foreign groups in such a way as to support the achievement of national objectives.”

Thus, there's a very good argument to be made that, ever since its earliest years, the UFO phenomenon has been used at an official level as a tool to fool, confuse and alarm the enemy - as well as to confuse the true nature of the UFO phenomenon, too, of course.

I'm on a bit of a crashed UFO kick right now: my previous post here at Mysterious Universe dealt with the way in which the infamous Spitsbergen "Crashed UFO" event of 1952 may have had its origins in a psychological-warfare operation. But, there's an even earlier one I want to bring to your attention that may fall into precisely this same realm. 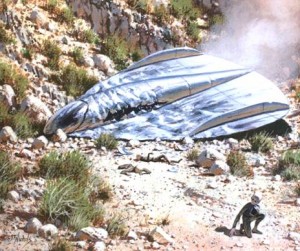 Next to the so-called Roswell Incident of July 1947, certainly the most talked-about “UFO crash” of all is that which is alleged to have occurred in the vicinity of Aztec, New Mexico, in 1948. According to information related to the author Frank Scully in the late 1940s (and subsequently published in his best-selling 1950 book, Behind the Flying Saucers), as a result of a number of separate incidents in 1947 and 1948, the wreckage of four alien spacecraft, and no fewer than 34 alien bodies, had been recovered by American authorities, and were being studied under cover of the utmost secrecy at defense establishments in the United States.

As Scully reported, the majority of his data came from two individuals: Silas Mason Newton (described in a 1941 FBI report as a "wholly unethical businessman") and one "Dr. Gee," the name given to protect eight scientists, all of whom had supposedly divulged various details of the crashes to Newton and Scully. According to Scully’s sources one such UFO was found in Hart Canyon, near the town of Aztec, in March 1948.

Although the Aztec affair has attracted the attention of numerous UFO researchers over the years, it's a fascinating piece of documentary evidence relative to the Aztec case that surfaced in the late 1990s I wish to bring to your attention. It came thanks to the late,  investigative author and former CIA employee, Karl Pflock, and it is one that may ultimately shed more important light on the psychological warfare angle of the crashed UFO mystery.

As Pflock stated: “In 1998, under curious circumstances, I was made privy to a fascinating document about one of the most controversial cases of the Golden Age of Flying Saucers, the so-called Aztec crash of 1948. I had little more than passing interest in the case until 1998, when a source, who insists on complete anonymity, showed me a handwritten testament, set down by the key player in this amazing, often amusing, truth-is-stranger-than-fiction episode. The contents of this ‘journal’ seem to lift the veil of mystery and uncertainty from important aspects of the case, while at the same time drawing it more closely around others." 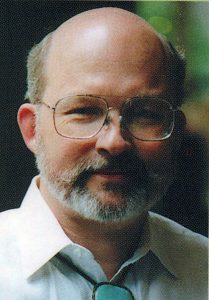 The story as told to Pflock was that the military was keeping a secret and close watch on Silas Newton when his tales of the Aztec UFO crash were at their height. More remarkably, military personnel were dispatched to visit Newton and told him something amazing: they knew his Aztec story was utterly bogus, but, incredibly, they wanted him to keep telling it!

According to Newton, when writing in his journal about his clandestine Air Force visitors: "They grilled me, tried to poke holes in my story. Had no trouble doing it and laughed in my face about the scientific mistakes I made. They never said so, but I could tell they were trying to find out if I really knew anything about flying saucers that had landed. Did not take those fellows long to decide I did not. But I sure knew they did."

In view of the revelations that the USAF encouraged Newton to continue championing the Aztec incident (or non-incident!), Karl Pflock wondered: “Did the U.S. Government or someone associated with it use Newton to discredit the idea of crashed flying saucers so a real captured saucer or saucers could be more easily kept under wraps? Was this actually nothing to do with real saucers but instead some sort of psychological warfare operation?”

Within the crashed UFO research arena, researchers are generally polarized into two camps: (A) those who believe aliens really have crashed to Earth; and (B) those that conclude all the cases can be explained in prosaic terms (hoaxes, aircraft crashes and balloon accidents, etc). As both the Aztec affair and the Spitsbergen case demonstrate, however, we might have a better chance of resolving the crashed UFO enigma by digging into the 1947-era-onwards world of military psychological warfare operations than by looking for little men with big black eyes...

The Game of the Name