They Are Listening: Secret Surveillance and Covert Oddities

Surveillance by government of its people is, almost without question, something that does happen from time to time; perhaps more often than we think. In this age of mass-shootings and the threat potentials associated with terrorist acts, some would argue it has become a necessity; others would tell us that to believe such a philosophy amounts to "giving in," and that doing so could constitute an unnecessary forfeit in the battle for our liberties.

But in truth, while the political argument (especially in the United States) is more recent, surveillance has been going on for quite some time. I remember the first time I was shown clumsy apparatus that my friend, Joshua Warren, had recently inherited from a family member who had worked in some official capacity. He appeared on the popular late night radio program Coast to Coast AM discussing the acquisition, which was comprised of a phoney watch that was wired with a lead connecting it to a remarkably bulky wire recorder which, in truth, was probably too large to fit in most breast pockets today. There had been recordings that accompanied the outfit, but due to rust and years that had corroded the wires, they were barely discernible.

This is an almost laughable configuration by today's standards, of course, as far more concealable equipment can be purchased at Walmart today using even the most modest budget. But in terms of the ways covert methods of observation have continued over the years, this was far from being the strangest attempt at gathering information secretly employed by intelligence officials. 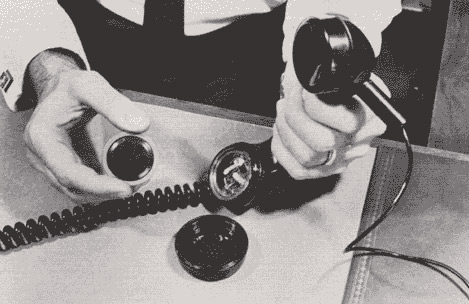 Far more simple than fitting a man with wires and recording equipment is the good old fashioned telephone tap, used to monitor the comings and goings of conversations for as long as there have been phone companies in service. UFO researchers are no stranger to this kind of activity; John Keel wrote famously of his experiences with covert surveillance and phone taps he endured in his book The Mothman Prophecies. But how does one manage when the persons of interest choose to meet in a public place instead?

This leads us to one of my all time favorite stories of attempted secret monitoring technologies, which took place as a CIA operation in the 1960s when a variety of different methods of surveillance were still being tested under the organizations Directorate of Science and Technology. At some point, the idea had been offered that rather than fitting people with monitoring equipment, perhaps certain household pets might serve as potential candidates, also. It is alleged that somewhere in the neighborhood of 20 million dollars was spent on the design and implementation of a system fitted within a house cat, which included a battery-operated microphone and an antenna concealed within its tail. As recounted in Graeme Donald's book Loose Cannons: 101 Myths, Mishaps and Misadventurers of Military History, the maiden voyage of "Acoustic Kitty" occurred outside the Soviet compound on Wisconsin Avenue in Washington, D.C., where the wired pet was released for purposes of monitoring a conversation occurring in a park nearby. It is said that as the cat crossed the busy roadway between it and its target location, a speeding taxi struck the poor bionic kitty, thus ending its mention prematurely (and wasting the $20 million investment).

One would almost have to wonder, however, if such technology could be successfully wired into animals, whether the same could be done with humans. In other words, if "Acoustic Kitty" had been too at risk to the factors of uncertainty, a body more easily controlled than a house cat may indeed have led to the implementation of "Acoustic Adam" instead. Could there have been willing participants in implant programs for such purposes over the years... and perhaps even more unsettling, what of the potential that unwilling participants might have been used in similar ways?

When the Waters Run Together: Ghost Stories vs Urban Legend