Of the many and varied, multifaceted theories that have been advanced to try and explain what lies at the heart of the UFO puzzle, one of the most controversial suggests that rather than representing bug-eyed intruders from far-away star-systems, the assumed aliens are really nothing of the sort. So, what, then, might they be, if not extraterrestrials?

Well, according to some researchers of the UFO phenomenon, our elusive visitors may be the last, possibly even the waning, vestiges of a very ancient, but very terrestrial, race of advanced entities that originated right here on Earth in our distant past. They have chosen – or have been forced - to live outside of human society, and within huge, cavernous underworlds far below the surface of our planet. Yes, it does sound just like wild fantasy. But, incredibly, maybe it is not.

Right up until the point of his tragic passing in October 2009, at the age of thirty-four, author Mac Tonnies was hot on the trail of these ancient, underground humanoids, which he chose to call the Cryptoterrestrials. Tonnies told me, only a couple of months before his death:

“After devouring countless books on the UFO controversy and the paranormal, I began to acknowledge that the extraterrestrial hypothesis suffered [from] some tantalizing flaws. In short, the ‘aliens’ seemed more like surreal caricatures of ourselves than beings possessing the god-like technology one might plausibly expect from interstellar visitors. I came to the realization that the extraterrestrial hypothesis isn’t strange enough to encompass the entirety of occupant cases.” 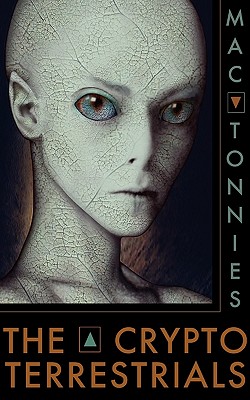 So, if E.T. wasn’t weird enough for Tonnies, then what was? The under-dwellers - that is what: “If we’re dealing with humanoid beings that evolved here on Earth, some of the problems vanish. I envision the Cryptoterrestrials engaged in a process of subterfuge, bending our belief systems to their own ends. And I suggest that this has been occurring, in one form or another, for an extraordinarily long time. I think there’s a good deal of folkloric and mythological evidence pointing in this direction, and I find it most interesting that so many descriptions of ostensible ‘aliens’ seem to reflect staged events designed to misdirect witnesses and muddle their perceptions.”

On the matter of what have become known as Contactees – those to whom the very human-looking Space-Brothers of the 1950s and 1960s appeared - Tonnies noted: “Commentators regularly assume that all the Contactees were lying or else delusional. But if we’re experiencing a staged reality, some of the beings encountered by the Contactees might have been real; and the common messages of universal brotherhood could have been a sincere attempt to curb our destructive tendencies. The extraterrestrial guise would have served as a prudent disguise, neatly misdirecting our attention and leading us to ask the wrong questions; which we’re still asking with no substantial results.”

Even what is, without doubt, the most famous - and infamous - of all UFO cases, Roswell, plays a role in this saga of the Cryptoterrestrials. Former U.S. Air Force Intelligence operative, Walter Bosley, has made a highly valuable contribution to the particular issue of ancient humans, their strange underworld, and secret, governmental knowledge of this potentially-worrying matter.

Bosley’s father served in the U.S. Air Force in the late-1950s, on matters relative to the U.S. space-program. Significantly, during the period of his employment with the military, Bosley Sr. received at Wright-Patterson Air Force Base, Ohio – perhaps within the cosmic confines of the secret Hangar 18 - a classified briefing relative to the reported UFO crash at Roswell, New Mexico in the summer of 1947. 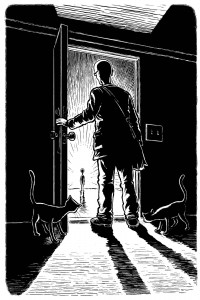 Bosley said that by the time of his father’s briefing, the U.S. Air Force had come to a startling conclusion: neither the strange aerial device nor the bodies found in the desert outside of Roswell at the time in question had alien origins. Very significantly, Bosley revealed, his father told him the entities and their craft come from inside our planet. Their civilization supposedly resides within a huge, underground system of caverns and tunnels beneath the southwest portion of the United States.

Bosley was additionally told by his father that: “They are human in appearance, so much so that they can move among us with ease with just a little effort. If you get a close look, you’d notice something odd, but not if the person just passed you on the street."

In view of the words of Tonnies and Bosley, if you are ever fortunate enough to have a profound UFO encounter - perhaps even one involving entities - you should give at least some consideration to the idea that perhaps the phenomenon originated far closer to home than most people might ever imagine possible...

Symbolism, Simulacra, and the Mirror of Humanity