Greetings, fellow Coppertops! This week the Fortean Matrix --Fortrix?-- has in store for us a journey full of discoveries, but ALSO conspiracies. We'll fly like butterflies over mysterious crop circles, and sneak into the polygraph tests of confessed monster killers. And as we try to unravel the mysteries behind strange lights in the sky, we'll stumble upon disturbing clues pointing out to an effort to conceal information, police citizens in their homes, and suppress dissenting voices. Prepare yourselves, and keep an eye on Cypher, 'kay? "never trust the bald guy in the group" is my motto, and it's served me well --yeah, Redfern: I'm keeping my eye on YOU too!!

(10) Our first stop in our journey is in the land of the Rising Sun --and the Rising Concerns over long-term exposure to radiation! Almost a year and a half after the Fukushima Daichii nuclear disaster, scientists are finding evidence of the ecological impact the released radioactive material is having, and continue to have in the years --or decades-- to come.

One of the most recently discovered impacts is the presence of genetic mutations in butterflies who were near the Fukushima plant; but before Kaiju fans get all excited, the genetic mutations don't involve freakish gigantism or badass deadly rays coming out the butterflies' eyes.   Around 12% of the pale grass blue butterflies exposed to the radiation during their larvae stage exhibited shrinked wings and damaged eyes, and in subsequent generations bred in the laboratory the mutation was shown in higher percentages, raising concerns of a long-lasting effect of the nuclear accident over a widespread number of species --Sorry, Kaiju fans, but it seems it's going to take a while before Mothra is ready to destroy Tokyo. 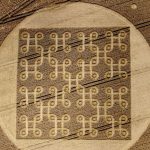 (9) They say a butterfly's wings in Brazil set off a tornado in Texas. Could it be that a UFO sighting over Texas will create a crop circle in Winchester? Although that is quite unlikely to be the case, the fact is that a beautifully intricate crop circle displaying Mandala-like designs DID appear on the field at Cheesefoot head near Winchester this week. And why should it surprise us that much, I ask? We already knew aliens enjoy strawberry ice-cream and Tibetan music, after all.

(8) Speaking of England, I was one of the millions of TV-viewers who saw --and actually enjoyed!-- the closing ceremony of the XXXth Olympic games. What was not to like? We had George Michael, the remaining of Queen, Muse & Jessie J --hamina hamina!-- Annie Lennox, The Who & Eric Idle. But you know what was the only thing missing in the show, aside from The Stones & Elton John? No Blue-Beamed false flag alien invasion, to submit the masses to the will of the Bilderbergers/Illuminatis/Bohemian Grovers/Cobra Commander or whatever floats your particular tin-foiled conspiranoid boat. 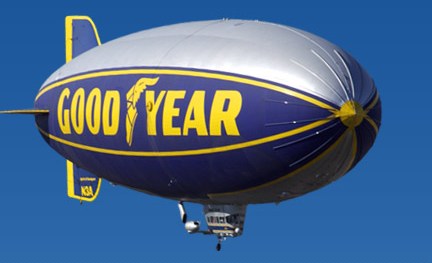 In 2010 The Guardian took a look at all the wild theories running rampant pertaining to the Olympic games to come, and now that nothing happened and the only 'UFO' which bothered to show up during the games was the good ole Goodyear blimp, some Fortean researchers like Secret Sun's Christopher Knowles are taking those fear-mongerers to task. The solution: stop listening to these lunatics and paranoia-peddlers who are only seeking attention and a quick buck --You had your fifteen minutes, Ian Crane. Don't let the door hit you in the arse on your way out. 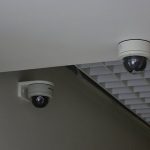 (7) But before y'all demand I retrieve my own tin-foil hat, let me get one thing clear: While I do believe that people in positions of influence orchestrate plans, intended to keep them right at the top just the way they like it --Goldman Sachs anyone?-- that's a looong way from believing in a global multi-generational evil conspiracy responsible for pretty much every single calamity that befalls on mankind.

The Illuminati is just our little post-modern Western term for the Boogeyman; and as absurd as it may sound, some people actually take comfort in the assumption that at least someone is in control of things --even if it's for an evil purpose-- rather than contemplating the possibility, much more disturbing in its implications, that much of what happens in the world obey to forces that are completely outside the control of human beings.

Do corporations and governments like to abuse their privileges on behalf of the common citizen? Of course they do!  Prove to that is the recent news concerning TrapWire, a government surveillance system disclosed by Wikileaks, that makes use of ordinary surveillance cameras to create a record on individuals --and by 'individuals' I mean 'whomever':

So: those spooky new "circular" dark globe cameras installed in your neighborhood park, town, or city—they aren't just passively monitoring. They're plugged into Trapwire and they are potentially monitoring every single person via facial recognition.

Does this mean the evil elite is about to deploy a Digital Big Brother upon the world? Not necessarily.

Is this program a major risk of power abuse? Most definitely.

What can we do about it? That's where you come in, Bubba.

(6) And what of the man who started it all? The man who has become the posterboy of civil resistance against censorship of information? Wikileaks founder, Australian hacker Julian Assange, has been at the vortex of the news storm this week. After 2 months of staying inside the Ecuadorian embassy in London, president Rafael Correa has finally granted him 'diplomatic asylum' in Ecuador. Now if only Assange could get his hands on one of those Portal guns...

And the jumping boots would come in handy, too!

But the real irony in this story, is not only that Assange would need teleporting technology or a James Bond jet pack to escape the siege outside the embassy. No, the irony lies in the fact that, if all goes his way, Assange would find himself under the protection of Ecuador, which hasn't really the brightest record when it comes to protecting the freedom of the press. I'm afraid Julian is gonna find out that the cake *is* indeed a lie.

(5) Another thing that may indeed be a lie is the assumption that our ancestors were in 'friends with benefits' terms with our cousins, the Neanderthals. And that totally blows!

Using computer models, a team of researchers led by evolutionary biologist Andrea Manica of Cambridge University, attempted to simulate the last 500,000 years of population dynamics between Europe & Africa. They reached the conclusion that the 4% of human DNA that we share with the Neanderthals comes from a common ancestor before the two families branched off. 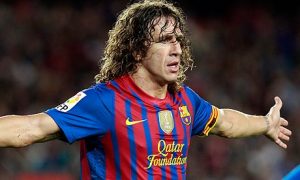 (4) But if our relations with the Neanderthals were kept on strictly Platonic terms --something of which I have AMPLE experience, I might add-- what can we say about those enigmatic giants striding about the Pacific Northwest? If Albert Ostman hadn't been able to escape the confine he was kept in by a family of Bigfoots, would his story have ended with an NC-17 rating? 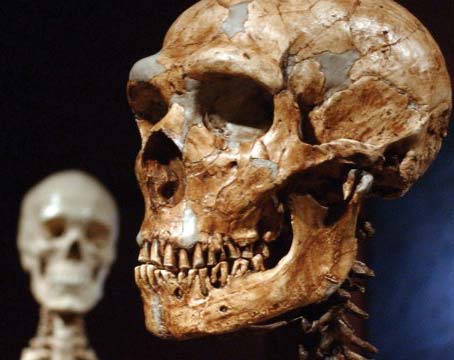 Well, right now there's still no tangible proof of inter-species affairs between Sasquatches & humans. As a matter of fact, there's not even tangible proof of a human ever shooting a Bigfoot! But there's where Justin Smeja, the infamous Sierra Kills hunter enters the scene. Ever since Smeja went public --first under the cover of anonimicy-- many people have doubted his story describing how he managed to kill a couple of Bigfoots during a hunting trip. On August 7th Smeja was submitted to a polygraph test. The results:

There are two types of results. The first one can contains the questions and the results. The second results contains a 7-point scale adjacent comparison tracing that includes Justin’s respiration, electrodermal, and cardio. Both results indicates “NO DECEPTION”.

So this would lead us to conclude NOT that Smeja is telling the truth, but that he is CONVINCED he's telling the truth, and is not in fact confabulating a hoax. Let's not also forget the fact that polygraphs can be beaten, although I'd assume it's not an easy feat. So overall the Sierra Kills story is getting more interesting, even if we still don't have the final coup de grâce: a frikking Bigfoot body!

(3) Then again, do we really want to kill Bigfoot? Do we have a right to terminate the life of a living being just to prove its existence? "I kill, ergo he is" ain't too philosophical to me.

Besides, Scientists have recently declared that non-human animals are conscious --primarily mammals and birds. And although this may come as a no-brainer for any cat or dog owner, it does raise fascinating questions IMO. For instance, if birds evolved from dinosaurs, does that mean our beloved giant lizards were conscious too?

And it also reminds me of some fascinating musings the late Mac Tonnies posted some time ago in his blog Posthuman Blues. Tonnies wondered whether the gray spindly aliens abductees met at night in their bedrooms might be conscious yet devoid of sentience; a subtle yet critical distinction that would cause someone unpaired with Mac's intellectual prowess a rather large headache. 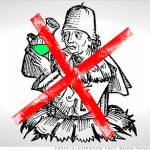 (2) If you're suffering from a headache, you go to the pharmacy to buy some aspirin. But if you're instead on the lookout for magic spells or charms, then you'd better head out to the local New Age store, because e-Bay has decided to enforce a policy to de-charm their on-line auction, prohibiting the sales of magical paraphernalia --conclusive evidence IMO, that e-Bay's share-holders are all muggles (even worse, biased muggles, since they don't enforce the same guidelines with Christian paraphernalia)

(1) So you won't be able to buy magic dust on e-Bay. But dust might be behind the mystery of the famous Hessdalen lights --though not magic or pixie dust, but ionized grains creating a plasma.

As reported by Greg @ The Daily Grail, a couple of papers were presented at the 2012 European Geosciences Union General Assembly, noting that the Hessdalen Lights observed so far can be categorized into six different 'states' - Doublet, Fireball, Plasma ray, Dust cloud, Flash and Invisible - and that the lights might be caused simply by ionized grains of dust, energized by the radon decay of closed mines close to the valley --though the source and nature of this energy is still to be confirmed.

Fascinating stuff, yet I still remember how when I read Hunt for the Skinwalker that some members of Bigelow's research team got in contact with the Hessdalen group, and that off the record the Hessdalen scientists admitted that many other strange occurrences were reported in the valley aside from the light phenomena --sightings of structured craft or humanoids for instance-- yet the scientists deliberately chose NOT to focus in those other events because they wished to remain well-grounded in the scientific mindset. Make of that what you will.

All I know for certain is that, if we are all just dust in the wind anyway, at least being the ionized kind sounds incredibly more badass ;)

Until next time, this is RPJ jacking out. Wishing you happy trails and mended sweaters.