Symbolism, Simulacra, and the Mirror of Humanity

Sometimes it takes no more than an odd word to inspire unique ways of thinking about the strange and unusual. For me, words the likes of metamorphosis, esoteric, hermeticism, or psychomanteum have proven in the past to yield favorable and interesting new lines of thought in terms of what directions my interests may begin taking at any time. I often begin to wonder whether there might actually be times when our human perceptions of reality, especially in terms of the symbolism we attribute to objects we encounter, might not be partially (if not even wholly, at times) dependent on the names we give those objects. In other words, knowing that the name something is given will influence how we tend to perceive it, we could argue that language plays a far deeper role in the study of meaning and perception.

For example, if you met a person with an absurd name the likes of "Filthy Monkey McGhee," you may be less likely to take them seriously or desire to form a friendship than if their name were "Bianca Anderson" or "Michael O'Donahue." Indeed, the symbols we attach to things in many ways form the attitudes we will have toward them. But by the same token, this simple illustration of the way that ideas and attitudes are rooted in symbols, as well as what are often esoteric concepts, is only the tip of the iceberg. Getting to the realm of the supernatural, what happens when people begin to take the symbols associated with aspects of human existence, and project them outward into our environment, along the lines of what are called "tulpas" and thought manifestations?

Coming back to the idea for a moment of words that inspire strange lines of thought, the concept of simulacra, a term borrowing from the Latin meaning essentially that which is like or similar, reveals this deeply rooted desire within humankind to take whatever the essence of our heart, mind, and soul is and project that outward into our environments. The real world isn't good enough; we must take photographs of people and places that catch our eye, and often, we utilize the arts to create representations of those things. Often times, we would rather hang a painting of a beautiful landscape on our mantle, rather than to go there and experience it ourselves. With art, we are capable of taking reality, and making it better and more vibrant that what reality itself can afford.

This same human tendency to project ourselves outward in art could be applied to our tendencies toward creating other kinds of simulacra that borrow from human symbolism. One obvious example that is prevalent in literature especially is that of the artificial man; Mary Shelley's Frankenstein may be the best modern example of the ancient concept where man decides to create not merely a clone of a living body, but a superhuman that improves on it's master's form. The ancient Kabbalistic Jewish traditions involving creation of Golems bears obvious similarity here as well; heading further East, the Tibetans and their Tulpas are yet another representation of taking inner concepts and essences, and projecting those outward in the formation of something like us, but not quite human in the truest sense. 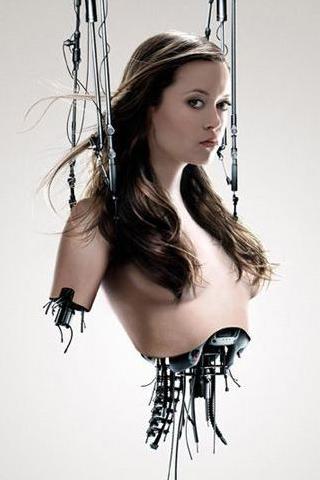 Whether such things are the product of some esoteric ritual or meditation, or instead something that is more nuts and bolts, seems to be of little importance. Today, we do see in the trends toward creation of artificial intelligence that same tendency for humans to take themselves and try and utilize some means of reproducing intelligence, or some aspect of it... perhaps some aspect of ourselves. And yet, while we can think of practical reasons for the creation of advanced artificial intelligence, we less often consider what the driving motivation underlying such activities may be. Why would we seek to do such things, in all honesty? What drives people to create in our image, just as our myths of creation describe God doing with Adam at the Genesis of our species? We are tacked with some innate desire to be creators ourselves, it seems... and while we can justify the practicality behind any such endeavor, it is almost as if the desire to project ourselves into simulacra in our environments is innate; it is something we do not because we can, or simply because we want to, but almost as if we were made to do it.

I can't help but bring this around to an idea rooted in our ancient astronaut theories: that humans themselves were at some point "created" in this same manner by some intelligence that existed (or still exists) elsewhere in the cosmos. What if it is indeed the case that our innate desire to create artificial likenesses of ourselves stems from our own creation, and the circumstances underlying it? Perhaps humanity is indeed a variety of artificial intelligence itself, and we are merely carrying the torch, so to speak, of something those before us began long ago.