UFOs: A Mixed Bag Of Theories

For most people, any mention of UFOs inevitably conjures up imagery of spaceships from other worlds, and alien abductions. However, the theory that UFOs originate in far-away galaxies is simply that – a theory. In reality, numerous suggestions have been made to explain the UFO presence that has, for decades, fascinated generations of saucer-seekers everywhere. Indeed, the fact of the matter is that, like it or not, we're still very much in the dark when it comes to understanding the true nature of what it is that is amongst us, and which, for so long, has interacted with us. Let's take a look at those theories...

One of the most thought-provoking theories offered in an attempt to provide an explanation for aspects of the UFO presence on our world suggests that the aliens are, actually, a very ancient and advanced body of people, closely related to the Human Race, who have lived alongside us in secret – possibly deep underground – for countless millennia. Granted, it's a highly controversial theory, but it's one I delved into deeply just a few days ago right here. Moving on...

U.S. military files demonstrate that only two years after pilot Kenneth Arnold’s now-legendary sighting of multiple UFOs over the Cascade Mountains, Washington State on June 24, 1947, the U.S, Department of Commerce was focused on determining if some UFOs were evidence of ball-lightning. A technical report that was prepared on behalf of the Air Force’s UFO research body, Project Grudge, in 1949, detailed the findings of the DoC’s Weather Bureau in relation to ball lightning. 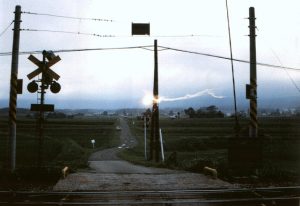 The rare weather phenomenon, the DoC said, was "spherical, roughly globular, egg-shaped, or pear-shaped; many times with projecting streamers; or flame-like irregular 'masses of light.' Luminous in appearance, described in individual cases by different colors but mostly reported as deep red and often as glaring white."

Almost half a century after the DoC's studies, it was announced that after years of secretly investigating UFOs, the British Ministry of Defense had come to the conclusion that aliens were not visiting our planet. The MoD’s assertions were revealed within the pages of a formerly-classified document that had been commissioned in 1996 and that was completed in February 2000.

Titled the Condign Report, the 465-page document demonstrated how British air defence experts had decided that UFO sightings were the result of "natural but relatively rare and not completely understood phenomena" – such as plasmas. Significantly, said the MoD, close proximity to those same plasmas might provoke bizarre visionary-style experiences in the witnesses.

Now on to secret weapons: In the summer of 1947, FBI files declassified under the terms of the U.S. Government’s Freedom of Information Act reveal, one Special Agent S.W. Reynolds of the FBI spoke to a lieutenant-colonel with Air Force Intelligence who was of the opinion that "flying discs, were, in fact, a very highly classified experiment of the Army or Navy." He may not have been wrong. For decades, tales have circulated to the effect that military agencies have been secretly building flying saucer-style craft.

FBI files of 1957 refer to a 1944 sighting at a military base in Germany of an unusual craft described as being "75 to 100 yards in diameter, and about 14 feet high, consisting of dark gray stationary top and bottom sections" – a classic flying saucer, in other words. Similarly, a 1957 British Air Ministry report, classified Secret at the time, stated: "A review by the Daily Worker newspaper of a book recently published on German wartime weapons contained references to a German flying saucer which was flown at a speed of 1,250 mph to a height of 40,000 feet." 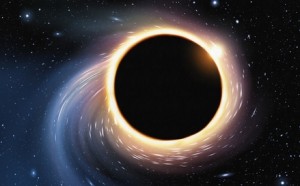 Let's now take a look at the late John Keel's so-called Window-Areas - specific places on our planet that may allow strange entities that co-exist alongside us, in other realms or dimensions, to enter our world via what, today, we might term wormholes. This is an issue elaborated upon and echoed by Marie D. Jones, whose book PSIence, extensively researches the issue of wormholes:

“Traveling through a wormhole would not, as many people might think, mean going faster than the speed of light. In fact, wormholes don’t require light speed at all. It is the time that it takes to travel through the hole that gives the impression of faster-than-light travel. All you really need is a black hole and a white hole and you have your own personal Stargate. The black hole serves as the entry point, and the white hole, the exit.”

Thus, in this particular scenario, the so-called "aliens" from afar are actually our very near-neighbors. Rather than being a star-system away, they're just a dimension away!

Then there's my 2010 book Final Events, which looked at the controversial work of a think-tank-type group in the U.S. Government that spent decades secretly studying the UFO phenomenon and came to the conclusion that the mystery had its origins not in the stars but in the depths of Hell. In other words, it was the group's conclusion that the UFO conundrum has nothing less than fully-fledged demonic origins. 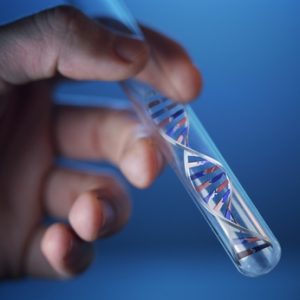 Let's not forget, too, the theory that what many assume to be aliens in our midst might actually be time-travelers from a future far ahead of us, and where the world, and the Human Race, are in deep and dire trouble. The result: the last vestiges of our kind travel back to our time, ingeniously present themselves as extraterrestrials to camouflage their true identities, and - in the process - harvest massive amounts of present-day-era eggs, sperm and DNA to try and reboot the waning Human Race of the future.

So, what does all this tell us? Well, first and foremost, it demonstrates that not only do theories abound for what UFOs may be, but that those same theories are as wildly different as they are deeply controversial. But, there's another important factor: many of these theories - secret weapons, ball-lightning, mind-altering plasmas, and demonic entities - have been addressed not just by UFO researchers, but by government agencies, too.

There is sometimes a tendency to assume that if government departments, intelligence agencies, and military think-tanks are studying UFO reports and classifying their findings, then "they" must have all the answers. What if, however, just like the UFO research community, governments have a lot of data, a massive amount of reports and testimony, and perhaps even recovered wreckage and bodies, but that's all they have?

That one agency says "ball-lightning," another cries "Demons!" a third claims "It's plasmas" and a fourth concludes "secret-weapons," suggests confusion may reign within government just about as much as it does in our research community.

Just because officialdom - like us - knows something strange is afoot in our skies, it doesn't automatically mean it knows - or can prove - the true origins of the phenomenon. The sheer scale of deeply different theories that exist to try and resolve what UFOs might represent shows one thing and one thing only: Sixty-five years after Kenneth Arnold's famous encounter in the Cascade Mountains, Washington State, USA, we really haven't learned, or resolved, much at all concerning what UFOs are. Arguably, that may well apply to governments, too.

Imaginary Creations that will Blow You Away