"Don't move." The sound of the woman's voice was plain and audible, whispered quietly from directly behind him. Nick had just gotten out of bed, and standing beside the door leading into the hallway, he did the first thing that came to mind: he answered her.

"Okay," he said, a little unnerved, expecting maybe to hear further instructions from his mysterious visitor. He had heard nothing more for several seconds, and finally jerked around to see who had been issuing early-morning orders from behind him someplace. And yet, to his surprise, there was no one there. Later that day, he asked if his roommate had perhaps been host to a visitor that Nick hadn't been told about, but his friend denied receiving any such visit, and said he had heard no voices earlier that morning. Perplexed, Nick had to resolve that, despite clearly hearing a woman's voice telling him not to move, there must have been no one present to have actually told him this!

On occasion, strange phenomenon such as this does tend to occur, particularly as one awakes from a sleep state, where disembodied voices can be heard so lucidly as to create the certain impression in one's mind that they are not alone. And yet, on further inspection, more often than not there actually is no one else with you... thus, could such voices merely be products of the imagination? Or might there be something more to such odd utterances from beyond? 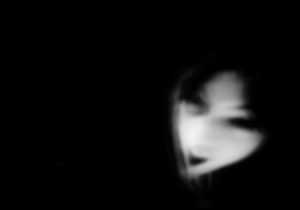 A few Halloweens ago, I had been invited on my friend Jeffery Pritchett's radio program as a guest during a panel discussion of weird and creepy subjects fitting for the season. At some point, we came around to the subject of odd occurrences that happen during, prior to, or just after a deep sleep. My own experiences in this regard have been rather minimal, but I do recall another of the guests telling a particularly odd story of his own, in which similar to my friend Nick, whose story I described above, this gentleman had recalled awaking from a deep sleep and hearing a voice. As the story went, he had been completely awake and aware of his surroundings, but still lying in bed, when he heard a "witchy sounding" voice proclaim, the child is born! Needless to say, this had been a fairly unsettling occurrence for the fellow to have at 8:45 in the morning!

Of course, in a more clinical sense, the sudden appearance of disembodied voices could potentially be related to such things as psychosis just as well--namely the onset of a condition such as schizophrenia. While audible noises can often indicate the presence of mental illness in this way, in the two cases listed here, neither of the individuals seemed to have any history with mental illness, nor did the strange "visits" with odd early-morning voices continue.

Then again, reflecting on the numerous instances where people awaking from a sleep state have experienced the common phenomenon known as sleep paralysis, it may not be that unusual for audible hallucinations to occur when on the verge of waking. But again, my friend "Nick," whose story I discuss above, involved him not only waking up, but getting out of bed and approaching the door leading out into the hallway of his apartment before a voice ordered him not to move. Are there other strange faculties of the mind that could contribute to this sort of phenomenon on occasion, and if so, why is the early morning so conducive to strange disembodied voices and other odd utterances?