In Search of the English Lions

People with an interest in Cryptozoology - the study of unknown animals, but which can also include out of place animals of the exotic kind, too - will have missed the controversy and near-hysteria that accompanied the recent reports of nothing less than a lion on the loose in Essex, England. Of course, the "lion" turned out to be nothing of the sort: almost certainly it was just a large and friendly pet cat of someone living locally. But, this is not the only occasion upon which a lion has reportedly been seen roaming the UK...

Before we get to the "other lions" of England, a word or several from one of the UK's leading cryptozoologists, Neil Arnold, the author of such book as Monster! and The Mystery Animals of the British Isles: London. Neil says of the sorry and surreal saga of the Essex Lion: "Okay, so the rumours circulated that there was a lion on the loose near Clacton in Essex. How many more stories like this are going to be followed up by droves of police officers and reported on my drama hungry papers ? It's a sorry state of affairs, and it's hysteria that makes a mockery of my research because when investigators, as usual, find no evidence of the lion king, everyone starts laughing and saying that there are no large cats roaming Britain." 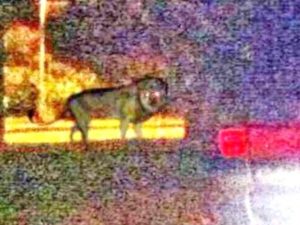 Neil is not wrong. Cases like this one, which saw the press having a great time, the public of the area in a state of near-terror, and the police roaming around as if martial-law had been ordered, do nothing to help the cause when it comes to investigating legitimate sightings of large, mysterious and out of place cats in the UK. Which is a big tragedy, as there's an undeniably real issue to be resolved and creatures to be caught and formally identified.

Now, with that said, let's get back to the English lions...

When it comes to big cats in the UK, one controversy that pops up now and again is that surrounding a man named Lew Foley - who died in 2009, but who was somewhat of a legend in the area  in which I grew up. Back in the 1970s, Foley, who lived in the central England town of Cradley Heath, was taken to court for one very unusual and amazing reason: he kept lions in his back garden. Yes, lions. Real lions. The case against Foley was that he was doing so illegally, which he denied, and the whole thing descended into a farce, particularly so when Foley brought into the court-room a professional lion-tamer to help explain why his, Foley's, "pets" were not a danger to the good folk of England!

But here's the interesting thing: Foley is known to have had in his possession at least five different lions in the 1970s, only four of which can be firmly and fully accounted for. Moreover, Foley spoke openly on a number of occasions concerning his knowledge of various exotic cat owners who secretly released their animals into the wild when the British Government passed new legislation concerning ownership of such animals.

Foley never commented on what happened to his missing lion, and there's no evidence or testimony to suggest it was released into the wild. And since it was never sighted prowling around the area of the UK in which Foley lived, it seems fairly safe to assume it was secretly rehoused with a like-minded owner. Admittedly, though, the mystery of its actual status remains exactly that: a mystery. 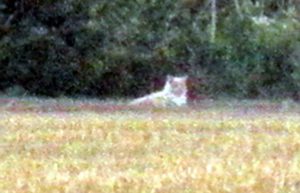 Then there's the 1980s affair of the "Rossendale Lion," which was investigated by Fortean researcher and author Andy Roberts, and chronicled in his classic book, Cat Flaps, which is essential reading for anyone fascinated by stories of out of place, exotic cats on the loose in the UK. As Andy noted in his book, Rossendale is a collection of valleys on the fringes of the Pennines hill-chain about fourteen miles northeast of the city of Manchester. The valley bottoms are heavily populated, but in a matter of minutes, you can be on the high moorland that surrounds the area. It was on farmland bordering this moorland that the Rossendale Lion had its brief moment of glory.

Fourteen-year-old Bury schoolboy Owen Jepson was the first, and one of the very few, people to see the beast: “I just saw its back legs and tail as it jumped over some rushes. The tracks were cat prints. I got books out of the library and decided that it only matched up with a mountain lion,” said Owen. No-one, however, took his sighting seriously - until a number of mysterious sheep killings occurred in the area. The killings took place on the fifty-acre Hawthorn Farm at Whitewell Bottom. The sheep had had the flesh completely stripped from their carcasses and there was evidence that a cow had been mauled, too.

Of course, there's a huge difference between a mountain lion and how most people visualize a lion: namely, the male, maned African kind. But, that emotive term, "The Rossendale Lion" still, today, provokes comments, memories and imagery of a maned lion charging around the neighbourhood - which is actually very far from what the witnesses were claiming. But, it did result in a lion-legend being born. 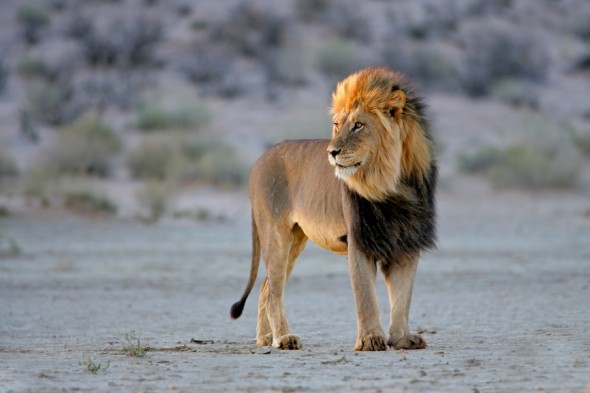 Situated north of Hopwas village in Staffordshire, England is Hopwas Hays Wood, which is comprised of around 385 acres of dense, centuries-old woodland. It was on a warm summer morning in August 1997 when a local family, taking a pleasant walk through the old woods, came face to face with what they claimed was a fully-grown male lion. Not the sort of thing you expect to encounter every day in the English countryside, to say the very least! Not surprisingly, they left - very, very quickly.

A quick call was made to the local police who, although skeptical, were on the scene in mere minutes. That skepticism turned to shock and concern, however, when - as the cops tentatively made their way into the woods - an almighty roar reverberated around the area. The police unsurprisingly backed off, and the Force's helicopter was brought in, which flew over the woods for hours, fully equipped with heat-seeking equipment. Nothing - big cat, fat pet cat, or lion - was ever found.

One week later, however, the local press splashed across the pages of its latest edition the photo of a large Old English Mastiff dog, which, claimed the owner, was in the woods at the very time of the alarm. That the friendly but huge hound weighed in at around 200 pounds convinced many that the "Lion of Hopwas Woods" was nothing stranger than a local pet - albeit a very big pet! As for that almighty and mysterious roar, it was never resolved.

So, where does all this leave us? Well, it seems pretty safe to conclude that lions are not hiding out in the English countryside, or feasting on whatever is unfortunate to cross their paths. But, legends suggesting that is the case date back a long time (the above reports are just a few specifically lion-based ones from my files). In other words, there's nothing new about the Essex Lion - except, maybe, that the publicity afforded the affair reached almost previously unheard of proportions.

And there's one last, and very important, thing to remember: while lions may not call the UK their home, that does not take away the fact that each and every year there are numerous reports of large and exotic cats of a smaller, but no less intriguing, nature seen all across the nation. Britain's big cats, it seems safe to say, are a reality. But they're not lions!

Saucers of the Sea