An examination of files that the DIA has declassified under the terms of the Freedom of Information Act reveals that, in the Cold War environment of the 1970’s, the Agency spent considerable time researching the existence (or otherwise) of extra-sensory perception and psychic phenomena. Not only that; the DIA was predominantly troubled by one particularly nightmarish and nagging scenario: that the Soviets would succeed in using ESP as a tool of espionage and that the secrets of the Pentagon, the CIA and just about everyone else would be blown wide open for Kremlin and KGB psychic-penetration.

Acting on this concern, the DIA (along with the CIA and the Army) began to seriously address the issue of whether or not the powers of the mind would one day prove superior to – or at the very least, the equal of - conventional tools of espionage and warfare. And it was as a result of its intensive study of Soviet research into psychic phenomena for espionage purposes, that the DIA learned of some of the notable advances made by both Russian and Czechoslovakian scientists whose attention was focused on the links between psychic phenomena and the animal kingdom.

In a September 1975 document, Soviet and Czechoslovakian Parapsychology Research, the DIA reveals its findings on animals and psychic phenomena in the former Soviet-Bloc countries. Interestingly, the Defense Intelligence Agency learned that Soviet research into the world of psychic powers in animals began decades previously and focused on attempts to determine the validity of mind-to-mind contact between human beings and dogs. One section of the document is titled Telepathy in Animals. It begins thus:

“Soviet research on telepathy in animals in the 1920s and 1930s was devoted largely to proving that telepathy between man and animals did indeed exist. A good example of the early Soviet approach was research conducted by V.I.M. Bekhterev of Leningrad University, in collaboration with a circus performer, V.L. Bekhterev reported that Durov’s trained dogs successfully solved arithmetic problems and identified or retrieved objects solely on the basis of their trainer's mental suggestion. The results of these tests were controversial, since the dog's performances were good when Durov was present and supplied the ‘suggestions,’ but deteriorated markedly when he was absent and another individual attempted to mentally control them.”

The DIA’s observations that the results of the tests were largely dependent on whether or not a trained circus performer was present should not be ignored. If telepathy is a real phenomenon, as the DIA suspected it was, then it is entirely possible, of course, that Durov had indeed succeeded in generating a mind-to-mind link with his dogs. That the results should have deteriorated markedly when Durov was absent, however, is a matter that must leave this aspect of such research open to question. 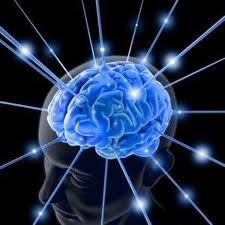 The DIA continued: “Bekhterev's original objective was to demonstrate that telepathy between man and animals was mediated by some form of electromagnetic radiation (FMR), but by 1937, he and other Soviet parapsychologists had concluded that no known form of EMR was the carrier of thought transmission. The EMR theory of information transfer is still unresolved by the Soviets, but is still the major basis underlying much of their research.”

Three decades after Bekheterev’s original research, the Soviets were still working hard to make advances in this intriguing area. In 1962 B.S. Kazhinskiy advanced the theory that animals are capable of visual and aural perception and reflex understanding of the behavior of other animals or humans. He postulated that this ability resulted from the capacity of one animal to detect (via its nervous system), analyze, and synthesize signal-stimuli given off by another animal.

According to Kazhinskiy, the signals were transmitted in the form of a “bioradiational sight ray” and analyzed by the percipient animal as a result of its Pavlovian conditioning. The term “bioradiational rays” is still used by some Soviet and Czech parapsychologists to refer to focusing and concentration of biological energy by the brain and the optical neural channels.

If Kazhinskiv’s research into visual and aural perception was, and still is, considered valid, then it offers the possibility that the entire animal kingdom of our planet may somehow have the ability to utilize highly-advanced mental tools that, largely, elude human beings. But, you don't need to be a mind-reader or a scientist to know that - as anyone who has ever owned a pet will tell you!