Greetings, fellow Coppertops! Our mission this week will be a voyage of both inner & outer space: from the innermost core of our cells to the vast distances between the stars. We'll find strange sounds and menacing creatures, both extinct and soon to be unleashed into the world. And as we indulge ourselves with doomsday scenarios, we'll try to uncover the truth of UFOs, possibly hidden deep in the vaults of area 51. Is everyone wearing their required sunglasses and trench-coats? Then let us commence.

(10) Our first stop in the Matrix is a little parking lot in Leicester, England. Here, archeologists are convinced they have found the rests of Greyfriars church, said to be the final resting place of Richard III, last member of the Plantagenet dynasty, who was later immortalized in the stage play of William Shakespeare. If poor Ritchie was willing to give his kingdom for a horse, I wonder how much he would have given for a Ford Fiesta. 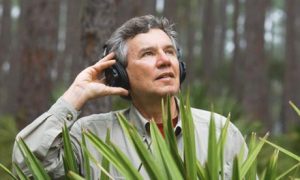 (9) The Bard wrote "And this, our life, exempt from public haunt, finds tongues in trees, books in the running brooks, sermons in stones, and good in everything." The natural sounds of the world have always been one of the greatest sources of inspiration for artists of all ages; so it's all the more disquieting to learn Nature is growing steadily silent. That is the alarming conclusion reached by Bernie Krause, a musician & naturalist who has taken his recorder to the most pristine natural habitats from all over the world, for the last 40 years. Now he says these recordings might be the only lasting legacy of a symphony now deafened by the cacophony of mankind:

"Little by little the vast orchestra of life, the chorus of the natural world, is in the process of being quietened. There has been a massive decrease in the density and diversity of key vocal creatures, both large and small. The sense of desolation extends beyond mere silence."

Are we so hell-bent on bringing about a world in which our only contact to the richness of life once spread throughout the planet, will be through electronic images and sounds transmitted through a screen, like in the movie Soylent Green?

Maybe we should take out our damn head-phones and start to pay attention... before it's too late.

(8) Or maybe the only way to get our attention is by introducing strange new sounds we can't account for? Since this year began, strange videos claiming to show weird sounds apparently coming from the sky have cropped up all over the net. Some people have used them to reinforce their beliefs that Judgement Day is coming, while others have tried to dismiss them as nothing more than hoaxes, or innocent misidentifications.

Now the buzz is coming that the strange sounds are back, and are keeping the residents of West Seattle awake at night, as told by Julie Schickling to the local news channel. But Schickling  did more than just telling her story: she also managed to record the weird hum --and it's definitely eerie!

Angelic trumpets calling for Armageddon, pure paranoia, or the noisy farts from the Spaghetti Flying Monster? Share your thoughts about the sounds in the comment section.

(7) If we're all gonna go, better go with a bang. And by 'bang' I mean the sound of a shotgun as it pulverizes the skull of walking undead. We all know the Doomsday scenario every American is rooting for is the Zombie Apocalypse --finally a chance to use all those guns they've been hoarding like hamsters!-- and it seems that Homeland Security seconds the sentiment: Last Thursday they warned American citizens to prepare for the contingency of a Zombie infestation, following the logic that it takes the same preparations for of a rise of flesh-craving ghouls than it does for a natural disaster like a hurricane or a tsunami --Yes, because double-taping would have been a great protip during Katrina.

(6) Speaking of paranoia, Sir Tim Berners-Lee, the inventor of the World Wide Web, has recently gone on the record to qualm the rising fears about a hypothetical 'kill-switch' which could turn off the Internet, and deprive us of our beloved LOLcats indefinitely:

"In order to be able to turn the whole thing off or really block, suppress one particular idea then the countries and governments would have to get together and agree and co-ordinate and turn it from a decentralised system to being a centralised system. And if that does happen it is really important that everybody fights against that sort of direction."

Nice try, Timmy. But since your recent appearance at the inaugural ceremony of the Olympics, we all know you're just another shill for the NWO Illuminati.

(5) The Net might not have a 'kill-switch' after all, but Nature does. And considering all the great extinctions taken place along several geological epochs, the switch tends to go off with an alarming regularity. So it's obviously in our best interest to learn as much as we can about it, in case we may need to 'hack' our way out of a huge die-off. 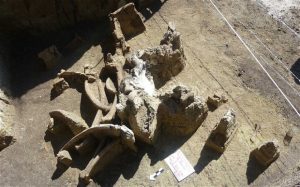 That's why it's so interesting to learn about a large cache of bones from the Ice Age, discovered recently in the state of Hidalgo (Mexico), as reported by the National Institute of Anthropology & History. The remains belong to a wide range of mega-fauna species like mastodons, mammoths, horses, camels, glyptodons --big-ass armadillos-- and even a human tooth. Proof that my nation has always enjoyed a vast amount of bio-diversity --let's just hope the troglodytes we keep in government have enough common sense to preserve our current flora & fauna for future generations.

(4) Back in the Pleistocene there were cheetahs roaming the plains of North America, and if Darpa gets its way, the cheetahs might return once more --although in robot form. The mad-scientist division of Military research have created a 4-legged cat-droid capable of beating Olympic champion Usain Bolt, meaning all the rest of us slowpokes don't stand a freaking chance against this mechanical menace --Fahrenheit 451, anyone?

(3) But not everything those Darpa mad scientists do is all that bad. Take for instance The 100 Year Starship Project (100YSS), aimed to bring interstellar travel from Science Fiction to Science Fact within a single century. Next week a group of big-thinking scientists and space exploration fans will gather in Houston to discuss this awe-inspiring project, which is also backed by former president Bill Clinton.

"This important effort helps advance the knowledge and technologies required to explore space, all while generating the necessary tools that enhance our quality of life on Earth," Clinton said in a statement.

I join my voice with the chorus of people around the world who wish humanity become a space-faring civilization, and to the people behind 100YSS we shout: MAKE IT SO.

(2) Inventing Warp drive will involve a multinational cooperative effort between the best minds the world can offer; not unlike the Human Genome Project in the 90s, which was launched in an effort to unravel the secrets behind how our genes work coordinately to build an entire human body from a single cell. Back in those days the first big surprise the scientists stumbled with, was how much of the DNA code seemed to serve no apparent purpose, and was thus concluded to be the vestigial remnants of our biological evolution, and rudely labeled 'junk DNA' --as if it were nothing but the genetic version of the appendix. 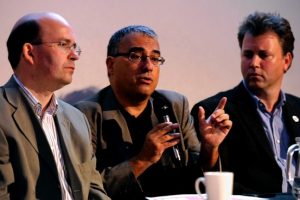 But now scientist behind Encode (Encyclopedia of DNA elements), the successor of the Human Genome Project, have taken issue with this popular misconception, and declared  non-encoding DNA is more important than we thought, and may in fact be the real golden treasure inside our genes.

Turns out the 'junk DNA' is full with regulators, known as enhancers, that are like little switches turning on & off the genes. What all this means, as explained by Dr. Stamatoyannopoulos --a man whose a name almost predisposed him to be involved in long & messy things-- is that many diseases share a common set of regulatory controls, and that "There are variants that may not only increase your susceptibility to one disease but to other diseases as well."

So to all my male readers: take comfort that scientists are also very dedicated in defending the value of their junk.

(1) Remember 2001: A Space Odyssey? In the movie, the Firstborn leave the monolith buried in the surface of the moon, to ensure we would find it only after humanity was ready to understand its message. I've often wondered: what if buried inside the 'junk DNA' there was some secret message left by ancient astronauts? That would certainly boost the credibility of the UFO phenomenon, wouldn't it?

But perhaps the UFO phenomenon must first be taken seriously by mainstream media, before we can entertain the possibility that humanity is the end result of a teenage overlord's science project gone awry. And so we come to the final red pill of this week: an article written by Lee Spiegel at the Huffington Post, announcing some UFO secrets to be revealed by the end of this month, at the National Atomic Testing Museum in Las Vegas.

How ground-breaking these secrets will turn out to be is hard to tell, although judging by the caliber of the participants invited to give lectures during the event --John Alexander, Charles Halt (of Rendlesham fame), William Coleman, Robert Friend and Nick Pope-- we might expect it won't turn into a media fiasco like the Disclosure project Steven Green organized in 2001, where serious witnesses were inter-mixed with cooky characters. So here's hoping we won't be disappointed... again.

Until next time, this is RPJ jacking out, wishing the splinter inside your mind driving you mad feels a lot smaller by now.

In Search of the English Lions