This week, the Victorian state government released its findings into an official investigation into whether Big Cats such as panthers, pumas and cougars are prowling rural Victoria. The study was announced back in 2010 as a pre-election promise by leader of the Victorian National Party, Peter Ryan, following decades of Big Cat reports across Victoria. At the time, Ryan said he believed that “there was enough credible observations” of Big Cat sightings to warrant such a study.

When Ryan made his refreshingly open-minded announcement during the Victorian election campaign, it must have brought some relief to the many Victorians who have encountered Big Cats in the wild. In particular, to the livestock owners whose animals have been mauled to death by some vicious creature other than the usual wild dogs or other predators familiar to farmers. The announcement must have also brought some hope to the many rural communities living in fear of those large, black slinking stalkers, that their concerns were finally being taken seriously and that perhaps something would be done.

Unfortunately, for those looking for answers into the true nature of these large felines terrorising the countryside, and for those seeking confirmation that Big Cats do exist in the wilds of Australia, they would be left disappointed by the Victorian government’s reaction to the study. 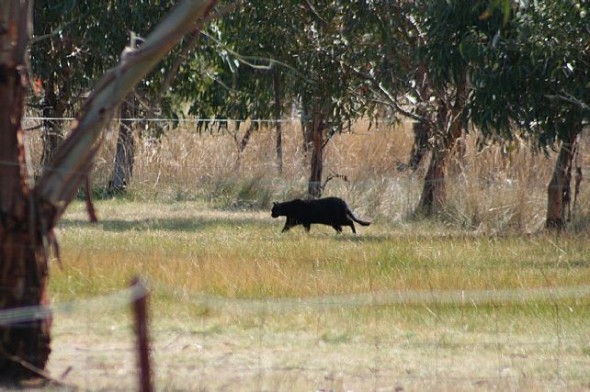 According to the official release: "The study concluded the most obvious explanation for many of the reported sightings of 'Big Cats' over the years is that they were large feral domestic cats."

The Minister for Agriculture and Food Security, Peter Walsh, then went on to say that the case was now closed on the Big Cat issue: "On the basis of the report's conclusions, further work focusing on obtaining primary evidence to conclusively rule out the existence of 'Big Cats' is not warranted."

Fair enough. At least the government took the matter seriously enough to launch an official investigation. And surely, if Big Cats did indeed exist in rural Victoria, the study would have uncovered sufficient evidence. Wouldn’t it?

For starters, the Minister responsible for the official government study, Peter Ryan, (the man holding the purse strings), describes himself as a “Big Cat sceptic” according to a report on ABC Radio this week. One may think back to the Condon Report and its scientific investigation into UFOs. Committee Chairman Dr Edward Condon made it clear publicly that he thought the UFO issue was a load of nonsense, even going so far as to ridicule UFO eyewitnesses. Little wonder then the Condon Report concluded that:

" … nothing has come from the study of UFOs in the past 21 years that has added to scientific knowledge. Careful consideration of the record as it is available to us leads us to conclude that further extensive study of UFOs probably cannot be justified in the expectation that science will be advanced thereby."[1]

While there’s no suggestion Walsh has ridiculed Big Cat eyewitnesses, like the conclusions of the Condon Report, his sceptical, dismissive attitude has no doubt influenced the outcome of the study.

And then there is the way the study was conducted.

How Not to Conduct a Study into Unknown Animals

If you are serious about finding out whether there is an unknown animal prowling the countryside, common sense would suggest that you investigate out in the field. You’d visit known sites where sightings have been reported, collect some possible scat samples, interview witnesses of recent sightings on the spot. You’d also examine any scratch marks on tree trunks and check out any recent livestock kills on site. You could also set up some outdoor motion detection cameras, and maybe even stake out a spot or two for several nights if you were really keen. 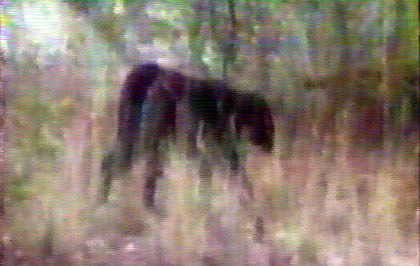 But not in this study. In this study, you sit behind a desk and thumb through past reports, maybe make a few phone calls and speak with a few community groups who have previously raised concerns for the safety of those living within their communities.

I wonder how many new species of plants and animals have been discovered from behind a desk?

We Need a Carcass or Skeleton

In the official media release, Minister Walsh describes the investigation as a “desktop study” and seemingly dismisses it as a “pre-election commitment that was now met”. Does this sound like the statements of someone bent on getting to the bottom of the matter?

However, he then goes on to say that: "Only primary evidence in the form of a carcass or skeleton, or DNA from reliable sources, can establish once and for all whether Big Cats exist in Victoria. Isolated cases involving only secondary or tertiary evidence are not enough.

"On the basis of the report's conclusions, further work focusing on obtaining primary evidence to conclusively rule out the existence of 'Big Cats' is not warranted".

Wait a minute. How do you expect to come up with primary evidence, such as a carcass or skeleton, or even DNA evidence, from behind a desk?

Not as Conclusive as Minister Would Have us Believe

To be fair, the senior zoologist responsible for conducting the study, Peter Menkhorst, did the best he could under the terms of the study and with the resources available to him. And despite the constraints, Menkhorst’s report was not as conclusive as the government would have us believe.

While the study concluded that: “Available evidence is inadequate to establish that a wild population of ‘Big Cats’ exists in Victoria” and that “the most parsimonious explanation for many of the reported sightings is that they involve large, feral individuals of the Domestic Cat Felis catus,” Menkhorst also stated that “some evidence cannot be dismissed entirely, including preliminary DNA evidence, footprints and some behaviours that seem to be outside the known behavioural repertoire of known predators in Victoria”.

And on ABC Statewide Drive, Menkhorst denied that his study conclusively proved that Big Cats did not exist in Victoria, as the government appeared to suggest.

"I wouldn't go that far; in fact my report says … the available evidence is inadequate to conclude a wild population does exist, but it does admit in some cases the identity of some animals is inconclusive. It's saying it's highly unlikely; whilst there's a large amount of anecdotal evidence for the presence of Big Cats – but counter-acting that and making a much stronger case than that is the negative evidence of decades of formal research and survey that's been done in Victoria by people like my colleagues... university zoologists, Museum of Victoria and so on that have turned up not a shred of evidence..."

So, rather than closing the case on Victoria’s Big Cats once and for all, the Australian Big Cat Study that Wasn’t leaves many unanswered questions as to the true nature of those large, black felines seen stealthily prowling the Victorian countryside.

Andrew Nicholson
Andrew Nicholson is an author whose articles have been featured on sites like The Anomalist, Mysterious Universe, paranormal.about.com and weirdaustralia.com — the latter of which he created himself. His articles have been linked to from popular sites such as Cryptomundo, jimharold.com and Coast to Coast AM. He's also written the book "Weird Australia: Real Reports of Uncanny Creatures, Strange Sightings & Extraordinary Encounters".