The Cold Stare of The Priest

Something dark lurks aboard the train cars of San Francisco, California’s, Bay Area Rapid Transit system. Numerous reports of a dark, ominous figure stalking lone passengers have been reported throughout the past ten years. This is one story.

Unusual cold saturated the Bay Area in December 2009, the below-freezing temperatures the lowest in ten years. Erica sat at home that day, the first week of winter break, enjoying the warmth of indoors, while her roommate Charlotte was out Christmas shopping. When Charlotte came home, she bolted into the house, slammed the door, and quickly locked it.

“She was seriously upset,” Erica said. ”I have known Charlotte since we were seniors in high school and this woman is grounded, down to earth. I have never known her to be a person who plays games, makes up stories or even is prone to exaggeration.”

But what Charlotte told Erica was bizarre, terrifying. As Charlotte sat on the couch, the fear that gripped her showed in her trembling hands.

“When I saw the state she was in I was concerned that something serious had happened to her or her family,” Erica said. She couldn’t have foretold what Charlotte would say. “She told me she had seen a ghost. I was about to laugh, but when I saw her face I stopped.” 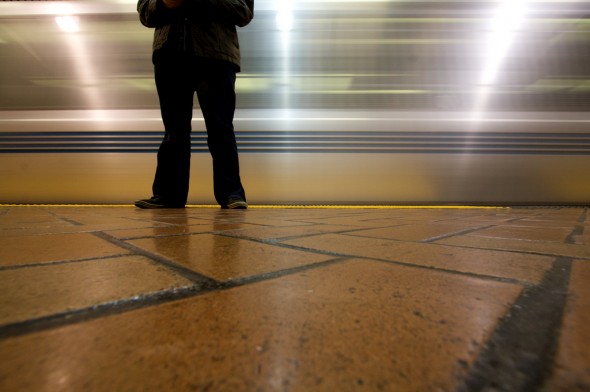 Charlotte’s eyes were wide, her face pinched in fear, her skin pale. Erica took Charlotte’s hands in hers and asked exactly what she’d seen.

Charlotte had ridden her bicycle shopping, but the cold drove her to take a Bay Area Rapid Transit train home. She stepped onto the last car, reserved for cyclists, and stood at the back, leaning on her bicycle.

“She was talking to a friend who also happened to be on the train at the same time,” Erica said. “They were glancing around the seating area because supposedly another friend had also been boarding the train.”

The second friend must have boarded another car, because he wasn’t sitting amongst the scant few passengers amongst them.

“Charlotte said that she got a good look at everyone else in the car at that time,” Erica said.

The friend said good-bye a few stops before hers and detrained along with the rest of the passengers in the car. Charlotte she sat in the middle section with her bicycle leaning on the seat in front of her, when she saw someone who shouldn’t be there.

“No one came on her car, but when she looked up, she saw a priest standing in the aisle,” Erica said.

The man seemed to want to sit where Charlotte had her bicycle, so she stood to move it. The Priest, a tall man in black religious habit and white collar, didn’t move. He just stood in the aisle, blocking her way, and trapping her in her seat. 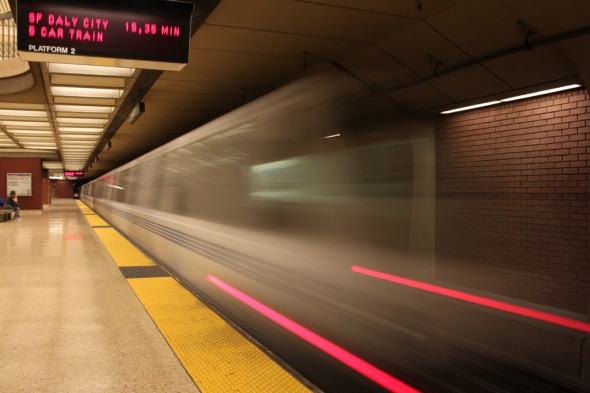 The Priest stood in silence. Then she got a good look at this man; his appearance was startling. Charlotte stands five feet, eleven inches; this man looked down on her, his frail figure at the point of anorexia. A bright red patch of skin that ran down the side of his face and onto his neck a stark contrast to his scant pale hair, and bone-white, waxy skin.

“Charlotte felt like he might be attempting to intimidate her so she said loudly ‘Do you want my seat? I’ll move,’” Erica said. But the Priest simply stood there, staring. Frightened, Charlotte climbed over a seat to distance herself from this ominous man.

“At this time she noticed his eyes were white and said she felt like a dork because it occurred to her that he could be vision impaired,” Erica said.

Relieved, she more calmly again asked the Priest if he wanted to sit, but he wouldn’t respond. Then fear rushed over her again.

“He finally looked at her,” Erica said. “She said that by the way his eyes moved to follow her movement, he was not vision impaired.”

In complete silence, the Priest took the seat Charlotte had vacated. She moved toward the exit wither her bicycle, pressing her back against the door, facing forward, but keeping the Priest in her periphery.

The train pulled away from the Powell Street stop; neither Charlotte nor the Priest moved. As the train pulled into the Montgomery stop, where Charlotte would thankfully step off this train and away from this haunting figure, she grabbed her bicycle and began to move through the opening door.

“As she was leaving she turned to see if the Priest was still there, only he wasn’t,” Erica said. ”There was no place he could have gone.”

Still half on the train, Charlotte scanned the platform, but the Priest was nowhere to be seen. The open door she stood in was the only exit he could have gone through, but he hadn’t. He’d disappeared.

Confusion swam through Charlotte’s mind as she stepped back into the car and looked for this Priest.

“There was no trace of him,” Erica said. “She looked in the next car, but there was no Priest.”

Charlotte was convinced she’d seen a ghost, but had she?

Other BART commuters have reported this intimidating, frightening Priest, such as Valery Denny whose story appeared at Mysterious Universe in October 2011.

Longtime paranormal researcher Brad Steiger is familiar with entities like the Priest, and knows it’s not a ghost. The Priest may be something far more sinister. “These strange entities masquerade as humans and generally carry off their charades for some time without detection by unsuspecting humans,” he said.

Steiger had collected a number of such encounters when he stumbled upon “Adventures with Phantoms,” a 1946 book written by British author R. Thurston Hopkins. Hopkins had expressed similar concern about entities people encountered on the streets of London.

Hopkins wrote in “Adventures with Phantoms” that he believed entities such as this were not living, but not dead. “He discovered, as had I in collecting such accounts of these entities, that they mimic us and pretend to be as we are, but they are not truly of our kind,” Steiger said.

Steiger, like Hopkins, has uncovered numerous encounters with such entities; encounters that seemed normal, at first.

“Some of the percipients whom I have interviewed who have encountered such entities have described how they had engaged in lengthy conversations in stores, bars, restaurants, parks, public transportation with the beings before they noticed that something wasn’t quite right with their companion,” Steiger said. ”As some have phrased it, ‘He/she was ninety-five percent all right, but there was about five percent that just didn’t fit, that was very wrong, that didn’t belong.”

Which fits the encounters with the Priest. “This ‘Priest’ seems quite hostile,” Steiger said. “Even a bit malevolent.”

Charlotte experienced nightmares for almost two months after her encounter with the Priest, along with uncharacteristic instances of terrifying sleep paralysis.

“I can tell you because I lived with her that these experiences were very upsetting,” Erica said. ”I would wake up to her screaming. I know that she went to see her doctor and was given a sleep aid, which did help for a while, but did not make her nightmares stop.”

Though this experience happened three years ago, it still frightens Charlotte who refuses to talk about it, although she gave Erica permission to do so.

The Science of Ghost Hunting: Logical Leaps of Faith