The Future of Cryptozoology

Just recently, I wrote a post here on the subject of the future of Ufology. It was an article with which some agreed, others didn't, and a few complained about. So it goes! Well, it's time for another post that will no doubt provoke similar responses. In the same way that I have a deep interest in UFOs, I also have a great passion for cryptozoology - the study of unknown animals, such as Bigfoot, lake-monsters, sea-serpents, the Abominable Snowman, the Chupacabras, Mothman, and werewolves. But, what does the future have in store for those of us that chase what, in simple terms, are termed monsters? Let's take a look...

Within cryptozoology, there's plenty to look for and find, but what actual successes have been made? Have any successes been made, or is just the case that we have a lot of reports? And, yes there is a difference, a big one: a pile of papers, stacks of files, and a tidy number of thumb-drives do not equate to answers or proof.

In terms of securing hard evidence (and, no: film-footage, testimony, and photos - as good as they may be - are not evidence either) that very much depends on how you, me, or anyone else in the cryptozoological community views the many and varied cryptids of our world. It's no secret that many people in the creature-seeking arena respond to my opinions on cryptids with (in varying degrees...) hostile eyes, rolling eyes, shaking heads, and waving hands of dismissal. Yep, like all mysteries throughout the entirety of human history, personal beliefs provoke emotion-driven responses of an utterly arms-folded, defensive nature. Hell, I don't care though. I tell it as I see it, like it or don't like it. 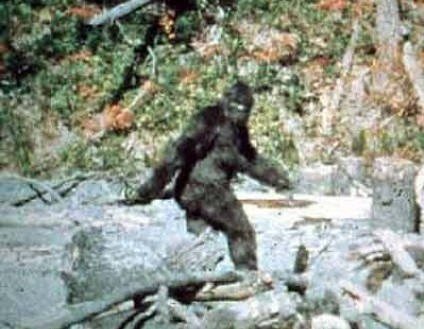 Let's start with the that huge hairy thing of the woods: I'm totally fine and utterly confident in telling people that if Bigfoot is just a giant ape and nothing else I'll eat my hat (well, I would if I had one). But, the fact of the matter is that Bigfoot is deeply weird. Too weird. Beyond weird. Got it?

There are cases of Bigfoot vanishing in a flash of light, of cameras jamming at the crucial moment, and of Sasquatch seen at the same time and place as UFO activity. And let's not forget those occasions when gun-toting Sasquatch-seekers, or terrified witnesses, claim to have shot at Bigfoot, only for the bullets never to kill it. Not even once. Or, even if such a claim is made, the corpse never surfaces or is always steeped in controversy (remember the Minnesota Iceman?).

"Biggie" has been reported all across the USA for decades (or maybe, as a study of Native American history and lore suggests, even hundreds of years), so why don't we have at least one specimen - living or dead in our possession? It's not like we're talking about an unidentified type of 2-inch-wide spider that hides in the undergrowth. We're talking about 6-9-foot-tall (maybe even bigger!) apes living all across the United States of America, and in some cases very close to big cities.

A perfect case in point: I live only a short drive from Dallas, Texas. In around just one-hour, I can be in prime Bigfoot country. Yes, giant apes that would dwarf Goliath himself roaming around only sixty minutes from where JFK got whacked by, well, whoever! The idea that such immense, lumbering beasts - so close to cities populated by millions of people - could forever hide from us and never get captured or killed with a 100 percent success rate - 100 percent of the time - is clearly ridiculous. Unless Bigfoot is more or less than it seems to be.

The same goes for lake-monsters. Let's use Loch Ness, Scotland as an example. Some say the creatures are plesiosaurs, others say huge eels, and then there's the theory they are giant salamanders. But, the fact is that Loch Ness is steeped in additional weirdness: Aleister Crowley had a home there (Boleskine House - later owned by Led Zeppelin guitarist, Jimmy Page), and tried, while in residence, to conjure up demons. He may very well have succeeded. Moving on from Crowley, big cats have been seen prowling around the shores. Men in Black sightings and UFO encounters abound. And the loch has a resident ghost from the Second World War.

Loch Ness, then, is saturated with Fortean activity and phenomena, which has, quite reasonably, given rise to the theory that - as with Bigfoot - lake-monsters may be even stranger than mere flesh and blood animals. The same can be said for Mothman, for the Chupacabras, for sea-serpents, for...well, you see what I'm saying, right?

It's simply not enough for cryptozoologists to say words to the effect of: "Well, these things are very good at hiding from us." And here's why it's not enough: to accept that answer, we have to accept that Bigfoot (and all the rest) have - on every single occasion in the history of their existence - ensured that we never, ever get our hands on a corpse or a living specimen.

No large animals on the planet are totally successful at denying their existence to us every minute of every day, of every week, of every year, of every decade...except for cryptids. That should tell us all something. But, amazingly, for many, it often doesn't!

To go with the strictly flesh-and -blood angle, we also have to accept that these beasts don't make mistakes, such as getting hit by a truck while crossing a dark road in the woods late one night, getting shot by a hunter, or dying of old age and being stumbled on by someone out in the woods.

Yes - before someone chimes in loudly - I know that nature soon takes care of dead animals in the wild. But, my point is this: I'm not asking for corpses of Bigfoot, or the Chupacabras, or the Yeti, or the Yowie to turn up day after day, week after week, or month after month. I'm just asking for it to happen once. ONCE! It never has. And, for me, at least, this total , never-ending elusiveness suggests mainstream cryptozoology is on the wrong track. But can it get on the right track in the years ahead?

Of course, as far as the future is concerned, the field can continue as it has done for decades: analyzing photos and film-footage, collecting eye-witness testimony, and going on field-expeditions. There's nothing wrong with that, I should stress. It's all vital and necessary. But, for cryptozoology to get beyond just more photos, more reports, and more filing-cabinets and find actual answers and proof, it needs to shake off its far-too-rigid belief systems and learn to embrace the weirder side of the subject. The very weird side. 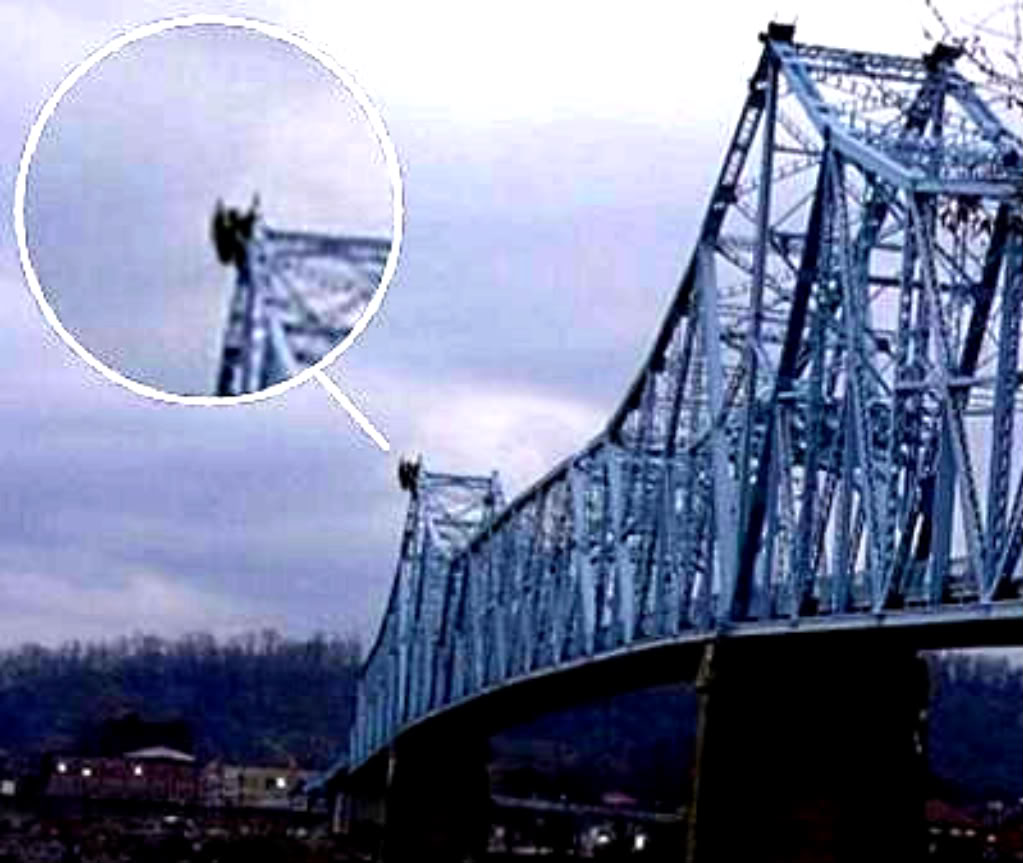 If it doesn't, in 100 years from now cryptozoology will be exactly where it is today: studying even more photos and testimony, but still lacking hard answers as to why these "things" seem so tangible at one moment, yet so elusive and near-ethereal the next.

I'm not totally ruling out that the unknown animals of our world may be flesh and blood in nature, but the big problem of their overwhelming and never-ending elusiveness is, well, a big problem! And so many cryptozoologists are seemingly content to dismiss such a problem with barely a thought. But, we should give it thought. A lot of thought.

Now, don't get me wrong: there's no doubt in my mind that the many and varied cryptids of our world are real. But it's the nature of that reality we need to figure out. That's what the future of the field should address. And needs to address.

For how many more years (decades? centuries?) will we endlessly collect reports, file them away, and assume that, somehow, this means we have some answers? I hope not many! For one reason: we don't have answers, to any of them. Bigfoot, Nessie, the Yeti, Mothman, Owlman, the Goat-Sucker, the Jersey Devil, Ogopogo, the Yowie, etc, etc, are still what they have always been: enigmas. And, when we dig deep, we find they are very weird enigmas that go far beyond those one would expect to see in normal animals.

Cryptozoology needs a shot of alternative, deeply Fortean thinking to succeed and to prove it's not wasting its time, because a shot from the rifle of a hunter has never worked and clearly - by now - never will. We need to know why. The future awaits. It's the choice of the crypto-field to grab that future by the horns or not.

Fade to Brown: The Curious History of a Famous Phantom Photo