Imagine the scene: it's 1972 and two young boys, playing in their back-garden in the old northern England town of Hexham, unearth a pair of creepy-looking stone heads. Believed by some to have ancient Celtic origins, the heads seemingly provoke a wide and unsettling range of paranormal phenomena, including the manifestation of a bizarre beast in the area. Then, when an expert in Celtic history gets involved in the saga, a monstrous werewolf-like creature materializes in her home in the dead of night. Over time, the heads provoke yet more mystery and mayhem, finally vanishing under strange circumstances, but never forgotten by those obsessed with, and intrigued by, such terrible things.

Sounds like the perfect plot for one of those old, classic Hammer Films of the 1960s, right? Yep! Except this story is all too real. At least, parts of it are. The brief summary I have described above represents a very broad outline of what has generally been accepted about what have notoriously become known as the Hexham Heads. But, now, thanks to the sterling research and writing of Paul Screeton, we finally have the full story of what really happened. Or, at least, as full a story as we're ever likely to get after forty years.

In his new 260-page book on the subject - Quest for the Hexham Heads, published by CFZ Press - Paul, who has had a deep interest in the affair since the 1970s, sets off determined to finally lay the matter to rest, once and for all. And, I have to say, he does a damned fine job! 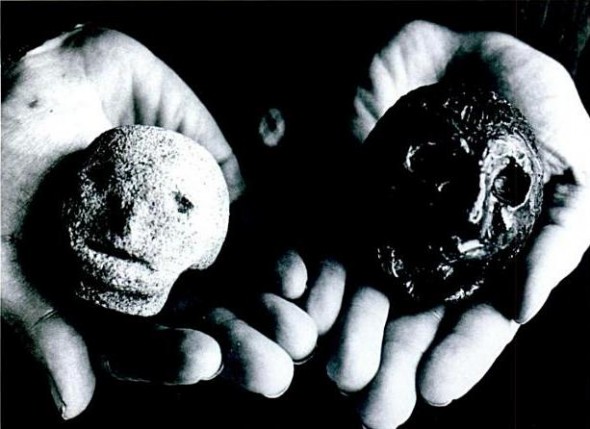 It's important to note that as well as being a Fortean (and the author of one of the funniest books I have ever read, Mars Bar and Mushy Peas), Paul is also a journalist of many years. Decades, actually. And, he applies every journalistic tactic and trick of the trade to get the answers he seeks. Written with clarity and wit, and soaked in eerie, macabre atmosphere, Quest for the Hexham Heads is somewhat of a road-trip (for both Paul and us, the readers) that takes us back to the dawn of British culture, and right up to the modern day. And not forgetting numerous places, and times, in between, particularly the early-to-mid 1970s.

And in doing so, Paul  crafts what is, for me anyway, the best Fortean-themed book of 2012. It's one that should not only be considered required reading for anyone with an interest in the supernatural mysteries of our world and what makes people tick, but on a par with John Keel's classic, The Mothman Prophecies - also, of course, a book focusing on deeply strange events and a memorable cast of characters in a small town.

While Quest for the Hexham Heads is obviously a deep study of the notorious heads themselves, it's also a book that is very much about the players in the saga. Paul, again using the approach of a seasoned journo, realizes that where there's a weird story, there's usually a high degree of interesting people, too. And we get to meet them all. Or most of them anyway.

We're introduced to the two lads who found the heads (one of who, now in his early 50s, agrees to an extensive interview, which makes for fascinating and eye-opening reading); we're treated to the story of how the media got involved in covering the story, which, as a result escalated and altered; and we're exposed to the way in which even the neighbors began to suffer from what many believe to have been the paranormal influence of the terrible heads. And that's just the beginning. 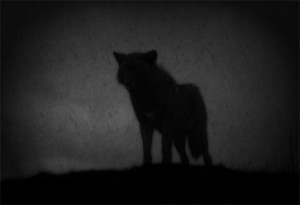 Then there's Dr. Anne Ross, a fascinating character and author who pops up repeatedly throughout the entire affair, and certainly a person without who the Hexham Heads would never have become so intertwined with werewolf lore. But, as Paul chases down the full story of the good doctor and the pesky stone heads, he learns, very intriguingly,  that she has a link to paranormal wolves that pre-dates the Hexham affair by many years. And did I mention the were-sheep yet? Yes, you did read that right!

Moving on, Paul lays out for us a fine history of the Celts, the long and weird story of carved stone-heads in the UK, and what they meant to their makers, as well as a good, solid study of lycanthropy in the British Isles. And he also demonstrates something very strange: that the heads seem to forever be one step ahead of him as he attempts to trace and track down their current whereabouts. Indeed, they seem to pass from hand to hand with alarming and dizzying speed (some might say magical speed), to the point where the task in-hand to find them would likely give the likes of Holmes and Watson blinding headaches.

But it's not just intrigue and adventure that fill the pages of Quest for the Hexham Heads.

As well as a fair amount of conflicting memories on the part of the key characters, there's also a very deep, malignant atmosphere surrounding the two Hexham Heads. It's an atmosphere dominated by bad luck and ill health for those that, perhaps, got a bit too close to the paranormal, stony pair than they should have. On the lighter side, however, there's the definitive trickster-style character who claimed that he made the heads only a few decades ago, and that all assertions of them being Celtic heads possessed of strange powers are nonsense!

And that's what I mean about Quest for the Hexham Heads being such a great book. You couldn't make up a story like this - or the characters immersed in it - if you tried!

Paul Screeton has done the field of Forteana a great service by finally getting to the truth - as much as one can - on a classic case that, when it comes to the paranormal, contains a bit of just about everything. And, leading the pack of course, are those heads, still enigmatic and still provoking anxiety, interest, fascination and even a fair degree of fear and trepidation four decades down the line...