Mutilations on the Moor

If there is one thing I like to highlight when it comes to cases of a definitive Fortean nature, it's when they - largely, at least - get forgotten about. After all, it's vital we keep the old events alive, if for no other reason than to see what we may be able to learn from them. There's a classic example - for me personally, anyway - which springs firmly to mind and which contains absolute key ingredients of a whole host of puzzles: animal mutilations, Men in Black-type telephone interference and hassle, UFOs, and a wild and mysterious location. It all took place more than thirty-five years ago, but it is an affair that is still talked about in hushed and whispered tones by those involved and those who still remember it...

The early morning of April 11, 1977 was a very strange one indeed: no less than fifteen wild ponies were found dead at Cherry Brook Valley, Dartmoor, Devonshire, England, by a Tavistock shopkeeper named Alan Hicks, who had been crossing the bleak, often-windswept, ancient moors with his children.

It was not until mid-July, however, that the media began widely reporting on the incident to an in-depth degree. Newspaper articles in my possession show that the story travelled as far as South Africa. Indeed, the Durban Daily News recorded on July 15 that: “Men in masks using metal detectors and a Geiger counter yesterday scoured a remote Dartmoor valley in a bid to solve a macabre mystery. Their search centred on marshy grassland where fifteen wild ponies were found dead, their bodies mangled and torn.”

While other investigators were looking for hard evidence of malnutrition, disease, poisoning, or even gunshot wounds, the four men in question were seeking proof that visiting extraterrestrials were responsible for each and every one of the deaths. If a UFO had been in the vicinity, suggested John Wyse, the founder of the Devon UFO Center, to which the four men were all attached, it was not at all inconceivable that evidence of such a landing just might still be discernible; although none was ever found, it must be admitted.

According to a spokesperson of the Dartmoor Pony Society, however, they felt that the ponies had probably died of wholly natural causes on various parts of the moors and had been simultaneously dumped together by a farmer who was unwilling to bear the costs of their burials. 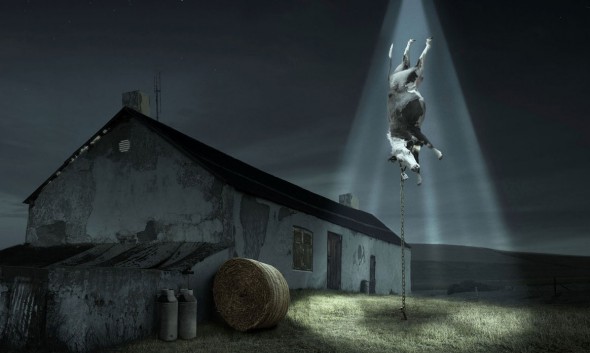 Numerous other theories were postulated at the time; however, the trail went icy cold until pretty much 1991 when a great mate of mine, Jonathan Downes, a prolific author, journalist, investigator, and the director of the Center for Fortean Zoology, began to probe the case. Jon – who was living in Devonshire at the time, and who still resides there to this very day - succeeded in tracking down a number of those people that had been quoted by the newspapers some fourteen years previously.

Curiously, Jon detected a very distinct reluctance to talk, even after almost a decade and a half. Even more bizarre, one of those same individuals, who strictly adhered to a non-paranormal explanation for the pony deaths, complained to a research colleague of Jon’s acquaintance for constantly pestering her day and night by phone, when, in actuality, the only contact had been one, solitary telephone call. 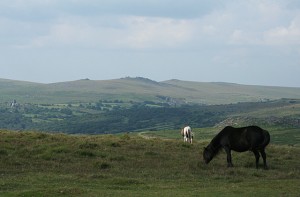 As Jon astutely and correctly noted, this was all highly reminiscent of the legendary Men in Black-related experiences of the writer John Keel, who stated in his book, The Mothman Prophecies with regard to such annoying and mysterious telephone victimization:

“I kept a careful log of the crank calls I received and eventually catalogued the various tactics of the mysterious pranksters. Some of these tactics are so elaborate they could not be the work of a solitary nut harassing UFO believers in his spare time. Rather it all appears to be the work of either paranormal forces, or a large and well-financed operation by a large and well-financed organization with motives that evade me.”

As for the ultimate outcome, well, the 1977 pony deaths on Dartmoor were never resolved to the satisfaction of everyone, and, with the investigation of Jonathan Downes having eventually hit the proverbial brick wall, so the telephone assault duly faded away, too. But, the case remains, as does the legend , the mystery and the air of menace...