Sea Serpents on the Loose!

The origins of Halifax, Nova Scotia date back to May 14, 1749, when one Edward Cornwallis, a Lieutenant with the British Army at the time, set sail from England aboard the HMS Sphinx. The purpose was to develop a significantly-sized new British settlement in Canada that would be a viable counter to France’s powerful and strategically significant Fortress of Louisburg. Along with Cornwallis were more than 2,500 settlers and fifteen ships, all ready for the impressive and ambitious task in-hand.

On June 21, the fleet arrived and development duly began. It was hardly a peaceful time, however. Outraged First Nations Micmac people launched deadly attacks on the British for what they saw as flagrant disregard of an earlier treaty guaranteeing peace and, worse still, as outright theft by the Brits of Micmac land. The so-called Seven Years’ War of 1756 to 1763, in which the Micmac tribe was allied with the French, added to the large-scale turbulence and death, until, that is, victory came to Britain, and Halifax began to develop and thrive ever more.

Today, Halifax is a busy municipality with a population of more than 400,000, and a place that, as well as very much keeping up with the times, has successfully retained its old-world charm, its rich history, and its captivating architecture that hark back to a time long past. It was also a place that, in the 19th Century, was packed with sea serpents! 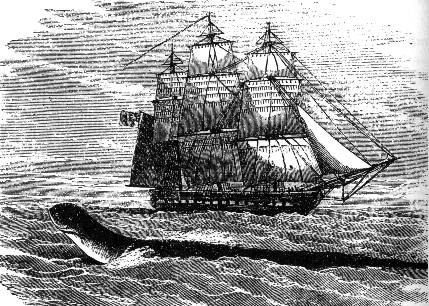 The afternoon of July 15, 1825 turned out to be a most memorable one for an amazed group that included a William Barry and a certain Mr. Goreham and his family and servants – all of who were in the harbor area of Halifax when from the waters surfaced, well, something. They were all clear on, and deeply shocked by, the nature of the mysterious creature briefly in their midst. Very much snake-like, it was around sixty-feet in length, and propelled itself along the waters in an odd and curiously unsettling wiggling motion.

Then, on May 16, 1833, the crew of a British naval vessel had a close encounter of the monstrous and serpentine variety near Halifax’s St. Margaret’s Bay and Mahone Bay. One of those aboard the ship, Henry Ince, said of the crew’s remarkable experience:

“At the distance of from 150 to 200 yards on our starboard bow we saw the head and neck of some denizen of the deep, precisely like those of a common snake, in the act of swimming, the head so far elevated and thrown forward by the curve of the neck as to enable us to see the water under and beyond it. We were of course all taken aback at the sight, and with staring eyes and in speechless wonder stood gazing at it for full half a minute: there could be no mistake, no delusion, and we were all perfectly satisfied that we had been favored with a view of the ‘true and veritable sea serpent.’”

Two decades later, just such a beast was back yet again. 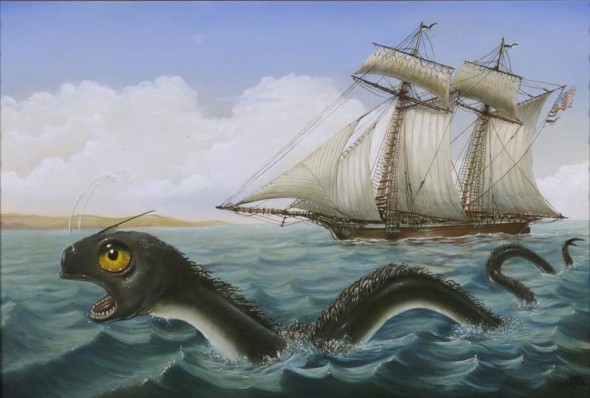 Early one morning in August 1853, a man named Peter McNab, Jr. caught sight of a true serpent of the seas off Ives Point, which provides a panoramic and captivating view of Halifax’s spacious harbor. In McNab’s very own words, recorded at the time, he said of the creature that he came within one hundred yards of: “At 6 ½ o’clock this morning, when returning from McNab’s Island I saw a Sea Serpent over 20 feet long, between the Red Buoy, and the NW point of the island moving very rapidly. It greatly resembled a large eel – had a very small head raised 2 or 3 inches above the water, and it moved in an undulating motion.”

It’s worth noting that just over twenty years later, McNab wound up in Mount Hope Asylum – today the Nova Scotia Hospital - having gone utterly insane and found guilty of grievous bodily harm. He died there, shortly after his incarceration. One hopes it was not the enduring, horrific memory of the monster of the deep that provoked McNab’s madness and death.

Do giant, marauding sea serpents still haunt the mysterious waters of Halifax, Nova Scotia? Perhaps they do. And, should you ever decide to take to those waters yourself, you may very well want to keep that possibility firmly in mind! You know, just in case...

Fearful Forteana From the (Not-So) Fringe