The Web in the Sky

As Margie Kay stood outside her Independence, Missouri, home on 26 September 2007, she felt as if she were being watched. The feeling dragged her eyes upward to the night’s sky, only the bright stars visible through the city lights. She knew something was there; something she couldn’t see. She stared for about ten minutes, but nothing appeared.

So she relaxed her eyes and focused on the night instead of trying to find an object, and something slowly grew in her vision – something she didn’t expect.

“I saw this dark, black web-like material that looked like it covered the entire night sky,” she said. This web formed a grid overhead, crisscrossing the sky like a great, black net. “The matrix looks very black, and darker than the night.”

What was it? Kay wondered. And could anyone else see it?

The next night Kay took her daughter Maria outside and asked her to look upward as she had.

“I did not describe the thing in its entirety to my daughter, but just as soon as I told her how to look she saw it sure enough, and described exactly what I was seeing,” Kay said. “It looked the same on both nights.”

Kay, assistant state director of the Mutual UFO Network, posted on a message board her sighting of the matrix, this black grid spanning the sky, and she quickly found she and her daughter weren’t alone. 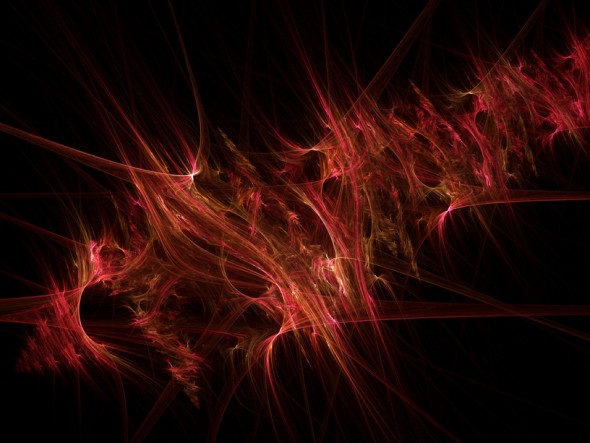 “I’m not sure what to say right now,” a poster named JT responded. “Your description felt directly spoken to me. The night before I was looking at the night sky and saw what you described as a web. It wasn't a thing you could touch but it was everywhere. I thought it was the grid of the universe that connected everything.”

As JT looked at the grid, he pulled his eyes down to look at the ground and at himself because he was sure this “grid of the universe” was also connected to him, but it didn’t extend to him; the grid remained in the sky. As he observed it, he heard it hum.

“Not an audible hum, but more like a hum of life. It seemed active,” JT said. “I felt an energy that I suddenly wasn't oblivious to any more. I had a feeling of, ‘Okay, I get it now.’ So I guess to answer your question, yes, I saw the web.”

Kay has watched the night’s sky for years, and this web grid remains.

“It is still there every night,” Kay said. “It looks the same all the time. It is the same dark, random, web-like structure. I did a meditation on it last night and feel that this is something that connects everything in the universe.”

Kay has discovered more people have seen it this black grid. A man she’s chosen to keep anonymous contacted her in 2007 to report what he saw – and he came to the same conclusion as JT and Kay.

“My instincts told me as soon as I saw what you are referring to as the grid that this was what connects all things in the universe,” the man wrote. “I wasn't sure if it was a causeway, a plane of inter-dimensional transfer, or merely a set of space train tracks but I felt as though it could take you anywhere. It was an almost immediate acceptance I felt that this was what it was, and keep in mind I wasn't trying to see it, I just could.” 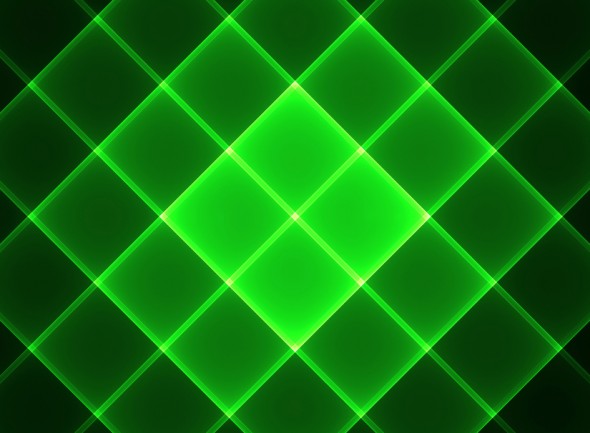 Kay has studied the matrix for the past five years, and said it not only connects parts of the sky, it connects everything, including time. Kay remote views, and has turned her inner eye toward the matrix.

“I believe it is something that has been there forever and is some type of information system or even a protective grid that surrounds the Earth,” she said. “So far, I have only come to the conclusion that it could be used to see the past, present, or future, to speak with people in different time periods and at any location on the Earth.”

Kay claims she has spoken with some of these people. “When we spoke it was as if I was talking to someone with a high level of awareness,” she said. “I am still stunned by how this works.”

Although Kay’s investigation continues, she is certain it is some kind of energy field.

“I'm still working on deciphering what exactly it does,” she said. “But I have noted that some UFOs and balls of light seem to travel on it and this is where the craft move at a 90 degree angle without stopping. Perhaps this is what Tesla was after for free energy.”