A large, forested plateau that borders the Trent Valley to the north and the West Midlands to the south, the huge and picturesque Cannock Chase has been a consistent feature of the Staffordshire, England landscape for near-countless generations. Following an initial invasion of Britain way back in A.D. 43, Roman military forces headed in a southerly direction to what is now the town of Cannock and along a major and historic Roman road that, today, is called Watling Street. The surrounding countryside was a widespread, tangled mass of forest even in those early times, as can be perfectly demonstrated by the Romans’ name for the area back then: Letocetum, or, in modern and far more atmospheric terminology, the Grey Woods.

Designated officially by the British Government as an Area of Outstanding Beauty, the Cannock Chase runs to approximately twenty-six square miles of thick woodland and heath and, over the years, has seemingly acted as nothing less than a veritable magnet for all things supernatural, paranormal and conspiratorial.

In 1991, a former U.S. Air Force intelligence officer named Leonard H. Stringfield revealed his knowledge of the crash of a UFO – nothing less than a definitive alien spacecraft, complete with a small crew of extraterrestrial entities – on the fringes of the Cannock Chase in early 1964, and which became the subject of a major cover-up on the part of British and NATO forces.

The UFO, Stringfield said, had been tracked by the U.S. military moving in a very irregular and erratic fashion high in the skies over Europe, before finally, and catastrophically, spiraling downwards towards the Earth, fragmenting into several large pieces of wreckage as it fatally did so. A large portion of the UFO fell in a section of the Cannock Chase woods near the town of Penkridge, he added, while a smaller piece apparently continued on its very precarious journey and slammed into the ground somewhere along the East / West German border.

Needless to say, the British Government and Ministry of Defense deny any and all knowledge of this astonishing affair, the initial details of which had been provided to Stringfield by a retired U.S. Navy source with first-hand knowledge of the matter.

Then, in the summer of 2003, deeply strange rumors began to surface to the effect that nothing less than a fully-grown crocodile was on the loose in Roman View Pond, a fairly significantly sized body of water located only a mile or so from the borders of the Cannock Chase. Despite apparent credible sightings of something large, monstrous and green in color snaking through the dark waters, the mystery was never fully resolved and the beast vanished as quickly and as mysteriously as it had first appeared. 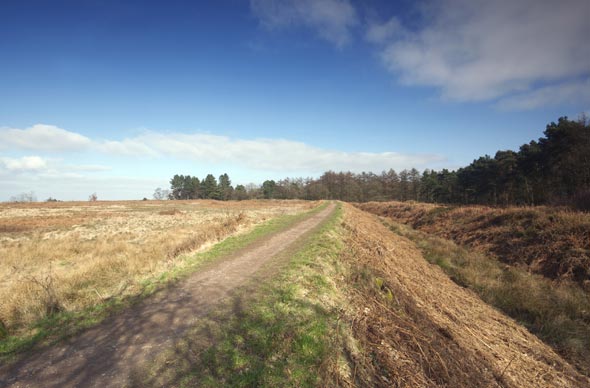 Then, in 2005, sensational sightings were reported of a blazing-eyed, hulking Bigfoot-style beast roaming by night the woods of the Castle Ring - an Iron Age structure commonly known as a Hill Fort, which is located near the village of Cannock Wood, and which was constructed between 500 B.C. and A.D. 40 by a powerful tribe of warriors who held sway over the counties of Staffordshire, Cheshire, and Shropshire.

But, while cases such as those cited above demonstrate that the Cannock Chase, as a whole, is a place shrouded in supernatural strangeness, there is one particular location within those spooky woods that seems to just about outdo all of the others in the paranormal stakes. It is, somewhat appropriately, a realm of nothing less than the dead.

Located near to Broadhurst Green, the German Cemetery is a memorial to more than 5,000 German servicemen who died within the British Isles during the First and Second World Wars, and whose graves are marked by headstones, constructed out of Belgian granite and set in plots of heather. 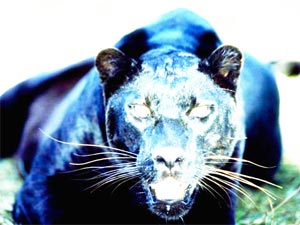 Since at least the late 1960s, reports have surfaced, albeit somewhat sporadically, from pretty much the entirety of the Cannock Chase of large and marauding black cats that, collectively, have become notoriously known as the Chase Panther. Between 1996 and 2000, however, such sightings reached what could arguably be termed near-epidemic proportions in the direct vicinity of the German Cemetery.

In one case, the witness described a startling encounter that suggested the creature may have had nothing less than definitive paranormal origins. Eileen Allen says that she caught sight of what she described as a very large black cat while visiting the cemetery in the latter part of 1996.

The complete and utter shock of seeing the immense beast lurking near one of the head-stones, and staring intently in Allen’s direction, was nothing compared to the absolute terror that struck her when it suddenly vanished into thin-air amid a sound that Allen described as like that associated with static electricity. Not surprisingly, Allen fled the cemetery, and its attendant graves, and has never since returned to the scene of the anomalous action.

A Visitor in the Night