One of the many and varied explanations put forward to try and explain away the presence  in our midst of strange beasts and creatures - "Cryptids," as they're known within the fields of Cryptozoology and monster-hunting - is that they're nothing stranger than zoo-escapees. Some might say that the theory is a highly plausible one. Well, I would agree to a degree, were it not for one important and undeniable fact: such tales have been dutifully trotted out on so many occasions now that it's abundantly clear they, themselves, are nothing more than folklore-in-the-making. Let's take a look...

On a particular day in 2009, Fortean expert and author Mike Dash was leafing through a copy of the December 8, 1878 edition of Sheldrake’s Aldershot & Sandhurst Military Gazette, and came across a fascinating story in its pages that sat below the eye-opening headline of: CAPTURING A GORILLA IN SHROPSHIRE [Author's note: Shropshire is a county in England]. The article began in an appropriately controversial fashion: 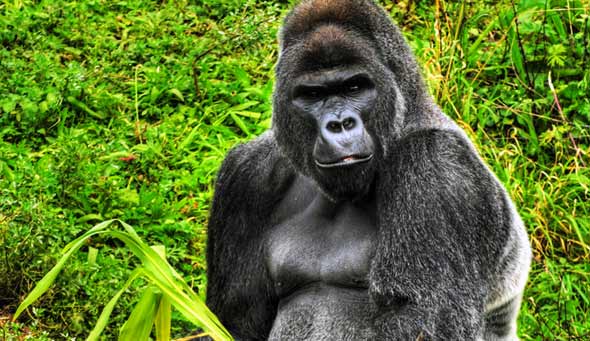 "For a fortnight past the district around Madely Wood, Salop, has been in a state of intense excitement, by the alleged depredations committed by a gorilla, which is said to have escaped from a wild beast menagerie travelling to Bridgnorth. The animal was stated to have first made his appearance in the neighbourhood of that town, where in the darkness of the night it was severally seen by a clergyman and a policeman, both of whom fled. It is also said to have appeared at several places in the immediate neighbourhood." 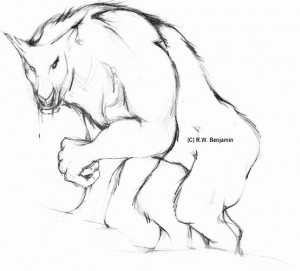 Taking a trip across the Atlantic, there is the Beaman Monster of Kansas City, Missouri, USA. Close to Beaman is the city of Sedalia, where, allegedly, in 1904, a train crashed in the vicinity, and which just happened to be carrying a large number of circus animals, including a mighty gorilla that stood twelve feet tall! Of course, the fact that gorillas don’t grow anywhere near twelve feet in height did not stop the legend from developing suggesting they do! The descendants of this Goliath-like animal (and, presumably, a similar escapee of the opposite sex) are, locals conclude, today’s man-monsters of Beaman.

Then, on January 28, 1921, an article, titled Chase Gorilla to Mountains, appeared in the pages of the Gettysburg, Pennsylvania, USA Times. In part, it stated: "'Gorilla' warfare which was started last week in the vicinity of Idaville, when Adams County residents, well armed, pursued what is believed to be an animal that escaped from a circus car when it was wrecked, not long ago, was renewed by citizens of Rouzerville Wednesday night when an armed posse scoured the Blue Ridge slopes in the hope of getting a shot at the beast."

The beast of Idaville seemed to be wholly impervious to bullets, skilfully evaded each and every pursuer on each and every occasion, and finally made good its escape, forever. 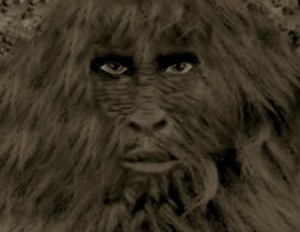 Said to lurk deep in the swamps of Louisiana, USA, the Honey Island Swamp Monster, as it has become infamously known, has been reported roaming the area since the early 1960s. Local folklore tells of the crash of a train in the area during the early years of the 20th Century. And guess what? The train was supposedly transporting a variety of animals on behalf of a travelling circus, which included a number of chimpanzees that made a quick and spectacular bid for freedom in the wake of the crash. The result: The now free chimps bred with the local alligator population (yes, you did read that right!), and spawned the nightmarish monster of the swamps.

And, the above stories of apes having escaped from circuses – and, in the process, provoking monster legends – are just three of dozens; the unlikely list goes, quite literally, on and on. It’s not restricted to tales of giant, hairy, ape-men either. A further, perfect case in point is Britain's seemingly ever growing population of cats of the wild, exotic and big variety.

In his classic title Cat Flaps, Andy Roberts discussed a wave of "big cat" sightings in the English county of Yorkshire in the 1980s. One particular series of encounters led a certain commentator to quietly inform Andy, in what sounded like a slightly conspiratorial fashion, that: "They all come from Knaresborough Zoo, you know."

Of course, there was no evidence, at all, that the now-closed down zoo had lost any big-cats; yet tales and theories along these very lines often spring up in such fraught and Fortean situations, and particularly so when people are striving and struggling to make some sense of what may well be afoot in their very midst. They become staple parts of the folklore, mythology and gossip of the area, and, ultimately, are sometimes perceived by whole swathes of the populace as being nothing less than undeniable, collective reality.

But that doesn't make them any more than precisely that: tales.

The Ghosts of Hazel Ridge Cemetery