Curses You Can Wear: The Ill-Fated “Lover’s Sweater”

As the Christmas season quickly approaches, many of us are faced with financial difficulties during such economically trying times. Hence, rather than heading out to the stores and expending exorbitant costs on securing gifts for those dearest to us, many have decided to hole up indoors, tapping their inner creativity in order to craft meticulous, and delightfully intimate homemade gifts for their friends, family, and lovers.

When it comes specifically to that special someone in your life, how better to show your unending love than to hand-knit them a sweater? After all, a snug fitting garment that warms the body is not only a practical gift, but it is also one to which the knitter will inevitably devote hours and hours on end, during the laborious process of the sweater's creation. Thus, the act of knitting a "love sweater" of this variety should not only mirror the creator's dedication to the relationship, but also evoke similar senses of admiration and appreciation from within its eventual wearer.

Not so fast; the deepening of bonds between lovers who exchange hand-made sweaters is far less often the scenario that plays out in reality. In fact, while it may sound like a mere joke or the stuff of some dubious urban legend, there are actually many that have claimed to experience the so-called curse of the "lover's sweater"; so many, in fact, that nearly half of all knitters asked about the "phenomenon" believe there may be something more to it than mere superstition. 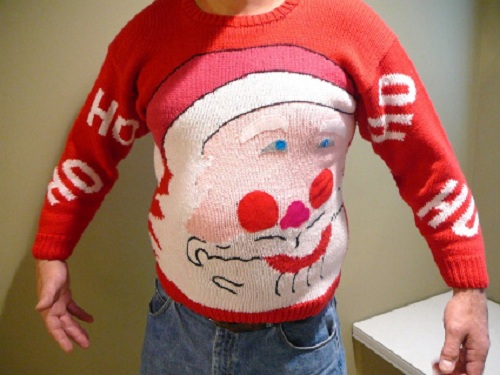 Indeed, the idea of a "sweater curse" between loved ones seems like an absurd prospect. However, a poll conducted by the publication Knitter's Review in 2005 included questions about the likelihood of a breakup following shortly after the creation of a sweater as a gift for one's significant other. The questionnaire found that, while only 15% or so actually said they had experienced this ill-fated turn in fortune, close to half of all being polled felt that there might indeed be some kind of correlation between the act of knitting a sweater as a gift, and the ensuing breakup that would follow. 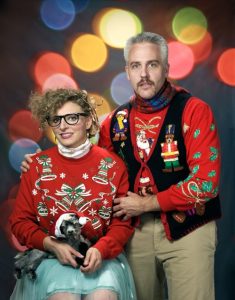 A variety of reasons could help understand why (or if!) a presumed connection might seem to exist between the two. For one, the underlying psychology of the knitter may have more to do with having sensed early on that relationship problems were beginning to occur. Hence, whether subliminally or as a conscious act, the knitter may undertake such activity for purposes of expressing love and devotion... with the ultimate result of an ensuing breakup. Alternatively, the presumed wearer might be turned off or disturbed somehow by the presentation of such a gift, which to them might appear to represent a psychological problem such as fixation, attachment, or general tendency to "cling." In her book Stitch'n Bitch Nation, writer Debbie Stoller even referenced what she called a "pre-knitual agreement," in which some experienced knitters refrain from investing time and work into clothing items for a loved one until after marriage, as the physical act of doing so does seem to convey underlying emotion and sensitivity.

Perhaps what is most interesting about claims of "cursed" lover's sweaters is that this shows, in a roundabout way, how human intention attributed to an object can indeed have the effect of influencing an outcome pertaining to circumstances related to it. In some sense, the classification of such conditions as being a "curse" is accurate in the truest sense, although in these circumstances, the conditions rather tragically appear to backfire on one whose intentions are primarily good. Regardless of whether there may be supernatural causes that come into play, those of you hoping to save money in the loving act of gift-giving this holiday season may wish to think twice about going to all that trouble; despite your best intentions, the Christmas sweater idea may really only end up making things worse!