Even the most cursory study of worldwide folklore reveals that numerous, if not all, cultures, have stories attached to them of magical balls of floating light, seemingly under intelligent control, or perhaps even supernatural, sentient forms of life in their very own right. They travel the skies by night, while amazing, perplexing and sometimes even terrifying those that encounter them, very often in the vicinity of marshes, bogs and other watery bodies.

The specific, repeated locations of many such sightings has given rise to the not unreasonable notion that at least some of the lights may be nothing stranger than the results of methane bubbling up out of the marshes and mixing with Phospine, a flammable gas, and an inorganic compound called Diphosphane, which, when combined with the air, can briefly and spontaneously catch fire in spectacular fashion.

Others suggest the culprit may be a rare phenomenon known as ball lightning. A technical report published in 1949 by the Air Force’s UFO investigative unit, Project Grudge, detailed its findings with respect to ball lightning which, the military believed, was connected to regular lightning and electrical discharge. The phenomenon, it was noted, was “spherical, roughly globular, egg-shaped, or pear-shaped; many times with projecting streamers; or flame-like irregular ‘masses of light.’ Luminous in appearance, described in individual cases by different colors but mostly reported as deep red and often as glaring white.”

Thus, the ghostly lights, and their attendant legends, are well and truly born. These two, particular down to earth theories have not, in any shape or fashion, dispelled the belief that the majority of such lights have far weirder origins, however. 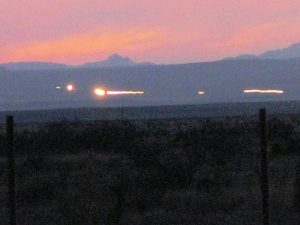 England, for example, has its very own squadron of ghostly lights. Depending on the particular region of the country that you care to examine, they go by the ancient names of the Pixy Light, Will o’ the Wisp, and Rolling Fire. The people of Wales have their own equivalent: it is known as Fairy Fire. The Chir Batti is an identical entity that haunts the land in and around the India-Pakistan border. Bengal is the domain of the glowing and flying Aleya. Brazil can claim the Boi-tata.

Throughout much of eastern Australia, tales are told of the Min Min Light. The Naga Fireballs are a regular phenomenon along the length of Thailand’s Mekong River. And in the United States, one can find entertaining stories of the Marfa Lights of Texas, and the Brown Mountain Light of North Carolina, amongst numerous others. 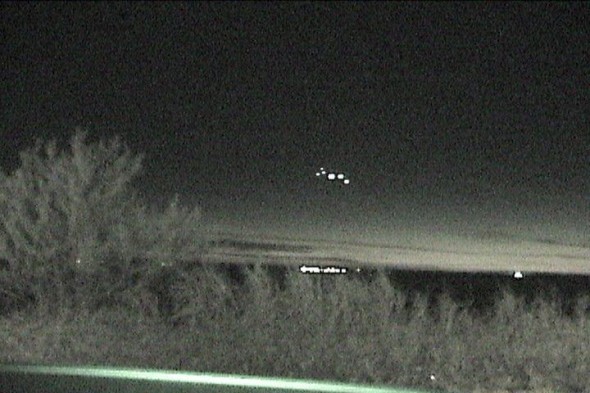 Many of these legends, despite originating amongst wildly varying cultures and countries and across numerous centuries, have one notable thing in common: the mysterious lights are near-unanimously believed to be the tormented souls of people who, having committed heinous crimes in life, or the victims of deep tragedy and / or suicide, are destined never to rest in peace and harmony.

And that goes, too, for Vietnam's Han River, which has its very own ghost light. It is said to be the ethereal form of a rich nobleman who held sway over much of the area from the latter years of the 18th Century to the early years of the 19th Century. Furious at his teenage daughter’s relationship with a poor, young blacksmith in a small and equally poor village on the river itself, the man, one day, ordered one of his servants to secretly follow the girl’s lover to his place of work and spike his supply of drinking water with a deadly, fast-acting poison, which the servant dutifully, and appropriately cold of heart, did.

The servant then found a shadowy place to hide in the nearby bushes and kept a careful watch on the boy; patiently and eagerly awaiting the moment when thirst from working under the hot, morning sun guaranteed the blacksmith would take a large gulp of water and death would soon overtake him. But, fate and disaster intervened in a catastrophic way that none could ever have foreseen. 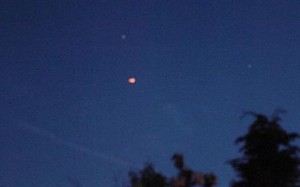 Suddenly, and to the horror of the servant, the nobleman’s daughter appeared on the scene – evidently having clandestinely slipped out of the spacious abode in which she lived with her father. She flung her arms tightly around her boyfriend, gave him a loving kiss, and then, dehydrated from her long walk along the riverbank, took a big swig of water from the poisoned container. In just mere moments she collapsed to the floor, proclaiming her eternal love to the devastated young blacksmith as she took her very last breaths.

The servant raced out of the trees to try and help, but it was all too little and far too late. The Grim-Reaper already had the girl in his vice-like grip. And he soon came to call upon her father, too. On hearing the tragic news, the distraught old man flung himself from the highest balcony of his palace, ensuring his violent and bloody death on the stone pavement below. But, he soon returned. Not, however, as a chain-rattling, moaning specter, but in the form of a glowing ball of light forever fated to wander the skies of the Han River by night.

And if you should ever visit the area and you are lucky enough to see the ghostly phenomenon for yourself, spare a deep thought or several for all those whose lives were snuffed out, or forever scarred, by this harrowing series of events. It must be said that a story like this might simply have been a story and nothing more. But, even if that is so, a strong argument can still be made that the tale was created to try and explain the presence of a very real and perplexing phenomenon: the ghostly, flying and floating balls of light that haunt just about each and every part of our paranormal planet...

The Web in the Sky