From Weird to Really Weird!

Sometimes, as a writer of mysteries of the paranormal kind, I end up being the recipient of tales that are not just bizarre; they're actually beyond bizarre! And what is without doubt one of the absolute oddest, and potentially most disturbing, stories I have ever heard came from a family who, in an October 2000 interview with me, maintained that, in 1979, while driving near the site of the 1643 Battle of Hopton Heath, Staffordshire, England, they came across a shocking sight: namely, the badly damaged body of a very strange-looking young woman sprawled at the side of the road "that looked like a hit-and-run." The woman, says the resolutely-anonymous family, was naked, had a head of long, dark hair, a mouth full of elongated teeth, and a pair of legs that were fused together below the knees, "like a seal." Yep, distinct shades of mermaids, no less.

The story - provided to me when I was writing a weekly column in England's Chase Post newspaper at the time, called The C-Files - gets even more controversial by the claim that the family elected not to inform the authorities of what they had found, and quickly continued on their journey. To this day, their action, or, far more accurately, their utter lack of action, hangs over them like a veritable sword of Damocles; or so they collectively assert, at least. 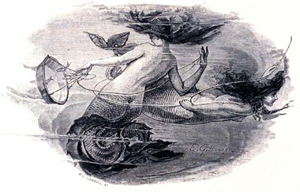 Of course, it does not even need to be said that this particular story is outrageous in the extreme, and numerous questions remain wholly unanswered. And are always likely to. For example, even if the tale has a semblance of truth to it, and the family in question failed to inform the emergency-services of their surreal and grim discovery, then why did no-one else stumble upon the body and take the initiative instead? Also: if their tale is accurate, then where, precisely, did the body end up?

While these very valid questions are all strongly suggestive of nothing more than a somewhat tasteless hoax, one might be tempted to ask: what would prompt the family to create such an audacious story in the first place, when neither publicity nor payment was ever provided by the newspaper in any fashion at all? Indeed, the story was wholly shelved.

Unless, or until, someone else comes along to offer some type of verification or vindication, or who can ensure that we fully dismiss it out of hand, this strange account will continue to remain in limbo as one of those curious, rogue cases that surfaces now and again. I am very sorely tempted to dismiss it as a mere hoax and absolutely nothing else at all; but then again, who can truly say for certain what monstrosities and malformations nature may throw up from time to time?

The case is also made all the more intriguing for another reason: as long-term students of anomalous phenomena will be acutely aware, in locales where one mystery can be found, so – very often – can others, too. And that is most certainly the case with Hopton Heath. 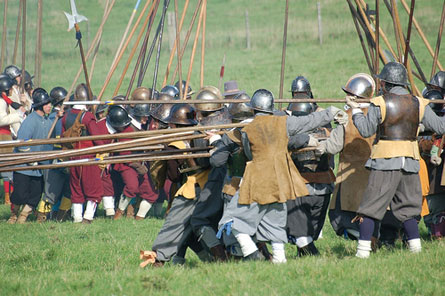 A key event of the First English Civil War, the aforementioned Battle of Hopton Heath was fought on Sunday, March 19, 1643 between Parliamentarian and Royalist forces. The battle ended at night-fall, with the actual victory and outcome still remaining matters of very much personal opinion to this day: the Royalists, for example, had succeeded in capturing eight enemy guns; while the Parliamentarians believed that their successful killing of the enemy commander, the Earl of Northampton, was of equal – if not even greater – significance.

More than 300 years later, one night in the winter of 1974, John ‘Davy’ Davis, who was aged thirty-six at the time, and living and working as a painter-and-decorator in the city of Lichfield, Staffordshire, was driving near the site of the battle when he began to feel distinctly unwell: a tightness developed in his chest, an odd feeling of light-headedness came over him, and his "left ear hurt and felt hot."

Pulling quickly over to the side of the road, Davis was amazed to see the night sky suddenly transform into a sudden cascade of daylight, while the road that should have been in front of him no longer existed: instead, it had been replaced by a mass of fields, heath and sparse trees. And before his unbelieving and astonished eyes, countless soldiers adorned in Civil War-period clothing fought each other savagely. 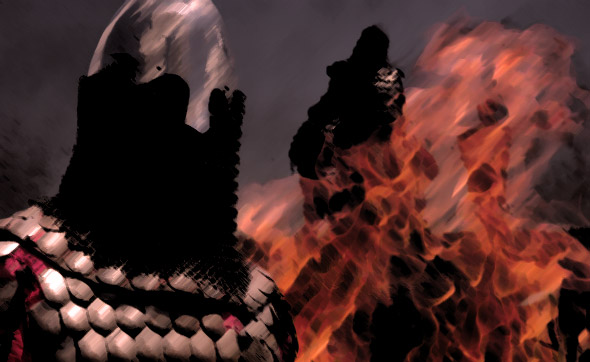 Notably, Davis said that although at one point he was "nearly bloody surrounded" by the soldiers, it seemed as if they could neither see him nor his vehicle. To a degree, at least, this afforded Davis some much welcome relief, as he was practically frozen to the spot; unable to drive away, as much as he had surely wanted to. As it transpired, Davis didn't need to go anywhere at all: only a few seconds later, the bizarre scene suddenly vanished, and Davis found himself sitting at the side of the road, with his car squashed hard against a line of hedge. All had returned to normal.

Did John Davis really experience some form of weird time-slip? Or was the brief affair all the result of some strange, wholly internal hallucination brought on by a seizure? To his credit, Davis is quite open to the latter explanation, but remains puzzled by the sheer, vivid and graphic nature of the whole experience. As do I!