Ghosts of the Belvoir Winery

The old brick hospital sits amongst a sprawl of elegant buildings in the rolling green hills of Clay County Missouri. Constructed in 1923, it’s not the oldest structure on the properties of the Belvoir Winery, but it might be the most haunted.

Twenty-four-year-old Emily Krickle went on a guided ghost tour of the winery in November and the hospital quickly became uncomfortable.

“We were only allowed to go in the hallways,” she said. “The building was so old, that’s where the supporting beams were.” 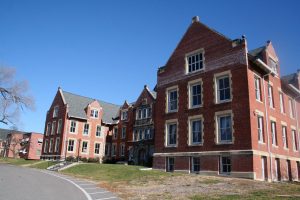 The investigators from CREEPZ Ghost Commandos took the group to the second floor and set up motion sensors. CREEPZ conducts paranormal tours of the winery along with the team Paranormal Research Investigators.

“They talked to us about how psychics came in and said one (ghost) in the hallway was a lady who passed away in the hospital and liked to sing,” Krickle said. “In the opposite end of the hallway there is a mischievous man.”

A heavy feeling enveloped the group as it wandered one end of the dark hallway. Then a CREEPZ member brought out a white noise generator.

“They started asking questions. At first we didn’t hear anything,” Krickle said. “They said, ‘is it okay we’re here with you?’ Very clearly through the white noise we heard a ‘yes.’ They asked a couple of questions, but I don’t remember what they were because I was shocked.”

The oppressive feeling of the area became too much for one participant. “In my group there was a lady, upper 50s early 60s, she was there with her daughters,” Krickle said. “She sat down and said she was tired.”

After a few minutes on the floor, she stood, but Adam Tillery of CREEPZ knew something wasn’t right. “We hear a big thud in the background. It was her head on the wall,” Tillery said. “She was standing. Her eyes were rolling in her head.”

Tillery panned his flashlight over to the woman. As the harsh light bathed her face, Tillery and Krickle both saw the whites of the woman’s eyes. “She was sweating,” Krickle said. “She didn’t remember anything about it.”

The woman’s daughters escorted her outside, leaving five people in the second floor hallway. The now-smaller group quickly discovered it wasn’t alone. 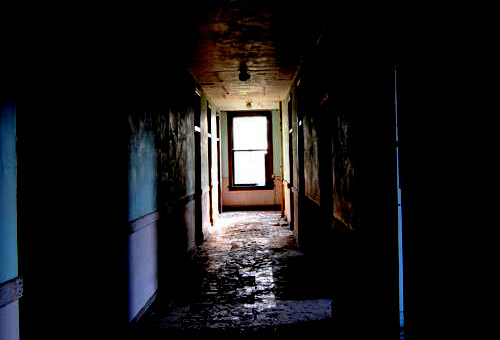 “I asked one of the guys, ‘has that happened before?’” Krickle said. “He started to say it happened one other time, when down the hallway there was a deep growl.”

Everyone froze. “These ladies heard it. I heard it. About four feet away from us we heard a growl,” Tillery said. “At this time, it was, wow. What was that?”

After the growl, Tillery grew quiet and looked at the few members of the group. “He stopped talking and said, ‘I just want to make sure. You all heard that right?’” Krickle said.

Tillery was ready to go, too. “I wanted to stay and find out more,” he said. “But when it comes to a growl like that, it could be something powerful.”

Belvoir, French for “beautiful view,” began its life as the Reed Springs Hotel in 1887. The hotel sold to the organization the International Order of Odd Fellows in 1895. The Odd Fellows used the hotel as a place to care for orphans and the elderly until an accident in 1900.

“Something was frozen in the basement and they used blow torches and accidently burned it down,” Tillery said.

The Odd Fellows constructed a number of buildings on what was for years a 240-acre working farm, but only three of the historical buildings remain amongst a smattering of others. The administration building, the “old folks” building, and the hospital. Nearly 600 people are buried in the cemetery on the site; some of them may still be hanging around.

The night Krickle visited Belvoir it appears they were. 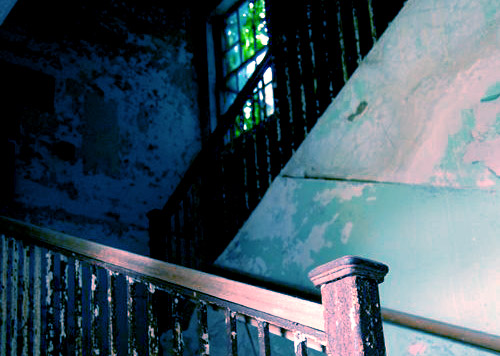 After the hospital, the group made their way to the administration building. “We went up to the third floor where they used to teach the orphans,” Krickle said. “The only thing we kind of found there was when we sang, ‘Mary Had a Little Lamb,’ the meters would go off.” That was it for activity there, as well as the cemetery, however an outbuilding known as the “bunker” once used for food storage was a little more active.

“They said the orphans liked to hide there from doing chores,” Krickle said. “We were sitting in a semicircle; they got out dowsing rods.”

Krickle held the metal rods, some believe can be used to communicate with the dead, and asked questions. The rods moved on their own accord.

“If you’re here with friends, point out your friends,” Krickle said into the darkened room. “One rod went down the hallway, the other went to he corner.” She asked if the spirits wanted to play, and the rods moved again.

Krickle handed the rods to another member of the group who asked, “Do you think she’s pretty?” The rods signaled, “yes.” 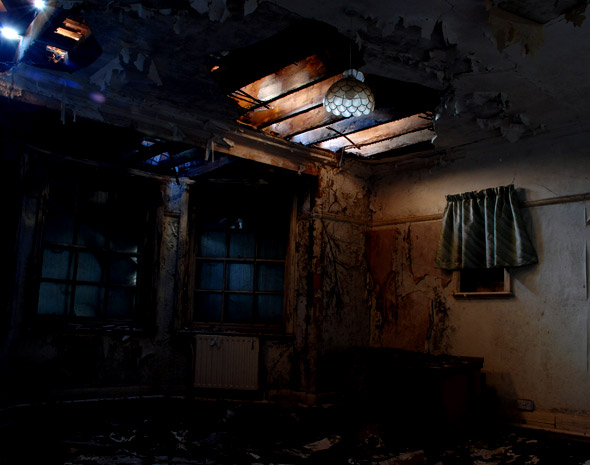 “The lady who was with us said, ‘we have to leave, do you want to say goodbye?’” Krickle said. The rods signified ‘yes,’ then Krickle felt something she couldn’t explain rationally – a hug. “I was feeling a lot of pressure on my left side like someone is actually leaning into me and my arm was cold,” she said. “I thought that was pretty cool.”

Tillery said this sort of experience at the winery is normal. CREEPZ has been associated with the winery since February 2011 and has captured evidence of paranormal activity.

“Voices in the hospital. Laughing, singing. We’ve also caught strange noises throughout the old folks home,” he said. “One guy that was with us said he saw someone peeking around the corner, and he kind of freaked out.”

Visitors have also told CREEPZ they’ve seen apparitions and shadow people on the grounds. But the hospital is the paranormal centerpiece.

“There’s one of these hallways with double doors. Right in that area on one occasion it sounded like a really deep breath as we were getting ready to cross these double doors,” Tillery said. “Another time I was grabbed on my shoulders.”

The feeling, he said, is that of being watched, like something’s going to jump out at any minute.

“I had more things happen to me (at the winery) than any place in the Midwest,” Tillery said. “I’d say its one of the up coming paranormal hotspots. That’s a very spooky location.”

Chinese Lanterns: Rashes of UFOs Appearing Along the India/China Border?