The good folks at Anomalist Books - Patrick Huyghe and Dennis Stacy - have just published my latest book, Monster Diary: On the Road in Search of Strange and Sinister Creatures. It's a book about which they say: "MONSTER DIARY is the latest saga in Nick Redfern’s ongoing series of worldwide road-trips in search of strange creatures and terrifying beasts. In this transatlantic trek, Redfern is hot on the trail of...a Mothman-like creature in Wisconsin; giant eels that lurk in the canals of Birmingham, England; a spectral mammoth and a ghostly big-cat in American woods; Bigfoot in New Mexico; a Chupacabras in the wilds of Oklahoma; vampire-like beasts roaming the valleys of Wales; and California’s very own shape-shifting Skinwalkers."

Patrick and Dennis continue: "MONSTER DIARY reveals that many of the unknown animals of our planet are not all they seem to be. They may appear to be flesh-and-blood creatures, but is that what they really are? 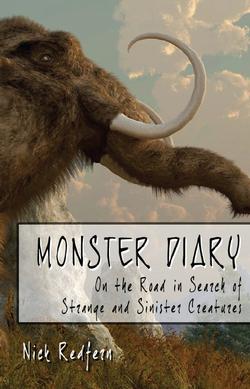 "Redfern sets out to prove that the true nature of the fearsome creatures that dwell in dark and shadowy woods, atop imposing mountainous peaks, and within the depths of murky lakes and rivers can only be understood with a knowledge of ancient rituals designed to conjure up foul life forms from some terrible realm, ominous sacrificial ceremonies undertaken in the dead of night, and disturbing occult rites. Monsters do exist. Monsters are among us. But they are not what you probably think there are."

The book is written in definitive road-trip style, and covers my many and varied investigations of strange creatures from early 2009 to late 2011. But, there's something else, too. It's something that will likely get mainstream Cryptozoologists, Ufologists, ghost-hunters, and investigators of the paranormal in states of fury. And, no doubt, it will provoke a great deal of eye-rolling and head-shaking, too. What is it? I'll tell you! The numerous examples I cite in the book where bizarre beasts, supernatural phenomena, and UFOs have all crossed paths; time and again, and to deeply significant degrees.

As many will know, I hardly hold the most conventional views on all of the above phenomena, and I'm pretty much convinced that, in some fashion we still don't really understand, they're all inter-connected. And that's one of the main threads of Monster Diary: this curious cross-over of Fortean phenomena, with Cryptozoology playing a major roll in that cross-over. 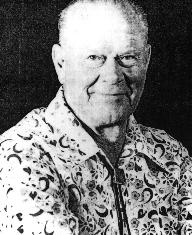 For example, one of the things I talk about in the book is the US Army's 19th Century Camel Corps - a program where, in the pummelling desert heat of the American southwest, the military used camels for a while, rather than horses, to carry and transport supplies, munitions, etc. I include in the book a number of stories of people seeing what sound like ghostly, spectral remnants of the old camels - even today. But, here's the thing: as I note in the pages of Monster Diary, a number of those sightings have been made in the direct vicinity of Giant Rock, California - home, for years, to legendary Flying Saucer Contactee, George Van Tassel.

And that's not all. I also make mention in the book of some very curious cross-over synchronicities that occurred to me while I was researching my 2010 book, Final Events, and which dealt with Jack Parsons, Aleister Crowley and sacrificial frogs - all of which tied in with me stumbling upon what looked like a sacrificed frog sat atop my very own scaled-down version of Stonehenge, and which occurred when, for days on end, the skies of my back-yard were near-endlessly plagued by very low-flying black helicopters. Yes, it was very bizarre!

Then there's the weird story - that I also relate in the book - of how a piece of cryptozoological graffiti found at a legendary UFO site seemed to provoke a sudden wave of reports, sightings and curious "coincidences" concerning the very same, famous cryptid portrayed in the spray-painted artwork.

I could, of course, go on and on. But, the point is that on so many occasions now - many more are related in the pages of Monster Diary - I have come across case after case where puzzles of a cryptozoological and strange animal variety cross paths with so many other supernatural phenomena, to the point where trying to investigate sightings of bizarre beasts in a cryptozoological context -and nothing else - simply does not work.

Or, rather, it certainly doesn't work for me. I fully realize that belief is an undeniably powerful thing, and trying to demonstrate to Ufologists, monster-hunters, and ghost-seekers that their favorite topics of investigation might not be so separate as they conclude them to be, is no easy task. But, something is going on, there's no doubt about that. And that's the chief thrust of Monster Diary: demonstrating, road-trip-style, that the unknown animals that populate the skies, waters and forests of our world are not what they appear to be. They're far worse and much stranger...