Musing on a British Monster

On the chilly evening of January 21, 1879, a man was walking home, with his horse-and-cart in tow, along the tree-shrouded lanes that to this day still link the hamlet of Woodcote in Shropshire to the tiny locale of Ranton, Staffordshire, England. All was as it should have been until around 10.00 p.m., when barely a mile from Woodseaves and while crossing over Bridge 39 on the Shropshire Union Canal, the man’s life was plunged into chaos and terror. Out of the darkened woods emerged a frightening beast: it was large, black-haired, monkey-like in appearance, and sported a pair of bright, self-illuminated eyes that glowed eerily and hypnotically.

The monster suddenly jumped atop the cart, then, incredibly, leapt onto the back of the terrified horse, which took off in a frenzied gallop, with the cart careering wildly behind. The man, to his credit, gave chase, and finally caught up with the horse, cart, and beast. On doing so, he proceeded to hit with his whip what was surely the closest thing the British Isles have ever seen to Bigfoot. 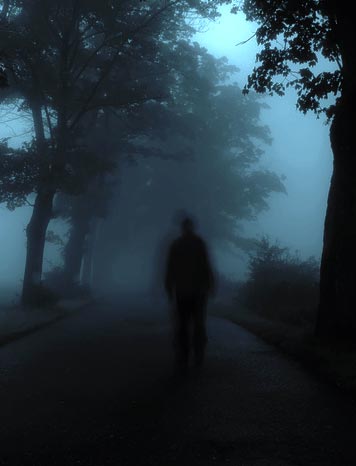 Incredibly, the man later reported that on each and every occasion he tried to strike the beast, the whip simply passed through its body – as if the hairy thing was nothing less than a terrifying specter of the night. A moment or so later, and without warning, the creature leapt to the ground and bounded away into the safety of the dark woods that loomed on all sides. The shocking event was over as quickly as it had begun. 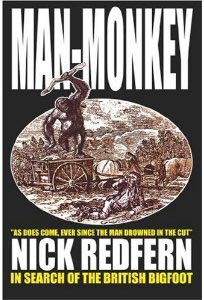 Racing to a local pub for a much-needed pint of beer or several, the man, in shaky tones, told his story to the astounded and worried customers and staff. He then headed back home and took to his bed, where he reportedly spent two days in a state of near-exhaustion. Soon, the local police got wind of the story, who duly told the eye-witnesses’ employer that the existence of the beast was well known in the area. Dubbed the Man-Monkey, the police said, it had first surfaced from the woods surrounding the canal after a man had died after falling into its cold, dark waters late one night, some months earlier.

It is highly intriguing to note that the local police linked the beginnings of the Man-Monkey legend with the death of a man who had drowned in the Shropshire Union Canal. It was widely believed, at the time, in some areas of Britain that still held to ancient tradition and folklore, that the souls of recently departed people could return to our plane of existence in the form of horrific beasts – and beasts of a type that would fit quite comfortably within the realm of today’s field of cryptozoology, such as the Man-Monkey.

Charlotte S. Burne, a long-deceased writer who, in the late 1800s, became fascinated by the legend of the Man-Monkey, outlined the nature of the beliefs relative to “the constant transformation of the departed into animals.”

She said: “I believe this to have originated in the classical and medieval notion of werewolves, living men who could assume the shape of a wolf at pleasure. Sometimes also a corpse would arise from its grave in the form of a wolf, and might do incalculable damage if it were not at once beheaded and cast into the nearest stream. Wolves have been extinct in England long enough to have disappeared from popular tales, though not so many centuries as most people suppose, but the Man-Monkey seems very like the old fable in a new guise.”

And there is another aspect to the saga of the Man-Monkey that also places the beast in a definitively paranormal realm that is suggestive of a link to the afterlife. On December 8, 1878 – only a month before the Man-Monkey manifested on Bridge 39 of the Shropshire Union Canal -Sheldrake’s Aldershot & Sandhurst Military Gazette reported on the rumor that a gorilla had been seen in the area on several occasions, reportedly having escaped from a traveling menagerie, only a short distance from the canal bridge where the Man-Monkey appeared. 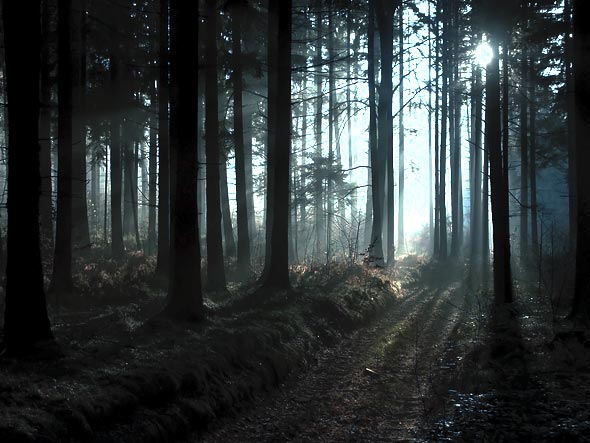 Was the story true? Was there really a mobile zoo from which a gorilla made a successful bid for freedom? And, if so, did it briefly make its home in the wilds of Shropshire and bordering Staffordshire, before succumbing to starvation and the effects of a harsh English winter – and then returning in ghostly form to haunt the Bridge 39 that, to this day, still spans the Shropshire Union Canal?

If the Man-Monkey was some form of spectral entity, such a theory might very well explain why sightings of the terrible creature have continued to be reported as late as 2008. After all, it’s nigh-on impossible that a solitary creature could roam the area for 130 years and never be caught – never mind live for such an astonishingly long period of time.

Britain’s Bigfoot, it seems very likely, is a beast of a definitively supernatural nature.