The Ghosts of Hazel Ridge Cemetery

Hazel Ridge Cemetery sits atop a hill in Chariton County, Missouri, off a rural blacktop highway, and at the end of a tree-shrouded gravel road. Tina and her boyfriend Randy stepped out of their car at the entrance of the cemetery, and into horror. “My boyfriend and I have been checking out old cemeteries in Linn and Charlton County,” Tina said. “We have had a few experiences, but nothing like I had at Hazel Ridge.”

The couple stood outside their car at the edge of the cemetery; their normally active dog Rose cowered at Tina’s side. Tina felt someone with them, someone they couldn’t see. “I said, ‘Hello. Hello. Anyone here? We are not here to hurt you we just wanna talk to you.”

Someone, or some thing, heard her.

“I got a tapping on my chest as if a child wanted my attention,” she said. “Then my pearl necklace went straight out and turned over and landed hard on my neck.”

Rose, still pinned to Tina’s side, began to growl. Tina and Randy grabbed the dog and rushed back to their car.

“As we drove off I had a sadness come over me like I left someone there, and I can’t shake it,” she said. “Randy thinks we had a hitchhiker come home with us.”

The couple endured this hitchhiker’s small ghostly activities around their home until Randy couldn’t take it anymore.

“Randy told it to go back where it came from, we didn't want it here,” Tina said. “He got scratched on the shoulder leaving three marks. We have not been to any cemeteries since.” 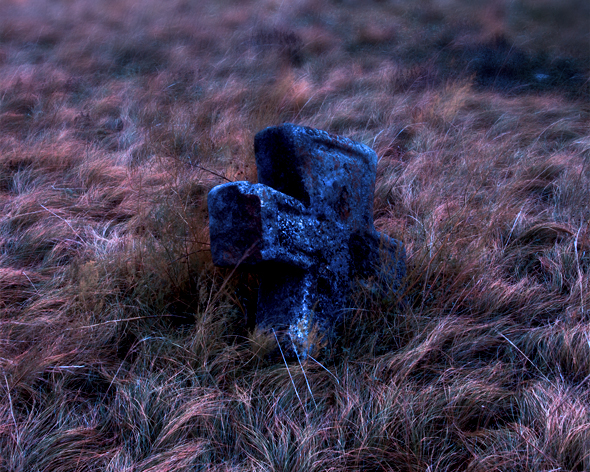 “The tombstones move,” Straub said. “I know it sounds weird, but, I’ve got every section mapped out and they’re not the way they were.”

Fellow paranormal investigators Mike Haurcade and Kurt Ostrom have accompanied Straub to Hazel Ridge numerous times, and are baffled by the phenomenon.

Ostrom encountered something more disturbing than inconsistent marks on a map. “I saw a couple of gravestones shift,” he said. Ostrom leaned on a stone that suddenly wasn’t there anymore, but that didn’t keep him away. He’s accompanied Straub and Haurcade on ghost hunts at Hazel Ridge many times, working around dying cell phones, flashlights, and truck batteries. “A lot of things die up here,” he said. 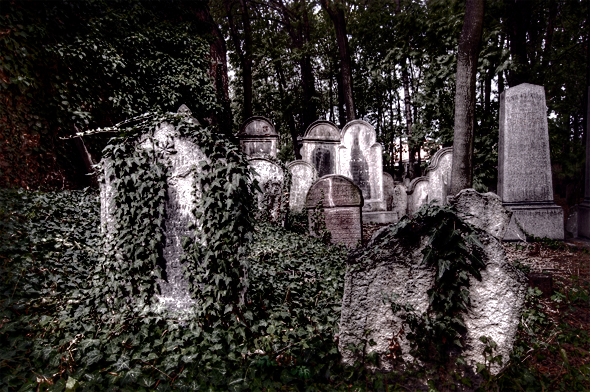 Gravestones from the 1800s to recent years rise from the grass like jagged teeth, and a great wooden cross looms at the threshold of the cemetery like a gatekeeper. “A threshold is a gateway to everything,” Ryan said. “Anything where two planes meet, where the lines blur, there’s more of a chance spirits will come through.”

Ostrom and Haurcade have seen things that came through into the cemetery. “I saw a large shadow figure,” Ostrom said. “I don’t know what it was, but it wasn’t pretty.” Haurcade saw something similar, a man peering at him from behind a tree. “I shined my flashlight at it and it froze,” he said. “I saw someone standing behind the tree and I could see their head and shoulder.” Haurcade turned to look for the people who came with him, and they were all behind him. “It wasn’t any of us. At that point I turned back toward the tree and couldn’t see anything at all. I’ve seen and heard some other odd things, but (the figure behind the tree) I can’t dispel.” 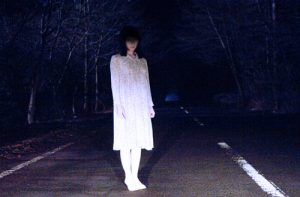 Hazel Ridge Cemetery isn’t just a place of moving tombstones, dead batteries, and ghostly figures; it’s also home to a voice, the voice of a long-dead child. During an investigation Straub sat an audio recorder atop a weatherworn tombstone. “The next morning we listened to it and it sounded like chipmunks,” Straub said. “I slowed it down and it was a little girl singing ‘Ring Around the Rosie.’”

Maybe if Tina and Randy had tried to collect EVPs at Hazel Ridge Cemetery, they could have heard the voice of a lonely girl, a little girl who pokes people in the chest, and follows them home. A girl who died decades ago. A girl who sings “Ring Around the Rosie.”