There’s Something in the City

Any mention of large, serpent-like monsters lurking in the waters of the British Isles inevitably conjures up imagery of the nation's most famous cryptozoological creature, Nessie, the Loch Ness Monster. Or monsters. Indeed, if not some strange Fortean phantasm (which I don't actually rule out), then there would have to be an entire colony of such things in the loch, given that sightings have been reported for many a year. But, regardless of the true nature of Nessie, sometimes it's not necessary to travel to ancient lochs to find tales of terrible things lurking in the dark depths. Sometimes, you can find them right in the heart of the city, which is something I note in my new book, Monster Diary: On the Road in Search of Strange and Sinister Creatures.

Back in the late 1980s, when I was working as both a fork-lift and a van driver for a company in the West Midlands, England town of Walsall, I heard a number of noteworthy stories pertaining to sightings of huge violent eels, which were said to roam the dark, winding canals of both the nearby city of Birmingham, and certain rural areas of the adjacent county of Staffordshire. Rather like some 1950s era street gang from the Bronx, they seemed to travel in packs, prepared to take on just about anything and everything that had the misfortune to cross their path.

One memorable account originated with a truck driver who recalled such a sighting somewhere in Birmingham on a summer’s day in the late 1980s. It reportedly “shook the staff rigid” at a store that overlooked the stretch of canal in question. In this case, the mighty animal of the waters was described as being dark brown in color and said to be no less than 15 feet in length. Supposedly, it had briefly been seen by an employee who, completely mesmerized by its presence, watched it “circling” one area of the canal frequented by a large number of semi-tame ducks that the staff at the store regularly fed with bread during their daily lunch break. 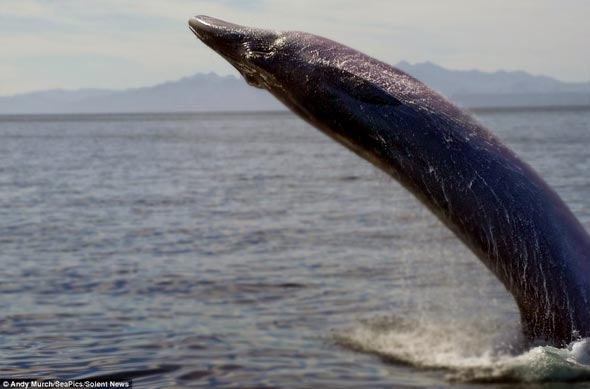 Equally intriguing was the story of Norman Dodd, who lived for many years in Scotland and who, in the 1970s, was a regular commuter to central England on business. It was at some point in the very hot and memorable summer of 1976 that he, too, had a remarkable encounter that took place in the Cannock Chase woods, which are no more than a 45-minute drive from the city of Birmingham and are a hotbed of seemingly never-ending supernatural strangeness.

When I interviewed Dodd years later, he could not recall the exact location where the incident had taken place, but he was able to state with certainty that it was a small pool of no more than 20 feet by 30 feet that existed at the time, and that he is fairly sure was “not far from [the village of] Slitting Mill and perhaps a mile back into the [Cannock] Chase.”

Dodd stated that he had parked his Ford Cortina on the grassy verge of the road that was adjacent to the pool and was munching on his lunch and reading a newspaper. “It was a bloody stifling day. Remember that summer, how hot it was? I remember swigging something to drink and having a bite when there was something moving right on the bank [of the pool].”

He had been startled to see a creature, which he estimated to be around six or seven feet long, slowly surface from the water and then proceeded to “bask” on the banks of the pool. “It wriggled like an eel,” said Dodd, adding that “its body seemed to sort of shake or wobble as it moved.”

Dodd further explained that the animal had a serpent-like head, a “thick body,” and an oily-colored skin. It seemed wholly unconcerned by his presence. “I know it saw me—or saw the car, definitely—because it looked right in this direction and then just went back to what it was up to: just laying there.” 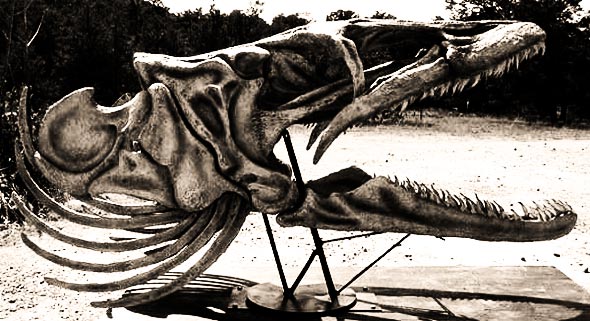 But what was most puzzling of all to the shocked Dodd was the realization that the animal seemed to have “flippers near the front, or little feet.” He conceded that it may very well have had similar flippers or feet at its rear but that the “back-end never came right out of the water…” Dodd watched astonished, and not a little concerned, too, for at least 20 minutes, after which time the animal simply slid softly back into the pond and vanished from sight.

He concluded: “I wondered how a small pond like that might feed an animal that big for food [sic]. But what about its feet or the flippers: does that mean it might have been able to go from pool to pool for fish and things?” These were questions that neither Dodd nor I could ever really answer.

But, what the story of Norman Dodd and those that surfaced out of the English city of Birmingham in the 1980s do demonstrate is that it's not always in the wild and inhospitable parts of our world that monsters lurk...