Something was wrong in the apartment over the gas station. Becky Deem-Sams Codner lived in this apartment in Ohio in 1985 with her husband, their daughter, two small boys – and something else.

“Many times, the kids and I would hear someone open and shut the kitchen door and proceed to walk through the house,” Becky said. “Sometimes we would even hear voices of someone talking and when we would go to see who it was, no one was there.”

Neither Becky nor her children talked about this with anyone other than themselves, until Becky’ mother came to stay.

“My mom was spending the night and on Sundays, since my husband would work six days a week, we would go to Kroger's and get groceries,” she said. “Mom would stay at the house. On several occasions, she would hear the kitchen door open, close and someone walk through the house.”

Thinking Becky forgot something, her mother would go to see if she was in the kitchen, but no one was there. The gas station was closed on Sundays, so the noise couldn’t have come from downstairs. 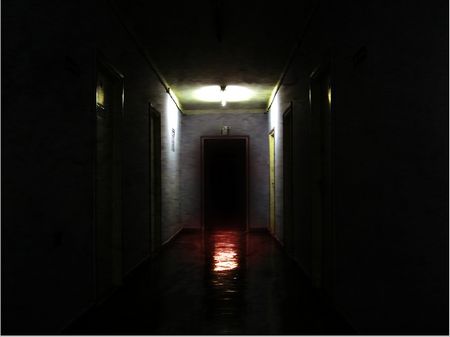 “When mom told me of this, I began to tell her of what we had heard,” Becky said. “The footsteps I would hear sounded like a man wearing work boots.”

This became commonplace. Then Becky saw something she couldn’t explain.

“One Saturday afternoon, the kids and I were watching TV. Suddenly, out of the corner of my eye, I see the kitchen door open,” Becky said. “I turn to look, thinking someone was coming in, as it opened like someone was walking in and closed the door. Not a soul was there.”

She briefly thought her husband had come upstairs from his work at the gas station and put something on the counter and she’d just missed him, but when she walked into the kitchen, nothing was out of the ordinary.

“I called him and asked him if he had just been up there and he said he hadn't,” Becky said. “I saw the door open and close and the kids heard it.”

On November 10, 1988, Becky and the children were watching “The Cosby Show” when their visitor became real.

“My daughter said that she saw someone come out from her bedroom and head back through the hall and towards the bedroom,” Becky said. “She got freaked out but the voice from whomever it was told her not to tell anyone that she what she saw.”

Becky said this visitor could have been her uncle who died in 1980.

“I had many dreams of an uncle,” Becky said. “In my dreams, he would stop by to see how I was doing and when I would tell him I was OK, he would walk on through the living room and I assume out towards the kitchen. He wore work boots.”

But if her uncle did visit, he wasn’t there to protect them. Around Christmas, things in the small apartment turned dark. 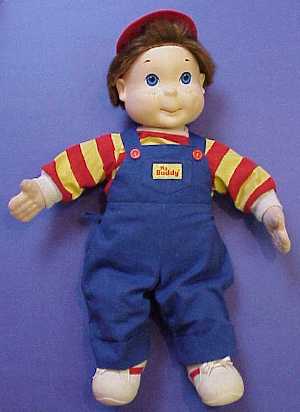 “I got my sons, Jarrod five years, and Zac two and a half years, each (a My Buddy doll) for Christmas,” Becky said. “When Christmas came, they were thrilled to have the doll they had wanted.”

This popular Hasbro toy, launched in 1985, was a brown haired boy doll in a red baseball cap, bright, striped shirt, and red overalls. But to Becky’s boys the dolls quickly became a source of terror.

When Becky put her boys into bed just two months past Christmas, she tried to tuck them in with their My Buddy dolls. The boys didn’t want them.

“Jarrod had a look of terror on his face,” Becky said. “I asked him if he wanted the doll to sleep with and he replied, ‘No. At night it transforms into a monster and tries to kill us.’"

She tried to hand Zac his doll, and the boy screamed in horror.

“I thought I would see what their reaction would be when I told them if they didn't want the dolls I would give them away, and both boys did not care,” Becky said. “So, I put the dolls in the closet.”

The My Buddy dolls stayed there until around 1989.

“At this time, my friend called me and told me I had to watch a movie that was out called, ‘Child's Play’,” Becky said. “She would not tell me anything of the movie but said I needed to watch it.”

“Child’s Play” is a 1988 movie about a doll named Chucky possessed with the soul of a serial killer. Chucky bears a strong resemblance to the My Buddy doll.

“I turned the movie on with my kids with me and when they showed the Chucky doll, Jarrod got up, went into his bedroom to the closet and came back into the living room with the My Buddy doll going, ‘Chucky, Chucky’,” Becky said. “I was floored as the boys had not played with those dolls since they had been put in the closet in 1986.”

After the movie Becky called her friend.

“She said she had a bad feeling about those dolls when she saw them in the store,” Becky said. “She never said anything to me because she knew how much the boys wanted them.”

Becky and her family moved to California, but she still has the dolls packed away. Although she doesn’t know if the apartment’s loud visitor and the terrifying dolls are connected, she still has questions.

“I just wanted to pass this on to see if anyone else had ever had an experience like this before with this doll.”