The story begins with a broken marriage. A man, who wants to go by the name Powerman, drove to the Daniels’ house in Southern California in 1998 to talk with his friend Reggie. Reggie was going through a divorce and had recently moved back in with his parents.

“He sounded very depressed on the phone so I went by his parent’s house to try and cheer him up,” Powerman said. “But when I got to their house he was not there.”

The Daniels offered him dinner, so Powerman stayed. “Reggie’s father started talking to me about his son’s break up with his wife, and the fact that they were a black and white couple may have made it hard on their relationship,” Powerman said. “His wife Mrs. Daniels commented, too, about race.”

Then a look crossed Mr. Daniels’ face and the conversation turned to something unexpected. “Mr. Daniels told me there was bigger things going on in the world than between black and white people,” he said.

Powerman asked Mr. Daniels what he meant. “That’s when he told me about (what is now) Edwards Air Force Base,” Powerman said. “He use to work there in Mohave, California, on the base with a clean up crew.” 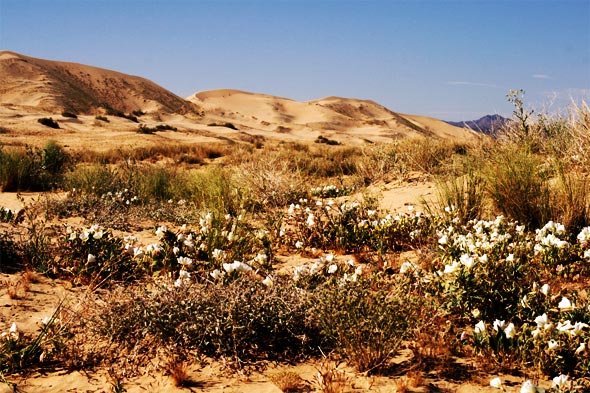 “They thought they where going to clean another plane wreck but found instead shiny silver pieces all over the ground,” Powerman said. “He said he thought it was aluminum foil.”

As they got closer to the crash sight the crew saw something unbelievable. “They saw what they thought where little kids on the ground,” Powerman said. “Then he said they jumped out of the truck and saw that it was little gray and pink people with big heads and big black oval-shaped eyes.” 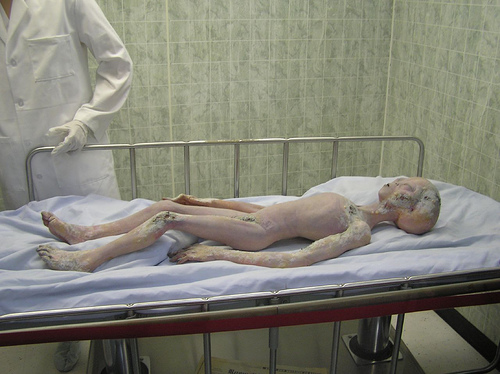 When Mr. Daniels said, “people use to say they where green but they are not,” Powerman burst into laughter.

“I started laughing so hard because he was making these faces,” Powerman said. “He started yelling loud the more I laughed. I told him that I was sorry but it sounded so funny to me.”

Mr. Daniels looked at him sternly and said, “That’s why they don’t tell people this stuff ‘cause they think it’s a joke or that he is crazy.” When Mr. Daniels called his wife back to the table and asked her to repeat what he’d told her in 1949 Powerman stopped laughing.

“She shook her head, ‘yes it was true,’ and said for months he acted strange before he told her.”

Then Mr. Daniels took the story a step further. “He told me that one of his friends talked to one of the aliens with his mind and his friend ran off into the desert,” Powerman said. “He touched one alive and dead and loaded them into the trucks.” 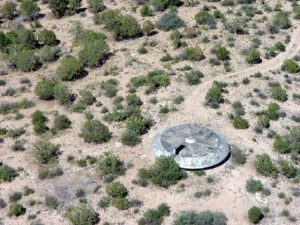 The clean up crew found thin metal and equipment scattered over the desert and wreckage “they believed to be a ship.” Crews from Lockheed arrived and worked with the military, picking up pieces of the ship and spiriting them away.

“I was just shocked to hear all this,” Powerman said. “I asked him why did he not talk about this to like the radio or newspaper. He said that he and his co-workers were all told that it never happen and that if word got out that they spoke about what they saw they would suffer dire consequences.”

After an hour, Reggie came to the house and the UFO crash story ended. Powerman didn’t think about it for years until he saw a television story on the Roswell crash, and Mr. Daniels words flooded back into his mind.

JFK Assassination is Still the Mother of All Conspiracy Theories