Dreams of Prophecy: Evolution and the Biology of Psychic Phenomenon

In the modern world, the mystery of psychic phenomena seems to coexist alongside itself, straddling rather fractured grounds between doubt and believability. While science still remains unable to prove conclusively that certain individuals can see into the future or read the minds of others, there nonetheless seem to be instances where "proof" exists, supporting that these things can, and often do, occur.

The "fractured" nature of supposed psychic phenomena is further complicated by the appearance of 1-800 hotlines, reality television programing, and a host of other commercial endeavors that, for good or for ill, promote the extra-sensory abilities of others for purpose of profit. While every individual should be allowed the ability to earn their living, the process of commercializing the unexplained often casts strange phenomenon like ESP in a poor light, especially amidst the scientific community.

But there are certainly those out there who seek to better understand such things as psychic phenomenon, and to do so utilizing the scientific method. In doing so, could we possibly discover that proposed "psychic abilites" may actually be the result of such things as natural selection, and even underlying biological processes occurring within the body?

I am reminded of a musician friend of mine who once told me that he, upon first meeting certain women throughout his life, had always received a particular sensation if this would eventually be someone he would later begin dating. The conversation came together as the result of a question I had asked him: do you believe in psychic phenomenon? Indeed, it was my friend's feeling that the "sensation" he had described, rather than merely being the kinds of sparks flying between two interested individuals, had actually been something precognitive that "alerted" him as to which women he met would be an ideal partner. 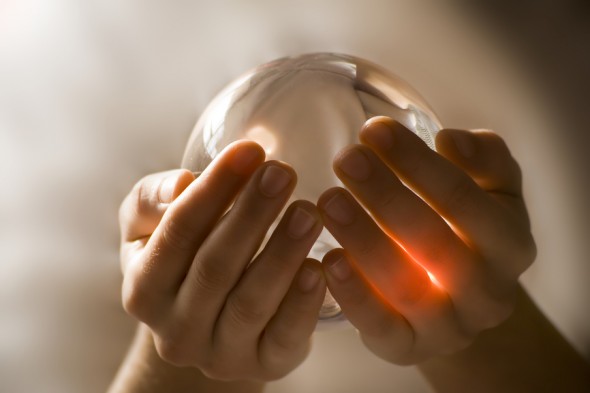 If we were to suppose, for instance, that there were some underlying evolutionary reason for this kind of process to occur within the mind, we might assume that developing a precognitive ability to discern which people would become the best partners could be conducive to procreation. Again, in an evolutionary sense, this sort of "evolved" ability to precognitively pick lovers might have served our ancient ancestors in the successful furtherance of our species; it could also explain the increased incidence of psychic experiences couples seem to share, as discussed thoroughly in books like author Brad Steiger's Otherworldly Affaires: Haunted Lovers, Phantom Spouses, and Sexual Molesters from the Shadow World.

Another unique way of viewing the benefits of developing psychic abilities could have to do with the nature of thoughts and, more specifically, dreams. Often, people who claim to have experienced precognitive events did so through recollections of things experienced during the dream state. Could it be that the dreaming mind, serving as an effective "simulation" of the real world and the activities we will engage within it, might at times help us to ready ourselves for upcoming future events? Furthermore, would it be too much of a stretch to assume that the dreaming mind might occasionally do this through the use of psychic dreams?

At the blog for The Rhine Center, a very insightful post titled "Psi Events and Evolutionary Psychology" recently touched on a similar idea, while expressing the ways that biology and natural selection could be underlying the development of psychic abilities:

Your experiences are mediated by your physical parts, and those physical parts with their sensory structures got here via natural selection.  It is known that there are psychological processes that you are born with, that are built into your DNA such as the ability to use language or walking.  One such evolved trait in humans is a mental world where you create a virtual simulation of life.  This allows you to make plans, to remember events, to solve problems and practice real-world activities in a virtual setting.  The process of natural selection also takes place in this virtual world.  The mind is constantly taking in new pieces of information and testing them against problems that you can expect to encounter.  This seems to be the primary evolved function of dreaming.

Dreams are also discussed seriously within the context of psychic phenomenon and prophecy in Elliot R. Wolfson's fantastic book A Dream Interpreted within a Dream: Oneiropoiesis and the Prism of Imagination, in which the author shares a wealth of unique observations pertaining to prophetic nature of dreams. "What is significant about the dream," Wolfson writes in the book's second chapter, "is that it is a mode of seeing in the present about the future based on the past, and similarly, prophecy is a preview of what will transpire, often envisioned in parabolic images that call for interpretation." He goes on to express, in a Faustian comparison, the way that dreams tend to mirror something deeper than the mere existant reality:

"The dream may be likened to the mirror of Faust, a mirror that mirrors not a reality external to it, but the mirror of the mind gazing upon nothing but its own proclivity to dissemble indeterminately and deficiently. The oneriic seeing is thus a vision of nocturnality gleaming forth at the heart of nocturnaily--even when the dream occurs in daylight--and beholding a darkness too incandescent to behold." 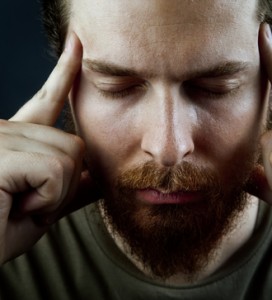 While wordy, I try to enjoy the colorful (beautiful, in truth) use of language that Wolfson evokes here; but despite his almost artisitc expression of the dream state, his assertions peer beyond the obvious, and instead look into the darkness of the philosophical dream-state. It becomes a place where, instead of merely thoughts rumbling around in one's head as they sleep, the very shadows of reality play against one another, in an almost imperceptible sort of depth that challenges the mind of the individual. What exists in the dream world very well may not be merely "reality" as we tend to perceive it, but instead some complex rendering of that which exists around us non-temporally; a collection of potentials that occasionally enter our mind while dreaming, and which may at time be capable of revealing things to us that the known capacities of the mind aren't believed to be capable of.

Food for thought, sweet dreams, and all the cliché expressions come to mind here, but perhaps they are so standard for a reason; whether or not science can explain the peculiar nature of psychic phenomenon, it appears to be something innate to humanity, though more often misunderstood than recognized, even partially, for the curious role it may play in our progression as a species.

Changing the Playing Field: How Skeptics Respond to the Unexplained