JFK Assassination is Still the Mother of All Conspiracy Theories

The assassination of U.S. President John F. Kennedy at Dealy Plaza near Dallas, Texas in 1963 is perhaps the greatest single event in the history of modern conspiracy theories. While some still maintain that Kennedy's death was the direct result of lone gunman Lee Harvey Oswald, a majority of Americans still seem to think that there was far more to this event than the mere workings of a solitary lunatic. If anything, there simply had to be other forces at work, and with obviously nefarious intent.

Rather than existing solely as a conspiracy involving the death of an American politician, the killing of JFK stretches into other realms; it remains a hallmark which represents the death of innocence in American lifestyle, and opened a window to dark pathways existing in parts of the world governments showing how easily both a human life could be taken, and how well covert operations can be orchestrated to do so. How far down the proverbial rabbit hole one may choose to go is largely a matter of opinion, as the theories as to why, precisely, JFK was assassinated remain wide and varied, ranging from mob activities to secret payoffs by wealthy elitists. But there are other factors worthy of consideration that are less often questioned... and which involve elements of even darker conspiracy and esoterica. 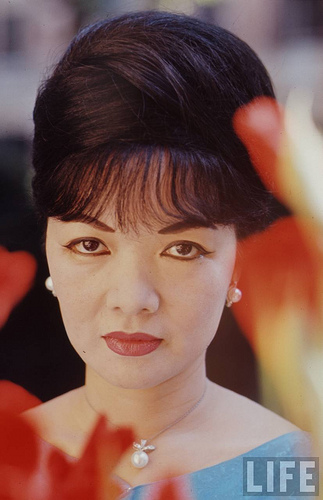 Speaking with a number of researchers who do follow conspiracy theories about the Kennedy assassination will show that a majority of individuals feel that Kennedy's successor, Lyndon B. Johnson, may have been involved with the plot that took JFK's life, and hence, his position of authority. Arguably, there are historic ties the Kennedy family had with organized crime just as well, which may have come into question regarding his death (keep in mind that Kennedy, as well as his brother Robert, had both publicly stated their intentions to stand athwart the presence of organized crime syndicates, something their father, Joe Kennedy, had not observed quite so steadfastly, especially during the prohibition years). And more recently, even stranger theories regarding the influence of South Vietnamese First Lady Madame Nhu in he plot to kill JFK have also surfaced.

But there are other factors that seem to be associated with reasons the greater powers that be might have disliked Kennedy. For instance, Kennedy had advocated that United States currency be returned entirely to a gold standard, and often spoke out in what appeared to be references to globalist bankers and the so-called "Gnomes of Zurich." However, there are also many misappropriations in that regard, as well (for more on this, look at one of the many "phony JFK quotes" circulating on the Web that appear to reference conspiracies acting from behind the veil of extra-governmental darkness). Nonetheless, JFK's intentions to maintain tangible wealth behind the U.S. dollar would have been inconvenient for those who were looking at a "bigger picture" where money used worldwide--especially the U.S. dollar serving as a currency standard--could become more "liquid," and hence aiding such global trade in favor of the dollar. Quite clearly, within a decade of Kennedy's assassination, the U.S. dollar had become an entirely fiat form of currency, after the dissolution of the Bretton Woods system under President Richard Nixon in 1972.

But there were other very interesting things that Kennedy had said which, to again view the circumstances from a conspiratorial angle, seem to be quite revealing. Kennedy was known to have mentioned his concerns in a memo to then NASA administrator James Webb regarding the potentials for a joint U.S.-Soviet space program, in which he warned about being able to identify "between the knowns and unknowns." While Kennedy never stated specifically what an "unknown" would constitute, within the framework of a space program, it seems logical that he may have been talking about unknown aircraft of some variety, more commonly referred to as UFOs. Again, we see an example of how Kennedy's thinking "outside the box," and no matter how carefully it was approached, may have led to him being "flagged" as a trouble maker in the eyes of some, who would prefer that such things as the open, political discussion of UFOs and monetary policy be left alone.

Could these sorts of elements indeed contribute to the various conspiracies surrounding the death of the 35th President of the United States? It does become hard to tell altogether, considering the spins and circles various speculative rabbit trails have taken over the years pertaining to the matter. But as the various ideas and theories continue to compound around the mystery, the difficulty in accepting the classic "lone gunman" theories, let alone what the Warren Commission's official report stated (or rather, left out, to put it more concisely) seems to only add more fuel to the fire. Something was going on in Dallas that day... and in all likelihood, it wasn't what most of us think it was!