The Evil That Follows

David and Jerra sat cross-legged on her bed, their fingers on a Ouija board’s planchette. This night in the mid-1980s grew long as they asked questions, and the triangular plastic piece skittered under their fingertips, and spelled out answers. “We were about 16, we would play with a Ouija,” David said. “We contacted a spirit by the name of Zabul. We were playing in her house when it said that it was there behind a door.”

Three doors stood on the walls of Jerra’s room, one to a closet, one to the hallway, the other to outside. On shaky legs, David and Jerra rose from the bed and peeked behind each door.

Startled, they put the Ouija board away for the night, but they kept coming back, and so did Zabul. Zabul’s communication soon turned dark.

“We reached out to Zabul a couple of times,” David said. “I don’t remember exactly what the threats were, just they were threats.” 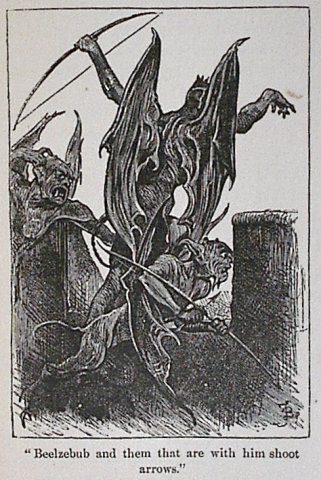 But the threats were enough to make them give up on the board. Pre-Internet, David and Jerra, from a small rural Midwest town with limited resources, never explored the word “Zabul.” If they had, they may have abandoned the board sooner. Zabul, meaning “prince,” is the basis for the name of the prince of demons Beelzebub, the Lord of the Flies.

“Ask yourself this, would two 16-year-olds going to high school in the 1980s really know the word Zabul?” David said. “I don’t think so.”

A few years went by without incident, and David and Jerra went to separate colleges, Jerra to a local private Southern Baptist school, David to a state university almost three hours away. David didn’t know it at the time, but something went to school with him.

“During my freshman year of college, I walked in while a couple of people were doing the Ouija,” he said. “When I walked in, it started moving a lot between the letters Z-A-B-U-L. It was back and forth, back and forth.”

David sat on his friend’s bed, watching the two use the board, wondering if they knew Jerra and if Jerra had put them up to playing a joke on him. They didn’t know her, and this was no joke.

“I knew I hadn’t told them, and Zabul is not a common name,” he said. “After a little while, I asked them to ask it if it knew me.”

The planchette skittered to “yes.” 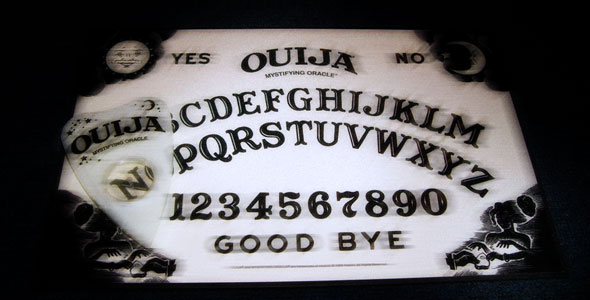 “I was frighten,” David said. “They wanted me to stay in the room and talk to it. I left.”

David later discovered the moment he left the room the board grew unresponsive. “They couldn’t reach out to it again.”

Someone else did. During David’s sophomore or junior year at college he went to a fraternity brother’s apartment, and found something waiting for him. “His girlfriend had been there, they did the Ouija,” David said. “So he still had the board out.” As they talked about the board, the planchette moved on its own.

“He got back on it, put his hands on it, and it once again started the Z-A-B-U-L,” David said. But the session didn’t last long. “Something on his stove caught on fire, which caused him to interrupt the Ouija. I put it away.”

In 2000, years after David graduated college, he moved to Jacksonville, Florida, and found something was attached to him. 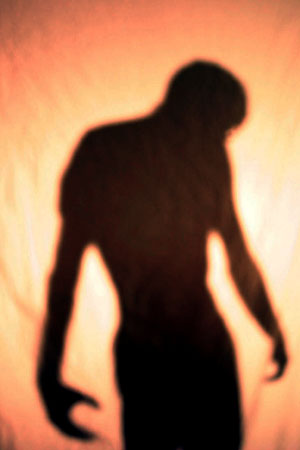 “When I first moved to Jacksonville and got an apartment, there were times I felt something there,” he said. “Then when I got my house, I started to see the Smudge. That’s the best way to describe it.”

And the Smudge was invasive. “I would be running the water and walk out of the bath only to remember I hadn’t turned it off, when I would go back, it was off,” David said. “I felt it several times when I would try to go to sleep, nothing ever scared me.” David’s ex-boyfriend also felt the presence of something oppressive in the house, although he never saw the Smudge.

“I was then transferred to Miami, so I had to sell the house,” David said. “My mother was staying in my house with my dogs while I was working in Miami. She experienced a spirit in her room. She said that she was frozen in fear and that it was not a good spirit. She spent several hours praying. She didn’t know any of this before she told me.”

The Smudge didn’t follow David to Miami, but when he moved back to Jacksonville with his boyfriend Andy, the Smudge reappeared.

“I saw the black Smudge more and more,” David said. “I can count ten times there was a spirit in our room. I would be laying in bed in complete fear. It never failed but when I felt that way Andy would mention something the next day that he felt something was in the room.”

The Smudge slowly grew bolder. “It started to change,” David said. “On a couple of occasions we heard glass break in the middle of the night, as though someone was in the house. So much that Andy and I would run outside to get out.”

Friends began to comment that David’s house just felt wrong. “They felt something odd but wasn’t sure what it was,” David said. “I had a neighbor whose two kids claim they would hear things upstairs and eventually became scared of going to our second floor.”

The oppressiveness began to feel not only frightening, but evil. “I would be in bed, I could feel something in the room, hovering over me and I would just pray and pray for it to go away,” David said. “It never ever failed that when I felt that while Andy and I were in bed together, he felt it too and he would be the one to ask me about it the next day.” Whenever the oppressive, evil feeling crept over David, his dogs Ben and Grace would sit and bark at the wall.

When David’s relationship with Andy took a bad turn, he moved to the couch, and the feeling of something evil hovering over him, pinning him down would rack his nights. “I don’t know how to describe it but it would cause me to have panic attacks,” he said.

Back in Miami again, the Smudge seems to have grown tired with David, which he doesn’t regret. “Whatever it was was pleasant at first,” David said, “but became evil.”

The Man-Beasts of South America