Just recently, long-time friend, ufological author, publisher and observer of the saucer scene, Tim Green Beckley, emailed me to say he was working on a new book on the controversial issue of time-travel. Tim asked me: would I be interested in contributing a paper to the book? "Well, of course I would!" I replied. And, now, the book is available to one and all. Its title: Plans for Time Travel Machines That Really Work: How to Move Through Time and Space.

Over the years I have heard more than a few stories, theories and suggestions that, just perhaps, our presumed extraterrestrial visitors may not be quite so extraterrestrial, after all. Maybe they're us. But not us from now, if you see what I'm getting at. Instead, maybe they are from times still yet to come. Yeah, I know, it's all a big mind-f**k. But, it's still a matter worth addressing, no matter how many headaches it gives us!

Without doubt, one of the most intriguing theories that suggests a time-travel component to the UFO puzzle came to me from good mate, and prolific author and researcher, Joshua P. Warren. Josh has developed a very interesting scenario that places one of the most controversial aspects of the subject firmly into a time-surfing context. It's one of my favorite of all paranormal puzzles: the Men in Black. 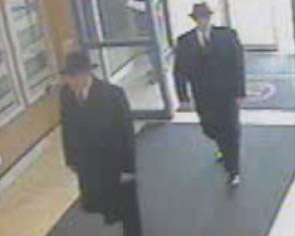 In an interview I did with him a couple of years ago, Josh said of the darkly-clad, sinister visitors: “Why do the MIB dress like this? Why do we call them the Men in Black? Well, if a man puts on a black suit, with a black hat and walks down the street in 1910, and you see that man, you would probably notice him. But, would you think there was anything too extraordinary, or too out-of-place about him? No: you probably would not.

"And if you saw a man walking down the street in 2010 wearing a black suit and a black hat, would you notice him? Probably, yes. But, would you think you think there was necessarily anything too extraordinary? No. And that’s why in and around the whole 20th Century, it just so happens that the black suit and the black hat will work for them."

Thus, in Josh's notable scenario, the MIB dress in such a fashion to ingeniously allow them to blend in, no matter what era of the past century or so they might be visiting at any given moment. But what of times before, say, the dawning of the twentieth century? How might the MIB have camouflaged themselves back then? Josh has a few ideas about that too:

“If you were to go back into the 1600s or 1700s, there would be a different wardrobe that would work within the broadest range. I don’t know what that wardrobe is, but I feel confident that if I sat down with a historian who was extremely knowledgeable of the fashions from those past periods, and who also understood the concept that I’m talking about, we could probably come up with a dress that the Men in Black may have worn at various points throughout history, in order to give them the widest range to work within at any given time."

But, if the Men in Black are indeed some form of future-humans, then why are they so interested in the past? Or, rather, our present? Josh muses on the possibility that perhaps rather than being the bad guys that many perceive them to be, the MIB are actually something along the lines of time-cops, whose role it is to ensure that past, present and future are not thrown into flux by reckless time-travelers who soar around the skies of our time in futuristic vehicles that we perceive as alien spacecraft. 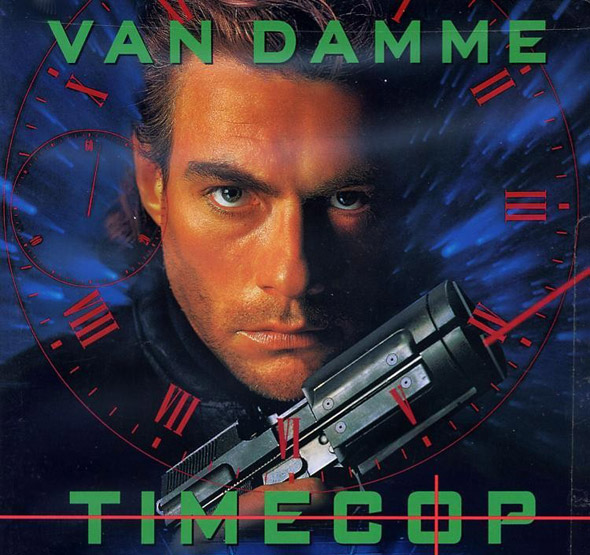 Josh says of this scenario: "If you have a situation in which the timelines are being constantly changed in an unauthorized way, by some of these para-temporal travelers, from far in the future, then obviously you’re going to have these Men in Black pop up there to try to get the timeline situation under control. And that’s why, when you take something like what happened at Point Pleasant in the 1960s, we have a variety, a whole spectrum, of paranormal activity and strange creatures, and then the Men in Black suddenly appear."

Josh concludes: “So, it could be that the Men in Black follow all this stuff around; that’s their job. Not that they are causing these things to happen, but they’re alerted to it when there’s a dangerous timeline issue that needs to be corrected. They’re not necessarily the bad-guys at all; they might be doing damage control, and maybe that includes warning and silencing witnesses to protect the time-travel secret. They might be weird, and they might look weird, but their overall mission may be just to keep order and protect the timelines.”

The MIB as good guys, after all? Now wouldn't that be a twist?!