Archives of the Alien Variety?

It's amazing what you can find when you go looking into the seldom-studied archives of certain government, military, and intelligence agencies. A perfect case in point being a certain, brief wave of encounters of the UFO kind that reached the eyes and ears of the old British Air Ministry in the clearly-defined period of August to September 1963. Each and every one of the cases referred to below (and many more from this same time frame) can be found in the depths of Britain's National Archives, but have seldom received the publicity they deserve. So, it's time to change that...

An event occurred at Beckenham, Kent, England, in late August 1963 that bore all the hallmarks of an encounter with one of the fabled Foo Fighters of the Second World War. And, notably, the witness had a military background: he had served during the hostilities of 1939-45 with an anti-aircraft detachment and until 1961 was attached to a territorial unit of the British Army.

"At 0150 hrs on Tuesday the 27th August I was awakened by my wife to see what appeared to be something in flames falling from the sky, slightly N.W. of my house. This object appeared to be a ball of incandescent gas, red and black and was about a foot in diameter, and gave the impression of intense heat. It dropped like a stone from approximately 1000 ft to 500 ft, then stayed still for about 2-3 seconds, then started moving at an incredible speed in a Northerly direction and was out of sight in a matter of about 4 seconds. As it went away the wind brought a slight humming sound to us and the red and black appearance turned slightly yellow."

He continued: "I would be grateful if you could throw any light on the matter for me and would like especially to know if you had anything showing on your radar screens at the time I have stated. I am convinced that the object was powered as it travelled against the wind, and think what we saw may have been some sort of exhaust gas or flame." 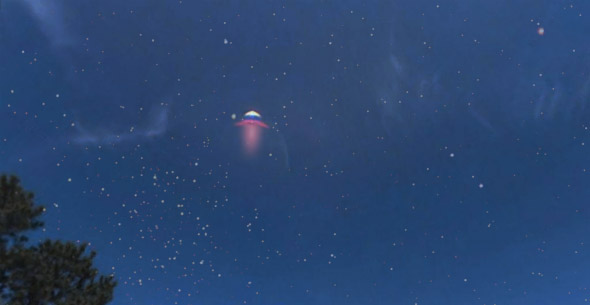 Possibly anticipating that Whitehall would offer a totally down-to-earth explanation for what occurred, Mr. Hooper closed his letter thus: "I hope you will not try and persuade me that the object was a meteorological balloon as these as far as I know could not possibly travel against the wind."

In this particular case, Air Intelligence once again asserted that a solution had been found. Mr. Hooper, came back the conclusion, had been fooled by a "fireball." That the UFO had hovered in the air for two to three seconds was ignored by Air Intelligence; as was the fact that Mr. Hooper’s anti-aircraft work during the Second World War would have given him first-class observational skills.

"At approximately 10.25 p.m. last night (sun. 15th) my son called me into his bedroom. He pointed out a light looking exactly like a star. It was moving towards us in what appeared a very slow fashion. I at first took it to be a plane but the light was too bright and it appeared to be at a great height. The light then appeared to be zig-zagging. Not as an aircraft would, i.e. with a bank or curve at each new leg of flight but with an immediate change of direction. 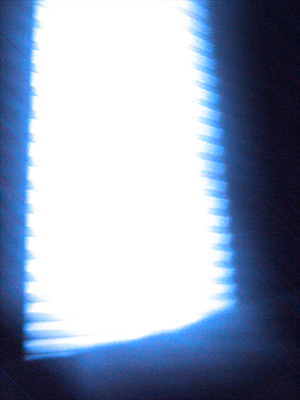 "When almost overhead the light underwent a course change of approx. 90 degrees. The line of flight was again constant and it headed away in an E.S.E. direction. After a short time it appeared stationary. This was for maybe three to four minutes. The light suddenly appeared to go out, then just for a fraction of a second it seemed to be dark blue, then it was gone.

"The only conclusion I can make out is that it was moving outwards! The whole thing lasted for approx. 15 mins. and was seen by my wife, my son and myself."

And again, there was the crucial factor so present in the overwhelming majority of those cases discussed thus far: "I would like to point out that during the war I was a radar operator, a trained supervisor, one of six selected for the whole of the M.E. Command."

Needless to say, the Air Ministry again dismissed the case. "The man saw a satellite," Air Intelligence informed the office at Whitehall that handled UFO reports from the general public.

Barely a week after, a UFO incident took place at Peterborough, England, that involved both civilian and military witnesses. The facts were set forth in a two-page Restricted report from Sergeant T.G.M. Kendall at RAF Wittering, Northants., who graphically relayed to the Air Ministry what took place; and since this particular report is of some significance, I reproduce its contents in total:

"Sir, I have the honour to report the following facts for your consideration. I was NCO in charge [of the] Operations Room at 2240 hours on 26th September, 1963 when I received a telephone call from Mr. STRICKSON of [witness’s address] who, in company with Mr. QUANTRELL of the same address, saw what he considered to be two unidentified flying objects. The objects were in view in the first instance from 2000-2100 hours.

"During that time two orange coloured balls of light travelled from the South to the East in a zig-zag fashion, then were seen again moving from West to East. They were then seen to orbit overhead for some ten minutes during which time three or four objects left the two first mentioned and then rejoined them. Mr. Strickson was not able to estimate the range or the altitude of the sightings, but considered them to be higher than an aeroplane but lower than a star. 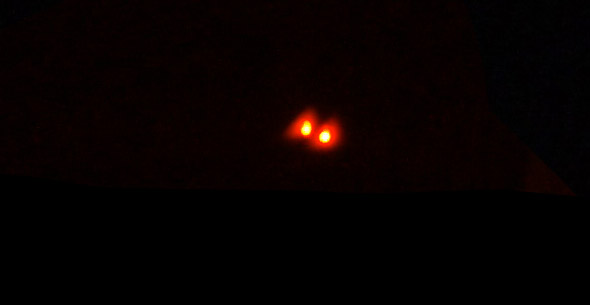 "I received a further call from Mr. Strickson at 2250 hours reporting two objects blue in colour, higher than the previous sighting, and travelling very quickly. At 2320 hours Mr. Strickson informed me of two sightings which had taken place at 2305 hours when two objects were seen to move west to east in close formation one behind the other, the one in front being appreciably brighter than the one behind.

"At 2330, 2340 and 2350 hours, I received calls from S.A.C.W. [Author’s Note: Senior Aircraftswoman] Marshall, the Duty PBX Operator, who had seen a bright orange light moving north to south which had turned south in the first instance and subsequently orbited overhead. At one time she thought that she had heard engines but was not sure.

"As a result of these calls, I joined S.A.C.W. Marshall outside the PBX building and saw at 0010 and 0020 hours two orange lights approx. 30 seconds apart which appeared from W.S.W. at a constant altitude heading approx. 100 degrees, flying what I considered to be a left hand race track pattern.

"The Duty Operations Officer at Air Ministry required a full report to be submitted to Air Ministry D.D.I. Tech [Author’s Note: Deputy Directorate of Intelligence, Technical] giving full particulars of all witnesses. A met. Report giving the conditions at two specimen times during the period of sightings is attached to this report. I have the honour to be, Sir, Your obedient Servant, T.G.M. Kendall, Sergeant."

Once again the Air Ministry quickly came up with a solution. All of the witnesses (including trained military observers) had been fooled by an air-to-air refuelling operation. However, an examination of the files pertaining to the case show that, in reality, this was simply the Ministry’s best "guesstimate," as no such refuelling operation was ever officially confirmed as having taken place.

The cases cited above are just three of many that caught the attention of the Air Ministry in August and September 1963; yet they were all dismissed as of no consequence - even though the witnesses were serving or retired military personnel.

A case of the government of the day merely wanting to be rid of the UFO controversy because it was embarrassed by the fact that it didn't have a full understanding of the matter? An attempt to play-down officialdom's shocking knowledge of visitations to our world from something unearthly? Or something else? Fifty years later, it's unlikely we'll ever have solid answers...

The Space People: Reports of Humanoids from Yesteryear