Life on Earth, simply put, is going through some rather drastic changes. As we continue to implement technologies that grow and change with time, it becomes ever more clear that the world we know today will, in all likelihood, be almost unrecognizable when compared with the distant future many now expect.

But trends in technological growth and innovations in a variety of fields have begun to cause questions, not only so far as how our world will change, but also regarding how humans will change just as well. If anything, the more our technology progresses, the more likely it seems that the humans of today will also become far removed from the beings that will result from the demands of tomorrow.

While it is expected that a variety of changes could transpire in the next few decades, there are also the kinds of potentials that become worrisome, when it comes to how such eventual technologies may affect our ability to thrive on this world. When weighing the potentials, one area that immediately comes to mind is that of armed combat; specifically, the use of such things as functional telepathy achieved through technology, as well as genetic manipulation and even hybridization technologies used to improve the natural function of the human senses, could create an all-new new brand of soldier which, rather than being merely "super-human," could be something altogether quite different indeed... 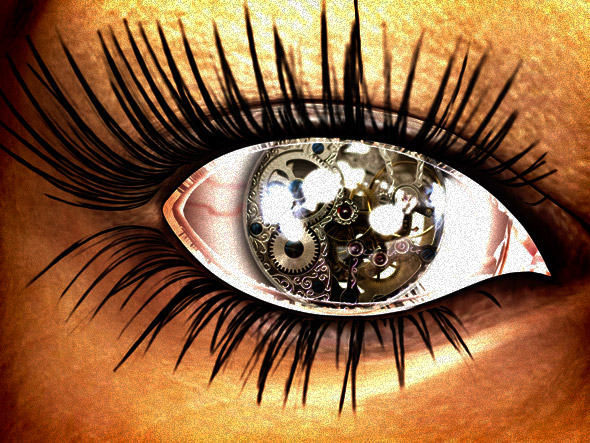 This sort of presumably "mutant" technology that I'm alluding to here became the focus of a recent study released by The Greenwald Foundation, which dealt with cyborg and other synthetic components used to augment soldiers on the battlefield (you can read more about the study by clicking here). At the blog for Wired Magazine, writer David Axe further speculated as to what this "mutant" future might resemble on the battlefield:

"[I]magine a future battlefield teeming with amphetamine-fueled pilots, a cyborg infantry and commanders whose brains have been shocked into achieving otherwise impossible levels of tactical cunning.

These enhancements and others have tremendous combat potential, the researchers state. “Somewhere in between robotics and biomedical research, we might arrive at the perfect future warfighter: one that is part machine and part human, striking a formidable balance between technology and our frailties.”

The attempt at creating manmade semi-human war machines is nothing new, however; these latest studies into advanced enhancements to improve the performance of soldiers in combat are merely the latest in a long history of such research. Going all the way back to Lenin's Russia, history has shown that the scientist Ilya Ivanov had been tasked with serious attempts at cross-breeding humans with chimpanzees for purpose of breeding a tireless, and obviously somewhat animalistic super warrior that would have little aversion to cold temperatures or sub-standard rations. Also, a human-animal hybrid of this variety would presumably have been more "animal" in many regards, and perhaps even enough so that their limited ability to reason would prevent insubordination. 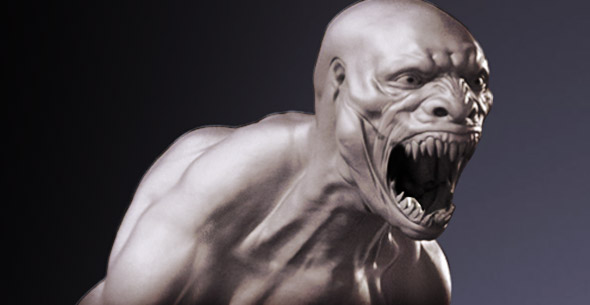 Today, there is of course an ethical issue involved with utilizing science for purposes of creating human-animal hybrids. However, the same considerations do not appear to apply necessarily to augmenting humans using other kinds of technologies which, arguably, would help achieve the very same sort of thing. Would the creation of human super-soldiers using cyborg enhancements and integrated machinery necessarily be any different from creating so-called "hybrids", or would it instead involve a similar, though perhaps more culturally palpable, version of the very same thing: an augmented, semi-human "mutant"?