Primitive Humans in the UK?

When it comes to sightings of strange creatures in the UK, they don't begin and end with the likes of out-of-place big cats and the Loch Ness Monster. Nope. Bizarrely, there are many reports on record - but that seldom get the coverage they deserve - of what sound like wild, primitive humans roaming the old land. Sounds bizarre? It is! But, read on...

Theo Brown - a noted Devonshire, England folklorist and acclaimed writer - was the author of such books as Devon Ghosts and Family Holidays Around Dartmoor, and someone who collected countless dark tales of terror. One such chilling tale came from a friend of Brown's who had been walking alone at dusk near the Neolithic earthworks at the top of Lustleigh Cleave, which sits on the extreme east side of Dartmoor, England in the Wrey Valley. 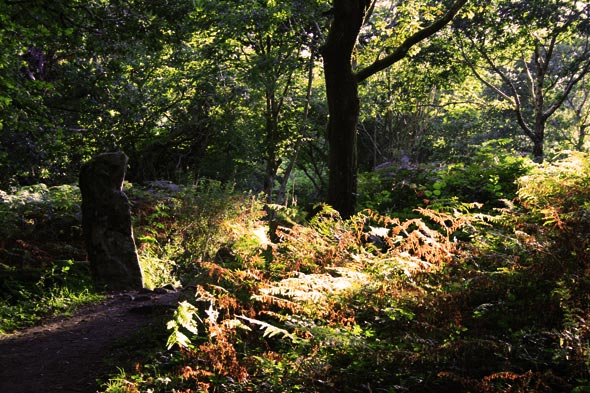 Lustleigh Cleave is an extraordinarily strange place at the best of times, and where an inordinate number of unexplained incidents and anomalous phenomena seem to take place on an amazingly regular basis. Moreover, the remains of prehistoric stone huts can be seen in the direct vicinity, and an ancient burial monument, Datuidoc’s Stone – which is estimated to have originated at some point around 550 to 600 A.D. – still stands to this very day, pretty much as it did all those years ago.

British cryptozoologist Jon Downes, director of the Center for Fortean Zoology, says of the weirdness that dominates Lustleigh Cleave: "I have got reports of sightings of a ghostly Tudor hunting party, of mysterious lights in the sky, and even the apparitions of a pair of Roman Centurions at Lustleigh Cleave."

But, adds Jon, getting to the most important aspect of the story, "Theo Brown's friend saw, clearly, a family of 'cave men,' either naked and covered in hair or wrapped in the shaggy pelts of some wild animal,  shambling around the stone circle at the top of the cleave." 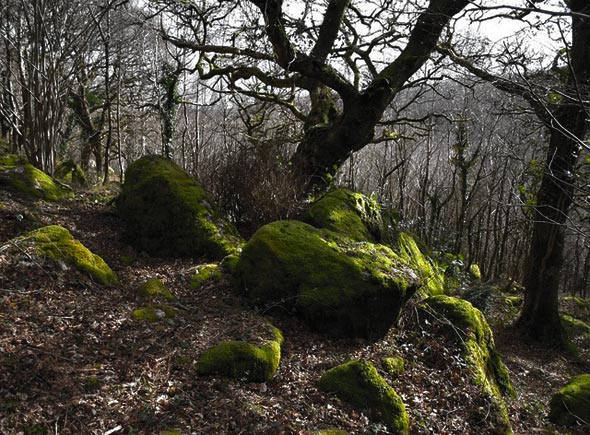 Moving on, the late Stan Gooch, the author of a number of books, including Creatures from Inner Space and The Paranormal, told of his encounter with nothing less than what seemed to be a Neanderthal man at a séance held at a house in the English city of Coventry in the 1950s! In Gooch’s very own words, during the course of the séance, something both primitive and primeval materialised before the shocked attendees: 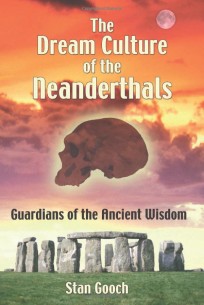 "This was a crouching ape-like shape, which became clearer as the moments passed. I guess it approximated to most people’s idea of what an ancient cave man would look like. Yet one could not make out too much detail – the eyes were hidden, for example. It stood in half shadow, watching us, breathing heavily as if nervous. I must say, though, that I sensed rather than heard the breathing. I could not decide whether our visitor was wearing the skin of some animal, or whether it had a rough coat of hair of its own."

All attempts to question the man-beast, and have it join the circle, were utterly fruitless, and, eventually, it melted away into nothingness. Nevertheless, Gooch never forgot the experience and later mused upon the notion that what he had seen on that fateful evening was a "classic Neanderthal."

Rather interestingly, Gooch, in later years penned a number of books, including The Neanderthal Question and The Neanderthal Legacy, which theorized that we, as Homo sapiens, are the result of a hybrid mix of Cro-Magnon man and Neanderthal man.

A man named W.E. Thorner was on the island of Hoy, off the north coast of Scotland, during the Second World War when he saw a group of wild men dancing on the top of a cliff at the height of a tumultuous winter thunderstorm. In Thorner’s own, captivating words:

"These creatures were small in stature, but they did not have long noses nor did they appear kindly in demeanour. They possessed round faces, sallow in complexion, with long, dark, bedraggled hair. As they danced about, seeming to throw themselves over the cliff edge, I felt that I was a witness to some ritual dance of a tribe of primitive men. It is difficult to describe in a few words my feelings at this juncture or my bewilderment. The whole sequence could have lasted about three minutes until I was able to leave the cliff edge."

Are primitive humans really roaming the more desolate parts of the UK? Could we be seeing evidence of past-times occasionally - and bafflingly - melting into present-times? Or, maybe, we should relegate cases like those above to the doman of the paranormal - whatever that may really be. Whatever the answer, there's wild stuff afoot in the UK!

Her Dreams Turn To Darkness