The time is shortly after 5:00 p.m. on the afternoon of Tuesday, June 17, 1952. The location is a large and imposing pre-war mansion on South Orange Grove Avenue in Pasadena, California. And complete and utter carnage and chaos is currently reigning supreme. Within the deep bowels of the old house, a laboratory packed with all manner of chemicals and scientific gadgetry is enveloped in flames. The Hell-like inferno is borne out of two terrifying explosions, the rumbling and reverberating echoes of which can still be heard at least a mile away, and which cause the neighbors to run screaming onto the streets, petrified that an all-destructive Third World War has just begun.

Lying on the floor of the laboratory is a man whose body has been horribly mutilated as a result of the awesome power of the explosion and the inferno. A sickening, bleak hole dominates what is left of the man’s lower-jaw. The bones of his left arm are violently broken, and both of his legs are completely shattered. Half of his right arm is missing, and the remainder is a tangle of exposed muscle, sinew, and bloodied bone. The man’s life is ebbing away fast – and what is left of his mind knows it, too. A wild and careering ride in an ambulance is undertaken to try and save the man from the icy clutches of that grimmest of all reapers, but it is to no avail. He expires at 5:45 p.m. at Pasadena’s Huntington Memorial Hospital.

Some people insisted, in hushed tones, that the man got everything he deserved – and then some. After all, for years he had been working to summon up unholy entities from some vile netherworld and may very well have succeeded in doing so, too. There were even rumors that the man had attempted to bargain with the Devil (yes, the Devil), as a means to further his power and influence, and to ensure for himself a position alongside the fork-tailed and horned one for the battle of Armageddon. And, at one point, the man had even loudly proclaimed himself to be nothing less than the Antichrist. 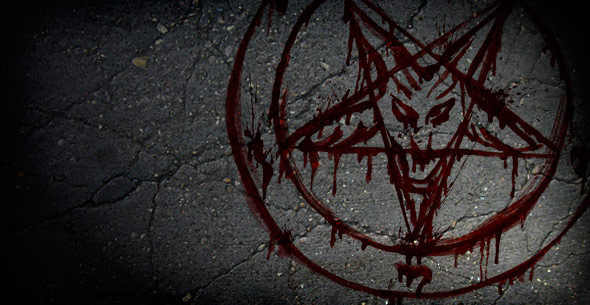 This story is made all the more incredible by virtue of the fact that the man at the center of this event was no mere fantasist, mentally-deranged dreamer, or wannabe Satanist. Rather, without this man – whose life ended so violently and terribly on that long-gone day in 1952 – the world would be very different one today. Without him, neither John Glenn nor Gordon Cooper would have likely ventured into space. Without him, Neil Armstrong would probably never have uttered those immortal, famous words of July 1969, when he took his first, tentative steps on the surface of the Moon.

In short, without this man there might well have never been a U.S. space-program, no NASA, no Apollo missions, and no space shuttle. In his own way, and in his short-but-packed lifetime, the man did not just change history or influence the present day, he arguably played an integral role in creating both. 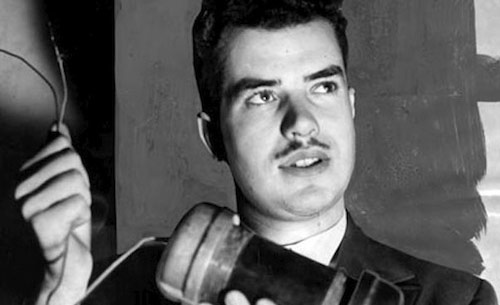 That man, whose life was so violently taken at the age of only 37, was Jack Parsons, a solid devotee of Aleister Crowley and a brilliant-yet-maverick rocket-scientist who was – some believe – responsible for opening an ancient and mighty doorway that ushered in the UFO phenomenon in all its diabolical might and power in the summer of 1947.

At his birth in 1914, Parsons was given the name of Marvel Whiteside Parsons and had a truly extraordinary life. An undoubted genius, he held - for a time - a top secret clearance with elements of the U.S. military (which was deeply interested in his work in the field of rocketry), became the subject of extensive FBI interest and surveillance, and  indirectly led NASA to send the Apollo astronauts to the Moon in 1969. Moreover, Parsons' Aerojet Corporation went on to produce solid-fuel rocket boosters for the Space Shuttle that were based on his very own, decades-old research.

And lest we forget, Parsons may have enjoyed sex with dogs. Allegedly.

A brilliant maverick to the very end!