Secret Files and a Satellite Plummets

I thought, for my latest post, I'd get into matters conspiratorial and of a definitive "secret file" kind. So here goes! There can be very few who can forget the frenzy that accompanied news from Russia that, over the Christmas period in 2000, contact was lost with its Mir space-station for a terrifying 20 hours. As the 140-tonne station hurtled around Earth, speculation was rife that Mir would spiral out of control and a disaster was imminent.

A calamity was averted when, as mission-control chief, Vladimir Sololyov, revealed on December 26, contact with, and control of, Mir had been re-established. "Mir will not fall on your heads on New Year’s Eve," he said. "We have a plan to bid farewell to Mir in a civilized and organized way." He said Mir would be brought down in a controlled descent in the Pacific between February 27 and 28. Ultimately, however, Mir broke up on March 23, 2001, as it hurtled through the Earth's atmosphere. 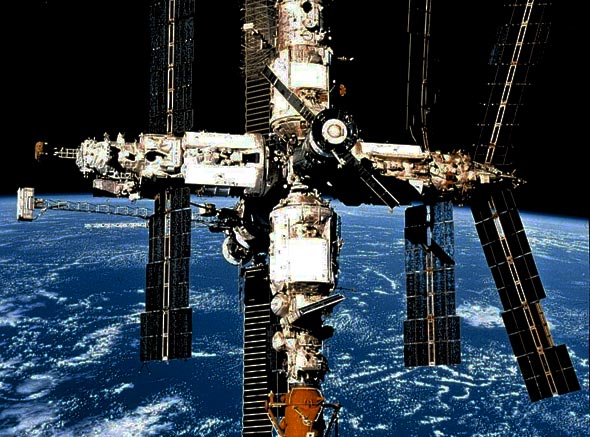 Throughout one of the tensest moments in the history of Russia’s space-programme, officialdom was quick to state that the possibility of Mir crashing to Earth and wreaking untold havoc was remote. Perhaps. It was while all this was going on I learned that the British Government had been acutely aware of the threat posed by satellites and space-stations in Earth’s orbit, and has since at least 1979 had secret guidelines in place should the unthinkable occur.

Indeed, I was given access to an eight-page document that detailed how the Government, the military and the emergency services would respond if a satellite crashed on Britain. Classified at Restricted level, and later upgraded to a higher level of security, the document, titled Satellite Accidents with Radiation Hazards, was prepared in 1979 by the British Government's Home Office and was circulated to every Chief Officer of Police, every Chief Fire Officer and every County Council in England and Wales. "Similar circulars are being issued by the Scottish Office and the Northern Ireland Office," said the author of the paper.

An examination of the file makes it clear that the Home Office’s decision to circulate the document on such a large scale was, ostensibly at least, because of an event that had occurred twelve months previously – as the following extract from the file reveals: "Following the descent of a nuclear-powered satellite in Canada on 24 January 1978, consideration has been given to contingency arrangements for dealing with the possibility of a similar incident in the United Kingdom."

The Home Office added that the possibility of a nuclear-powered satellite crashing within the British Isles was "remote." However, it was careful to add that "the special considerations that affect the use of nuclear materials and the safety standards applied to them make it prudent to devise plans to deal with such an incident." 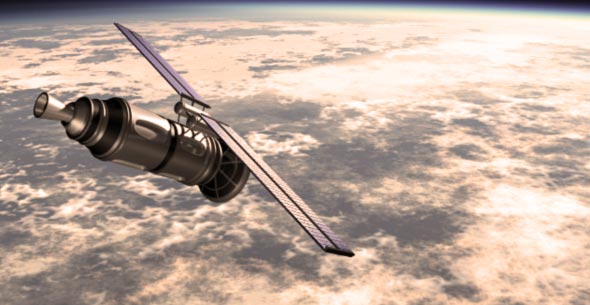 According to the file, one of the hardest predictions to make was when and where a stricken space vehicle, possibly spiralling wildly out of control and at hundreds, or even thousands, of miles-per-hour would impact. On this issue, the author of the document stated:

"Although it is likely that knowledge of changes in the orbital pattern which might lead to premature return to Earth would be available many hours or even days before re-entry occurred, it would not be such that a reasonably accurate prediction of the final orbit over the Earth could be made until 12 to 24 hours before impact. Even then forecasts of the precise point of re-entry along this track might still be in error by thousands of kilometers. It is possible accurate warning would not be available till a few minutes before impact and it is possible there might be no warning."

The document also makes it very clear that the Home Office was well acquainted with the more technical aspects of satellite technology: "Some satellites are designed in such a way that they will disintegrate on re-entry; others are so designed that fairly large components will remain intact on entering Earth’s atmosphere." And, if a space vehicle were to impact on the British Isles, what would be the outcome? The author of the document had a few ideas:

"Although the parameters of the orbit of a crashing satellite can be fairly closely defined, debris might fall over an area 2,000 kilometers wide. It would not be possible to alert police forces on a selective basis. In the event of a warning that a satellite might crash in or near the UK, all police forces would be alerted." 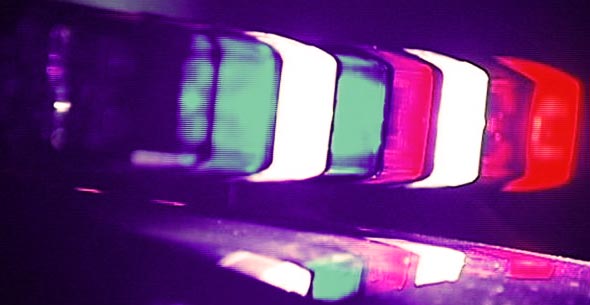 In other words, official authorities all across the nation would potentially be put on stand-by to deal with the crash and recovery of exotic, space-based technologies. And that would only be the beginning, as the file demonstrates:

"The crash of a nuclear-powered satellite would present problems such as: There would be a possible radiation hazard; debris from the crashed satellite might be scattered over a very large area, perhaps the greater part of the country; and the individual pieces of debris might be very small, yet each might present a small radiation hazard."

Most significant of all, however, is a section of the document that refers not to when, but if the public should be informed of such a disaster: "A Government decision would then be sought on whether the police should be alerted and whether a public statement should be made. If such actions were to be decided upon, overall responsibility for the measures to deal with an incident would be exercised from a central point in Whitehall, in a manner similar to procedures already established to handle a terrorist incident."

And who, precisely, would play a role in such recoveries? The list is intriguing, to say the least, and focused primarily upon the Atomic Weapons Research Establishment (AWRE) at Aldermaston; the National Radiological Protection Board (NRPB); the Ministry of Defence; and representatives from NAIR: the National Arrangements for Incidents involving Radioactivity. The Home Office then turned its attention to what would happen in the event that a crash was fully confirmed:

"When reports of suspected or actual locations have been received, the police should take such steps as may be needed locally to prevent people entering areas which may be dangerous because of radioactive material. All persons should be told to keep well away from possible radioactive debris. Although highly unlikely, some large pieces of debris might have radiation fields of significance over distances the order of 100 meters and some limited evacuation might be necessary; widespread continuous contamination is, however, unlikely."

In the wake of such a crash, the Home Office realized, the identification and collection of highly-hazardous debris would be a painstaking process:

"Since much of the debris would be very small, many of the fragments would not be sighted and unnoticed irradiated debris might well be scattered over thousands of square kilometers. A major search operation might have to be mounted to locate radioactive fragments. Whether to mount a search, and if so what area should be covered, would be decided by the central control point. 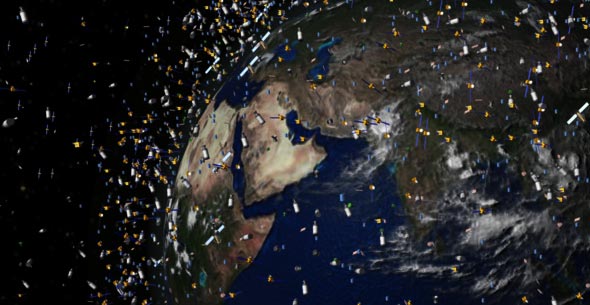 "Arrangements would be made to deploy the resources of every available technical support service, including teams from the Ministry of Defense, National Radiological Protection Board, United Kingdom Atomic Energy Authority, British Nuclear Fuels and Electricity Generating Boards, using specialist aircraft and vehicle search techniques. In rural areas, the most effective initial search to locate major sources of radioactivity might be from the air."

Two further sections of the document stand out as being worthy of comment. The first, titled Public Warning About Radioactivity, provides further insight into the British Government’s position on informing the populace at large of a disaster involving the crash of a contaminated spacecraft on British soil:

"It is for the Government to decide whether, and by what means, a public warning of danger from radioactivity should be given. In reaching that decision, the need to prevent unnecessary alarm would be carefully considered. Chief Officers should therefore ensure that nothing is done locally to anticipate a Government statement."

So much for the public: but what of the media? Under the heading Press and Publicity, we learn the following:

"It is essential that those dealing with a satellite accident and the Government team in Whitehall should not issue inconsistent statements. Chief Officers should ensure that all local press enquiries are directed to a senior officer at force headquarters, who is briefed to deal with them, working in close liaison with Government information officers who would make appropriate arrangements to coordinate the national dissemination of information from Whitehall."

In essence, that is the document. And although the leaked paper is now more than three decades old, there are several points worthy of comment. First, the Home Office was – and, logic dictates, still is – very concerned by the possible scenario of a radioactive space vehicle crashing on British soil. Second, the fact that the public might be kept in the dark, if circumstances dictated, is highly worrying.

One might ask: what gives the Government the right to decide whether members of the public are informed of the possibility that radioactive space debris might rain down on their heads? Should not such information be made public at the earliest opportunity? Yes, it should!