The modern notion that humankind may have been influenced in ancient times by an intelligence far exceeding our own is not only popular; it's almost endemic to Western culture. Among the faithful believers in paleo-contact, as Carl Sagan termed it, mankind's earliest innovations were the result of an alien intervention, either by beings who showed us techniques that would lead to the formation of a civilized society, or by direct manipulation of our genetic substructure for purposes of speeding along the natural evolutionary process.

Conversely, more skeptical thinkers feel that to place our faith in an alien intervention in ancient times only works to undermine the spirit of human ingenuity. How, if aliens were responsible for the path we took toward becoming more advanced, contemplative thinkers, would these alien "gods" have managed to evolve themselves? It begs the question as to whether, going further back in the lineage of advanced intelligences in our universe, someone (or something) might not have been capable of doing just the same to our proposed alien teachers. 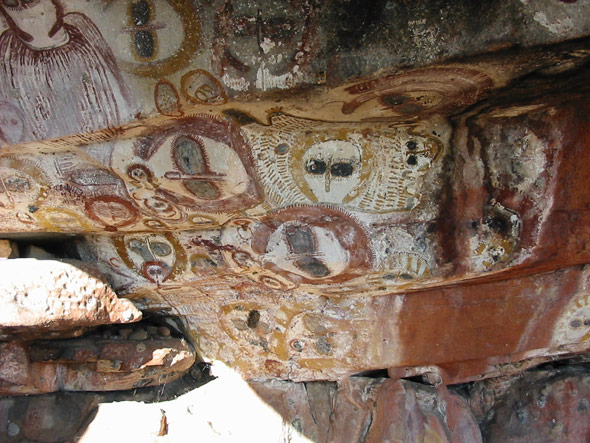 The paleo-contact approach is most often invoked by those who seek to find common ground between UFO reports, abduction encounters, and the mythologies of American Indians. However, a recent book on the subject, Encounters With Star People (Anomalist Books, 2012) looks at the phenomenon from both an historic perspective, as well as from the standpoint that modern day encounters with what many Natives call "Star People" are still occurring today.

"Ancient astronaut theorists maintain that Star People have been visiting Earth since the beginning of time," writes Ardy Sixkiller Clarke, a Professor Emeritus at Montana State University and author Encounters With Star People. "To support their claims, they often portray the legends of American Indian tribes as proof of human interaction with the Star People. There are also many [modern] stories of UFO encounters, crashes, and extraterrestrials by adventurers, cowboys, military men, and miners in the Northern Plains."

Indeed there are. One of the stories described by Clarke in a chapter titled "The Man Who Shot an Alien" details the story of Chauncey, an aging Native whose story didn't involve the literal shooting of an "alien," but instead a strange encounter with a "spaceman" who kindly attempted to take Blue Son, his faithful family dog. The story goes that a small "exploration" craft (some variety of small UFO) had apparently landed behind a butte near Chauncey's home, and subsequently a thin, ghostly pale man appeared who apparently conversed with him. After their visit, Chauncey and Blue Son walked the visitor back to his vessel, at which time the alien being was said to have taken interest in the fact that the dog obeyed when Chauncey commanded it to "heel." At this point, the spaceman gestured in such a way as to suggest that the creature board his vessel and join him, at which point Chauncey had laid his gun across his arm, merely as a measure of intimidation, expressing that the visitor be along his way... and without Chauncey's dog.

The more modern reports of alien interaction and UFO sightings detailed in the book are all very unique in this regard, especially since they often seem to express an ongoing interaction between natives and the Star People, to the point of almost becoming commonplace in their culture and society. A number of reports also appear in the book that cover aspects of ufology that have more conventional parallels, including UFOs hovering over weapons sites, underground bases, alien abduction, and popular myths associated with spacefaring alien beings working as "liberators" of humankind, in some capacity.

Altogether, it is very interesting to see a thorough study of American Indian tales as they relate to the stories of Star People and related phenomenon, but not entirely having to do with the conventional notions of "Native American mythology" associated with legends that may, in truth, only bear some relation to UFOs today (keeping in mind, all the while, that many modern tribes still maintain the view that present day UFO phenomenon actually is a manifestation or, perhaps even a continuation of known visitations that occurred in the ancient past). Whether the mythos surrounding UFOs necessarily plays into a more complex, modern counterpart involving actual visitation by extraterrestrials is anyone's guess; but the stories Clarke relates in her Encounters With Star People nonetheless inspire a lot of questions about the present day phenomenon. It is a field of study which, if anything, remains rife amidst the Native cultures in modern day America, and certainly points to some pervasive element underlying our legends and folklore that could, at very least, have some strange physical counterpart.