The parking garage in Lancaster, Pennsylvania, looked safe enough when David Jenkins pulled downtown on a winter’s day in 2008. Jenkins drove forty minutes from his home in nearby York, Pennsylvania, into this city of about 500,000 people to meet a friend he hadn’t seen in a year. He didn’t know evil would greet him when the sun went down.

Jenkins wound his way through the crowded garage and found a parking spot on the third floor. Then he walked to his friend’s apartment building. “We hung out and played PS2, bullshitted over old times, had a few beers,” Jenkins said. “I left at about 12:30 a.m. and went back to the garage for my car.” 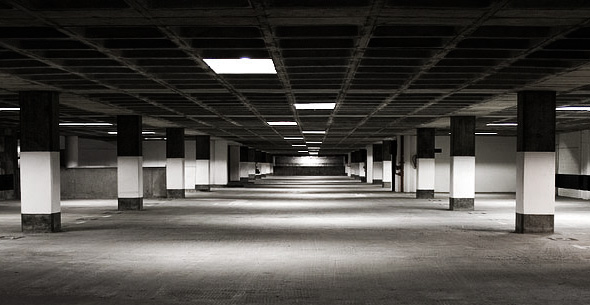 Jenkins walked through the cold, now-deserted garage, climbed into his car and started the engine, letting it warm before he started home. As he leaned down to slip an “old school hip-hop” CD into the stereo, he discovered he wasn’t alone.

“A tapping on my window scared the shit out of me,” he said. Jenkins snapped his head toward the window and saw two people staring at him through the glass. “They seemingly came out of nowhere.”

Jenkins immediately turned up the volume. “I know this sounds stupid, but I thought maybe if these were thugs they’d think when they heard that music that I was hard, or something, and maybe be more apprehensive about mugging me, if that was the intent,” he said. 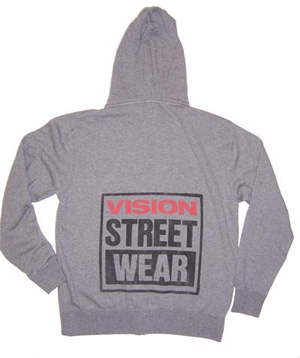 Instead of anyone threatening, he found two pale boys about twelve years old standing in the cold, staring at him through the glass. One boy was taller than the other, and both were skinny. They looked out of place. “The first thing that struck me as odd was their attire,” Jenkins said. “It was ‘80s clothing, only it looked brand new.”

One boy wore a new Montreal Expos baseball cap with a logo the team used between 1969 and 1991. The Expos haven’t existed since 2004. The Vision Street Wear skater hoodies they wore were popular in the 1980s. “What they were wearing just didn’t seem to fit with the time period,” Jenkins said.

The fear of the boys drawing a gun rushed through Jenkins mind. His door was unlocked. Hoping the boys didn’t notice, he rolled his window down a crack, and simply said, “yeah?”

The shorter boy Jenkins dubbed The Ringleader spoke first. “Excuse me,” he said in a voice much older and mature than what should have come out of that mouth. “We’ve had a slight mishap, and I was hoping you could help us out.”

The request froze Jenkins in his seat. “Those were the exact words too,” he said. “‘Slight mishap.’” Jenkins knew a twelve-year-old boy in a parking garage in Pennsylvania after midnight would have never said that. “I was nervous as hell,” he said.

The boy said their ride left them and they were now stuck in that part of town, and needed a lift home. “It seemed an innocent enough request,” Jenkins said. “But my BS alarm was going off. Something just felt really eerie about the whole thing. I mean two kids that young in a parking garage at that hour? It just wasn’t right.” 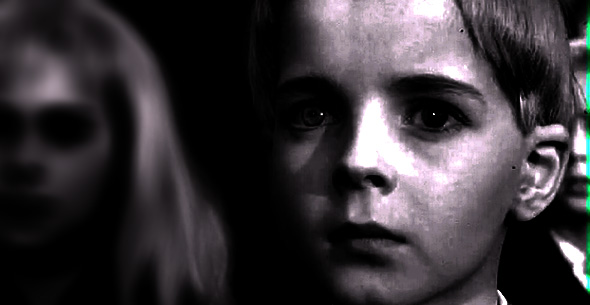 The fact the boys were in the garage also frightened Jenkins. He hadn’t seen the boys when he walked to his car, and when he got in suddenly they were there. The Ringleader’s request also made him nervous. “It just seemed shady,” Jenkins said. “I asked where exactly they lived, and that I was heading back to York. That ‘other end’ of Lancaster was in the opposite direction.”

Jenkins told the boys no. The Ringleader didn’t like that. “He said he’d give me gas money, and pulled out his wallet and took out a crisp $20 bill and held it up,” Jenkins said. “It was an old style one. An old style $20 should not be that crisp, looking fresh from the bank.”

As the strangeness of the encounter grew more in Jenkins’ mind, he started to ask questions. “Everything about this just felt very wrong,” he said. “I asked where exactly they lived.”

The Ringleader again said, “on the other side of town.”

The Ringleader balked; the other boy began to look nervous. “They couldn’t give me an answer,” Jenkins said. “This really creeped me out because it was now apparent that they really had no intention of getting a ride anywhere. They just wanted to get into my car.”

Then Jenkins saw something that kept him awake for the next two days. “I noticed something else – completely jet black eyes,” he said. The sight terrified him. Jenkins looked away from the children, trying to keep them from seeing the fear on his face. 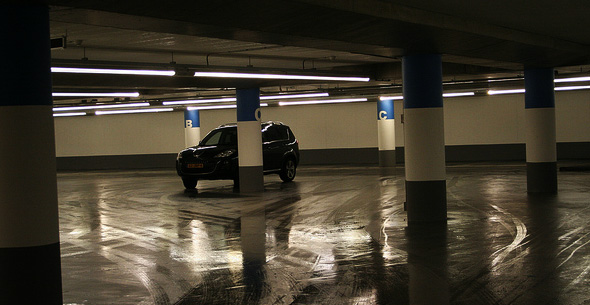 The second child spoke to him. “Please,” he said. “Can we please get in the car? It’s really cold out here. I’ll tell you where to go once we get in.”

“At this point it was fight or flight,” Jenkins said. “And I certainly wasn’t getting out of the car.”

He put the car in gear and told the kids “no” through the crack in the window. “Please, don’t go,” the Ringleader said, desperation creeping into his voice. “We’ll be stuck out here.”

“Sorry,” Jenkins said and started to pull away from these black-eyed children.

The tenor of the Ringleader’s voice changed. “Now, perhaps realizing their fate was sealed, they no longer held back,” Jenkins said. “The talkative shorter one’s voice changed now. No longer like that of a desperate little boy, it had a nasty snarl to it.”

The Ringleader started cursing at Jenkins as the car pulled away from them. Before Jenkins drove onto the ramp down to the lower level, he chanced a look in the rearview mirror. Terror stabbed at him anew, but it had nothing to do with the strange eyes of the boys. His fear came from something more human. “There was no trace of them,” he said. “I wasn’t thinking, ‘oh wow, they vanished,’ I was thinking, ‘shit, they’re gonna try to head me off at the next level down.’” 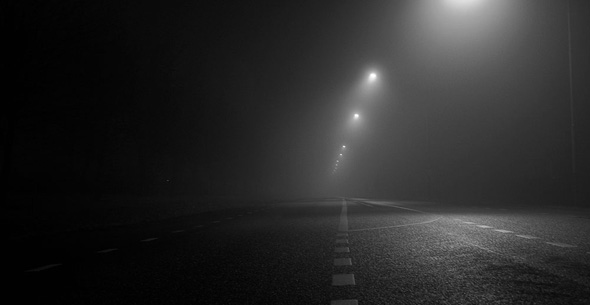 Worried the boys might run in front of his car at every turn, he hurried to the ground floor and shot onto the street. The black-eyed boys weren’t there. Three blocks away, his heart pounding in his chest, he stopped for a red light. “I kept looking back, scanning for them,” Jenkins said, but the strange boys weren’t behind him.

He sat in his car, still shivering from fear; the light stayed red. “It seemed like it was taking an unnaturally long time to change,” he said. “In fact I think now that those intersections are even supposed to be flashing red and yellow lights at that time of night.”

The minutes crawled by, and the light refused to change. Then he saw the black-eyed boys standing on a street corner he’d looked at not ten seconds before. “Sure enough, there they are,” Jenkins said. “I’d been looking around everywhere the entire time and didn’t see them coming. There’s just no way they could’ve gotten right on top of me without me seeing them coming.”

The Ringleader made eye contact with Jenkins and snarled. The second boy looked apprehensive “Even apologetic,” Jenkins said. “Like a good cop/bad cop routine or something.”

The boys started walking toward Jenkins’ car, and the panic again rose in his chest. The light still shown red. “There was nothing coming the other way and I just gunned it through the red light. I was hoping to God there’d be a cop.”

He didn’t encounter one police car on his fear-fueled drive home, running every red stoplight on his way. Once he reached the highway, he began to relax, but nothing went back to normal. “I didn’t sleep for like 48 hours after that, and didn’t sleep without a night light on for quite some time after,” Jenkins said. “When I finally did sleep they were in my dreams. I kept thinking that maybe my mind was just playing tricks on me that night, but after seeing other accounts, there are just too many similarities to write off. These things are very real.”