On a recent episode of The Gralien Report, host Micah Hanks asked me about that mythical Australian swamp monster, the Bunyip. Providing an adequate answer to the question of what the Bunyip is can be difficult, for there are almost as many descriptions of the elusive creature as there are sightings. If the Bunyip does indeed exist, it is Australia’s chameleon cryptid.

In 1847, the Australian Museum in Sydney displayed what was then claimed to be the skull of the elusive Bunyip. The “Bunyip skull” was on display at the museum for just two days before being quietly removed. But while controversy surrounded the authenticity of the museum’s latest exhibit, an article about the “Bunyip skull” in The Sydney Morning Herald prompted many readers to come forward to speak of their own sightings of the much-feared creature.

One such sighting occurred years earlier on the shores of Lake Bathurst in inland New South Wales by a Mr E. S. Hall in 1821. In a letter to the editor of The Sydney Gazette and New South Wales Advertiser, Hall described seeing an “extraordinary creature” while walking by the side of a marsh running into the lake. 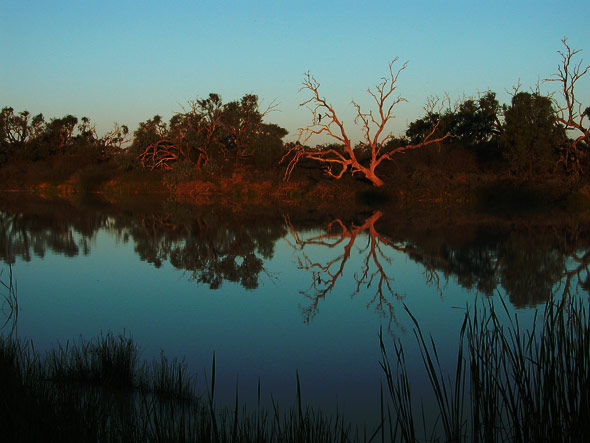 “My attention was attracted by a creature casting up the water and making a noise, in sound resembling a porpoise, but shorter and louder: the head only was out of the water. At the distance I stood (about 100 yards) it had the appearance of a bull-dog's head, but perfectly black; the head floated about as though the animal were recreating itself; it cut up the water behind, but the quantity thrown up evinced neither strength nor bulk; it remained about five minutes, and then disappeared.”

In his letter, Hall also recounted another sighting of the creature while bathing at the lake.

“As I was dressing, a creature, at the distance of about 180 or 150 yards, suddenly presented itself to my view; it had risen out of the water before I perceived it, and was then gliding on the smooth surface with the rapidity of a whale-boat, as it appeared to me at the time. Its neck was long, apparently about three feet out of the water, and about the thickness of a man's thigh; the colour a jet black; the head was rather smaller in circumference than the neck, and appeared surrounded with black flaps, which seemed to hang down, and gave it a most novel and striking appearance. The body was not to be seen; but, from the rippling of the water, I judged it to be not longer than the neck.”

Size of a steer, fins & dirty white in colour

Another sighting of what was presumed to be the Bunyip from Weird Australia: Real Reports of Uncanny Creatures, Strange Sightings & Extraordinary Encounters occurred near the Southern Highlands town of Robertson in January 1921, nearly a century after Hall’s sighting at Lake Bathurst.

“A party of men who lived by means of their skill at shooting went out … They returned terrified and related that they came upon the thing basking in the sun, on the side of a hole supposed to be bottomless, situated about the centre of the swamp; and at their approach, the creature, which they stated to approximate the size of a two-year-old steer, and which appeared to possess two short, broad fins or flippers, and in colour was a dirty white or very light grey, took fright and plunged into the hole.”

There was an interesting epilogue to the shooters’ report of the “Bunyip” as recorded in a newspaper article at the time of the sighting.

“A stranger to the district called at the rectory and asked to be directed to Kangaloon. While complying with his request he was warned not to attempt to cross the swamp, which looked very easy going from the rectory garden … a bare four miles by that route. Going by the road meant a nine-mile journey. Whether he did so attempt is not known. He was never seen again, and this much is known, he never reached Kangaloon.” 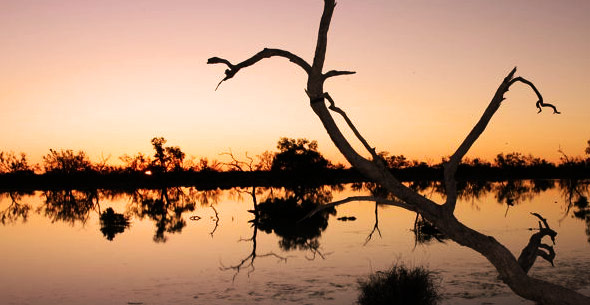 Did the stranger fall victim to the Bunyip after failing to heed warnings of steering clear of the swamp? Perhaps the one recurring feature of the Bunyip, after all, was that of its ferocious nature.

Around 1890, at Coopers Creek, a dog almost fell victim to an apparent Bunyip attack as told in the following account:

“We rode over to a large waterhole, and the two dogs went in for a swim. Almost immediately one of the dogs was seized by something in the water and dragged under. A violent struggle took place, under the water, which soon became stained with blood. Presently the dog and the 'thing' came to the surface, with the dog on top. We grabbed the dog and hauled him out. He was badly cut in the neck and behind the shoulder. All we saw of the 'thing,' which disappeared quickly was what appeared to be part of its body, a light brown, smooth surface, much like a saddle-flap in appearance.”

Aboriginal accounts of the Bunyip 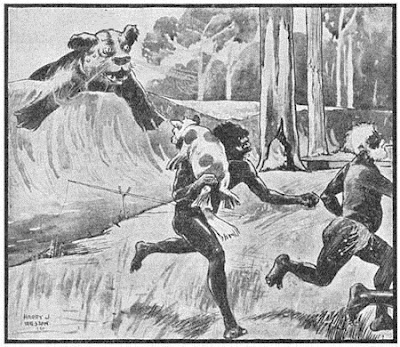 In 1848, an Aboriginal from the Murray River area drew a picture of the Bunyip. His depiction was that of a creature with the body of a hippopotamus and a horse-like head. Another drawing, however, this time from an Aboriginal from a district in Victoria, revealed the Bunyip to have the head and neck of an emu.

Other traditional depictions of the Bunyip include that of “a huge animal of extraordinary appearance” with “a round head, an elongated neck with a body and tail resembling an ox” and "a sort of half horse, half alligator”. Sometimes Bunyips are covered in fur, and sometimes in feathers.

So, with so many differing descriptions of this chameleon-like cryptid, what are we to make of the many and varied reports of the Bunyip? It’s possible some sightings may be accounted for by seals that have found there way inland up rivers from the coast. But it’s interesting that different Aboriginal tribes from different areas throughout Australia have all had their own interpretations of the “Bunyip”. Could it be that the Bunyip is more cultural memory than flesh and blood beast?

Around 46,000 years ago, the original inhabitants of Australia shared the outback with megafauna such as the Diprotodon, a giant wombat-like animal approximately the size of a hippopotamus and weighing up to two tonnes. Could stories of the Diprotodon and other megafauna have been passed down in the oral traditions of different Aboriginal tribes over thousands of years and are now remembered in the traditional stories and songs as the fearsome, yet rarely seen Bunyip?

Or could there be lurking in the swamps, billabongs and lakes of inland Australia any number of unknown ferocious aquatic beasts awaiting their next unsuspecting victim?