The Space People: Reports of Humanoids from Yesteryear

In the serious study of unidentified flying objects, the potentials for finding new ways to interpret the phenomenon are almost endless. And hence, for me, the old adage "the sky's the limit" often comes to mind; though obviously, for any real progress to be made, there should be a constant practice of reasoned and well informed speculation, if the mind is indeed to be allowed to wander.

One thing I love to do while I'm traveling via commercial airlines is to read books on ufology, specifically classics about the Blue Book years, when the U.S. Air Force had actively been pursing the UFO mystery. During a recent flight out of Charlotte, NC, I had been reading J. Allen Hynek's The Hynek UFO Report, a book which dealt with the late astronomer's own scientific inquiry into those Blue Book-era reports. Turning to about halfway through the book, I selected to review a few classic reports that dealt with Close Encounters of the Third Kind, and digging into the witness encounters, one may find, as I did, that a very strange trend begins emerge. Surprisingly, what is particularly strange about it, especially for most UFO enthusiasts, is the number of reports that give little or no description of "beings" emerging from UFO craft that would entail that they are anything other than humans. 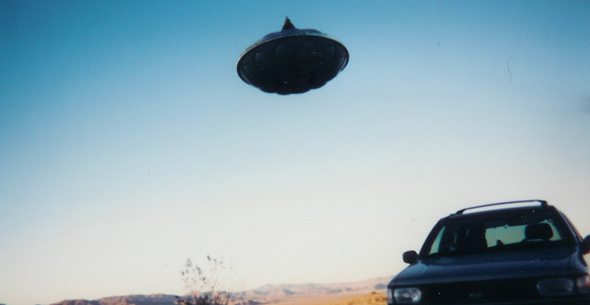 It is a strange prospect, especially for many in the modern day ufological field, because of the way that many researcher's minds seem to have been hard-wired to believe that when the subject of UFO comes to mind, it must mean we're talking about aliens. I was reminded of this during a recent shuttle ride where I was joined by a number of fellow UFO researchers, and sitting across the aisle from my friend Scotty Roberts and I was the exopolitical activist Stephen Bassett, who began to take an interest in how and, more specifically, why I had become interested in UFOs. After explaining that I had been offered books on the subject at an early age, Bassett suggested that the very fact my parents would choose to introduce me to a subject like ufology so early on must be indicative of something else going on behind the scenes. To his way of thinking, he surmised that one of my parents themselves had been abducted by extraterrestrials earlier in their lives.

While I won't rule out any possibilities, my own feelings are that this would not have to be part of the equation (especially since neither of my parents have ever spoken of such a thing) for them to have taken an interest similar to my own in the subject of UFOs. And yet, the very first book I recall ever being given, Ray Fowler's UFOs: Interplanetary Visitors, immediately puts forth with nothing more than the book's title a notion that UFOs are extraterrestrial in nature. 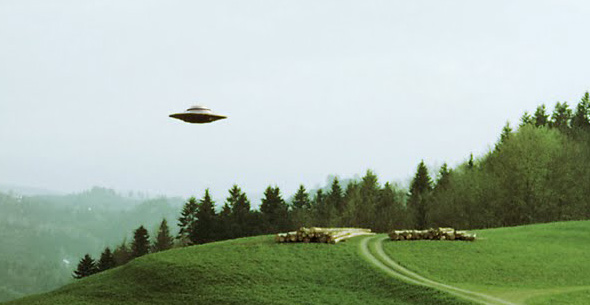 This often contrasts somewhat with actual reports from those who have up-close encounters with strange craft and, more importantly, the "beings" seen nearby in conjunction with the appearances of UFOs. To name a single example from the listing of reports which Hynek presented in his book, we find that, oftentimes, the descriptions included in UFO reports are curiously vague when it comes to the descriptions of the "Ufonauts" encountered. Such was the case in the following excerpt, from a report that had taken place in Berlin in 1952 by a witness named Oscar Linke, who had recently escaped from the Soviet Zone. Linke observed a large, landed craft that resembled "a giant frying pan," and the apparent occupants on the ground outside the craft:

"What I had seen were two men that were not more than forty meters away from me. They seemed dressed in some shiny metallic clothing. They were stooped over and were looking at something lying on the ground."

At this point in the report, the observer continues his approach, until the sound of his daughter's voice from the motorcycle he had parked on the road behind him, apparently startled the two "men", which climbed on board the craft. Although we might suppose that Linke had simply failed to get close enough to the beings before they were alerted to his presence, nothing about this report described the typical, peculiar features associated, for instance, with alien "greys", or other presumably exotic lifeforms one might expect from an extraterrestrial source. 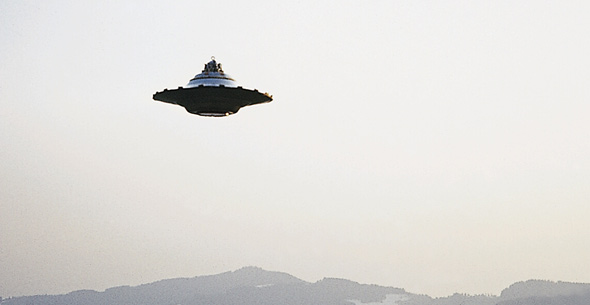 And in truth, many UFO reports proceed in similar fashion; while beings are occasionally witnessed, they are often more human than anything else; even famous abductee Whitley Strieber, during a recent interview with researcher Richard Dolan on his Dreamland podcast, recalled having a probe implanted within his ear during one of his abductions by "humans" which he could hear speaking English. Strieber's feeling is that, in addition to an apparent extraterrestrial presence, that there is clearly something quite terrestrial going on as well, which often mirrors aspects of the greater UFO phenomenon.

This isn't to say, of course, that there aren't plenty of valid reports that seem to deal with exotic beings in association with UFO landings, abductions, and other reports. But one cannot deny the curious prevalence of stories about what seem to be humans that appear in such circumstances just as well (like many of the reports detailed in Hynek's book seemed to display). What is the reason for the prevalence of such reports... and perhaps the more important question, given the circumstances, is why the obvious "human" component is so often dismissed or overlooked by ufologists?