As some people may already be aware, many of my views on crop circles are hardly what might be termed conventional. But, as crop circles are themselves in no way conventional, for me, at least, my approach to the subject is a highly appropriate one. Here’s the deal: for numerous people crop circles are the work of aliens, ET, little grey men with large, wrap-around black eyes, and over-sized heads. You get the picture, right? Of course you do! For the true-believers who pray daily at the altar of our hallowed lord and master, Kenneth Arnold, it has to be ET; it just has to be.

Actually, when it comes to crop circles, no, it doesn't have to be. At all.

In response to those true believers, I say: "Okay, then what about the human element of the crop circle mystery?"

Well, whenever I bring up that distinctly thorny issue I very often hear two tired, well-worn and usually utterly defensive statements that broadly go something like this: "All those people who say they make crop circles are liars." Or: "They’re nothing but hoaxers." Blah, blah, blah. Etc, etc., etc.

To the uninitiated, the unacquainted and the outright biased, I say this: have you ever actually spoken to any of the people who make these formations? Have you ever spoken to even just one such person? Have you ever hung out in an English field - in the dead of night - and watched carefully while a massively complex formation is created undercover of darkness by a highly-skilled team?

For those who have not, but who instead prefer to make loud proclamations from the confines of their office or living-room (and possibly even on the other side of the world), I say that it’s about time you did! To all of the above. 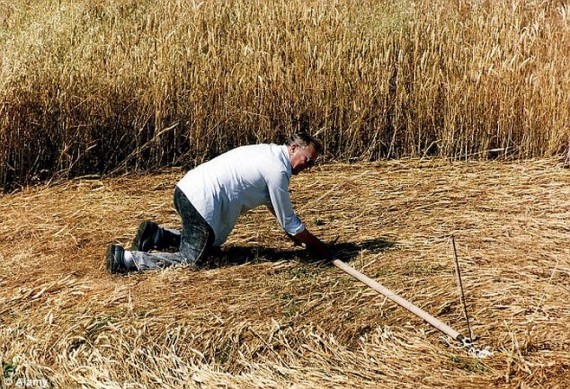 Most people who create highly intricate crop formations are actually not out to fool anyone, to con anybody, to entice tourists to the area, or to deceive the populace and the Fortean community in the slightest. That is nothing but a media-driven myth, which is believed by millions. And it's a myth that many people accept without question or barely a second thought.

In reality, the motivations for making crop circles run much deeper and stranger than just having a laugh at the expense of someone else. One person I have interviewed extensively on the human angle of crop circle-making is Matthew Williams. He is one of the very few people in the world, thus far, arrested, charged and convicted for making a crop formation. Or, for causing a bit of a fuss in - and damage to - a field in Wiltshire, England, as the local police preferred it when they decided to haul Matt before the judge. 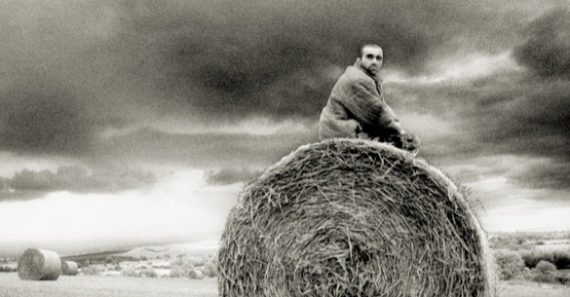 Now, Matt is a good mate of mine, and I have known about his circle motivations, beliefs and actions for around 15 years or so. Basically, Matt is of the opinion that the human element is the key element in crop circles: to put it bluntly, they are made by people.

Very early on in his crop circle research, however, Matt came to realize something deeply strange and highly intriguing: namely that many people who made the formations were themselves experiencing unusual phenomena – and on numerous occasions in the formations of their very own making.

For example, Matt has experienced (as have a number of other, well-known circle-makers, more than a few of who are reluctant to speak on the record) a wealth of weird phenomena in crop circles that he himself created, including seeing small, aerial balls of light zipping around, detecting unexplained animal-like presences, and even experiencing significant periods of missing time.

Matt spelled out to me what he believes lies at the heart of all this, and it involves a belief system suggesting that crop circles are somewhat akin to 21st Century versions of Stonehenge or the Avebury Stones. They are rather like modern-day - but highly alternative - temples that, via ritual magic, can be instilled with extraordinary properties that, in turn, lead to the sometimes unusual effects experienced within such formations. 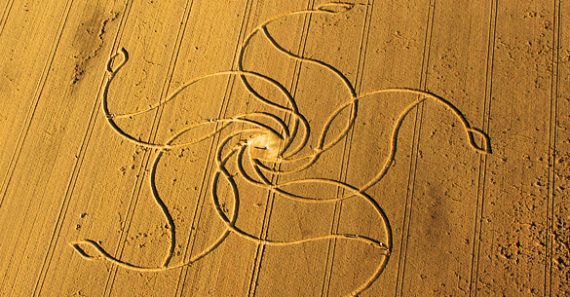 Of course, discussion of scenarios like these can often lead to a distinct rolling of the eyes on the part of those obsessed by nothing but Area 51 and Roswell, and who long for the return of Mulder, Scully and the Cigarette-Smoking Man. And, to an extent, such ideas are dependent on the belief systems of the circle-makers and those that share their views.

But, the fact of the matter is that some human circle-makers do believe this: they firmly accept that creating a crop formation, and engaging in ritual and rite within the formation in question – sometimes coupled with entering altered states of mind via the use of psychedelics – can open doorways to other realms of existence, and to paranormal-style phenomena. Plus, they have seen that high-strangeness up close and personal in their own crop-based creations. 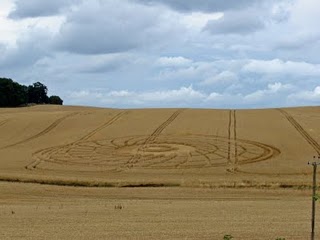 Now, this is all highly controversial, I'll be the very first to admit. It's also worth noting, however, that I came across a crop circle at Chartley Castle, Staffordshire, England in the summer of 2006 that showed clear evidence of occultists having been at work in the direct vicinity of the formation and which involved the ritual slaughter of a peacock.

Now, Matt and his colleagues try and instill circles with positive energy; but there was nothing positive about the Chartley Castle crop circle: it utterly oozed negativity and was shrouded in an air of menace. But, all the same, the highly intricate Chartley Castle creation was without doubt the work of humans.

So, for those interested in crop circles, but who are massively misinformed about the people who make them and why they do so, I say this: look to the human angle for the answers to the crop circle puzzle. But don’t label those people such as Matthew Williams as hoaxers. That is the very last thing they are. It’s much more subtle than that, and runs deep into the heart of British folklore, mythology and ancient rite and ritual.

And stop focusing on bloody ET. The truth of the crop circle enigma may be far stranger than anything those bug-eyed little creeps could ever hope to cook up.

Men In Black and a Warning From the Shadows