I became acquainted with Jadoo - the first book ever written by John Keel - back in the late 1980s, when a friend in the Fortean field loaned me a copy. Having eagerly read The Mothman Prophecies when I was about twelve or thirteen, I equally eagerly devoured Jadoo. And a damn good read it was too! But, since I never personally owned a copy of the book, I have to confess that, as time passed by and the years progressed, I pretty much forgot about it. Until now. Yep, Jadoo is back!

Thanks to the good folks at Anomalist Books, Keel's book is with us once again. And, yes, you can purchase used, old copies of Jadoo online, but there are very good reasons why it would be much wiser - and far more rewarding - to invest in a copy of the new edition. I'll explain why, at the end. But, before we get to all that, if you haven't read Jadoo, you may already be thinking: What's Nick on about and what is Jadoo about? I'll tell you. 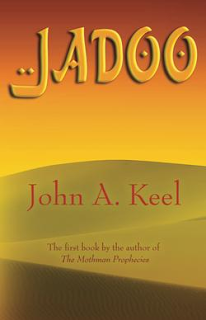 It's fair to say that when most people think of John Keel it's probably in relation to the aforementioned Mothman, the sinister and ghoulish Men in Black, his views on the extraterrestrial vs. ultraterrestrial theory for the UFO phenomenon, and his thoughts on demonology, folklore and mythology. Yes, all of these matters did indeed fascinate (and obsess) Keel for years. But, Jadoo is very different.

In the pages of Jadoo, you will not find tales of the MIB, or of flying, winged nightmares with fiery red eyes. Nor will you find any accounts of dark-suited MIB intent on silencing witnesses to profound UFO encounters. Rather, Jadoo represents the very early years of Keel and his paranormal-themed research and writing, long before he got immersed in the UFO issue and the surrounding culture of Ufology. And a highly entertaining read it is, too.

Indeed, in the quarter of a century or so that has passed since I read Jadoo (and read it only once), I was pleased to see it has not lost its energy, wit, excitement, adventure, and intrigue. In fact, rather than losing anything, it has several significant things added to it. As I'll soon explain.

So, with that all said, what is Jadoo about? Well, if I was to say  to you: "Try and imagine a story that is part-Raiders of the Lost Ark, part-Kerouac, part-Bukowski, part-The Da Vinci Code, and part-Hemingway and you have Jadoo," maybe that would help. It should help, since - for me, anyway - that is indeed a solid portrayal of what you'll find in the 300-pages of Keel's book.

Basically, this is 1950s-era Keel: a young man with wild adventure and even wilder travel on his mind. Not to mention, articles to write, deadlines to meet, and dollars to earn. So, we see our Indiana Jones-style Keel having entertaining - and at times dicey and even life-threatening - experiences in India, Egypt and Iraq. And if you think Iraq is dangerous now, you should have seen it back then! Keel did, and he only just about survived the process! 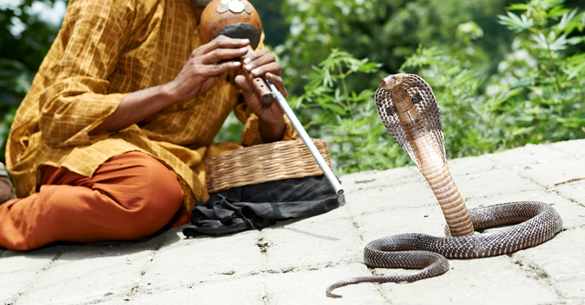 Jadoo is a story of what happens when you take that aforementioned young man far away from his native United States, and dump him in wild and wonderful locations that are filled with magicians, terrible secrets that date back to the dawning of civilization, ancient cities, deadly cults, and sinister figures who might smile at you one moment and, later, casually slit your throat while you sleep under a Middle Eastern sun. It's a saga filled with fantastically entertaining tales of mummies, snake-charmers, and - for fans of Cryptozoology and strange beasts - even a quest for the legendary Yeti.

But we get something else from Keel in Jadoo. It's something he rarely gave us a look at in his other works: his personal life. No, I'm not talking about his run-ins with the likes of Jim Moseley, Gray Barker, and all manner of dubious but entertaining tales of hoaxed phone-calls and phony photos. We're talking romance.

It transpires that these sections of Jadoo were omitted from the original edition due to the fact that Keel's beloved - a German girl named Lite, but who is referred to in the text as Ingrid - could not be located to sign a release form. But, nearly 60 years later, does it really matter? No, probably not! Keel relates - in a fashion that the aforementioned Hemingway would have been proud of - how he and Ingrid came to meet, how their romance developed in exotic lands, and the way in which it reached its sad but probably inevitable end. When I say this section of the book makes for captivating and almost gut-wrenching reading, I'm not exaggerating.

Many - who are only familiar with Keel from his later work - might be surprised by how much emotion and personal feeling Keel puts into the sections of the book concerning Lite, since they have nothing whatsoever to do with the world of the paranormal and everything to do with young, and ultimately lost, love. But those people would be missing the point: Jadoo is about the adventure and experience that is called "Life." And, Keel lived it. He did so particularly in the tales that comprise Jadoo. 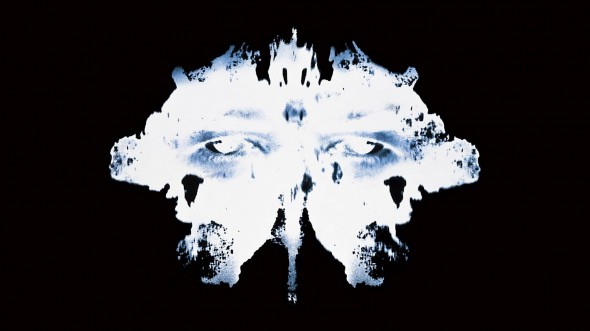 Keel is now gone. Certainly most of the players in the book - the good, the bad, the ugly, and the downright deadly - are probably gone too. I have no idea about Lite. It would be cool to think she is still with us and can now take a renewed look back into the past, and her time spent with Keel, courtesy of the new Jadoo.

If you want to learn about what the man who made Mothman famous (and who, in turn, was made famous by it) was doing long before Point Pleasant, West Virginia dragged him, magnet-like, into its creepy confines, then buy and read Jadoo.

Yes, Jadoo is a book that is saturated by tale after tale of the paranormal. But, it's also a story that makes it clear why life is to be lived, loved, savored and experienced to the full, no matter where it takes us, and no matter the outcome. Keel understood the importance of all that. And he chronicled a great deal of it in the pages of Jadoo.

PS: The sections of the new edition of Jadoo which concerns Keel and Lite are not the only brand new additions to the book. There's also an old review of the book which is a glowing one. It should be glowing since, as it's revealed, Keel wrote it himself under the alias of Randolph Halsey-Quince!! There is a section comprised of Keel's original "travel notes." And, finally, there's a chapter-by-chapter synopsis of a planned follow-up book to Jadoo, but which never came to fruition. These items alone make Anomalist Books' new edition required reading for any Keel fan.