Maybes in Black: The Influence of “MIB Culture”

After the initial stirring media reports of "flying saucers" began to claim the attention of postwar America, it wasn't long before sci-fi and aviation enthusiasts, as well as journalists and the generally curious, began forming clubs and organizations aimed at "cracking" the saucer mystery. Few would have guessed back then, at the outset of this cultural phenomenon, that more than a century later, the interest in this subject would remain so strong, largely because no clear solution to the UFO mystery has been offered, aside from speculation that still involves aliens visiting earth, time travelers, secret technologies, back engineering, and an entire host of other things.

Then again, it is within the UFO literature itself that we also find references to another cultural phenomenon, of sorts, contained neatly within its own secretive sub-genre of oddity; this involves the Men in Black, beings whose popularity today is good cause for no further description being needed here as to who or what these characters are believed to be. But despite their popularity as a cultural phenomenon all to themselves, is there a chance that some aspects of the MIB mystery might even be explained by the careful cross-examination of source materials that support their existence?

This is a tricky concept, as it comes very close to the discussion of alleged "thoughtforms" or Tulpa phenomenon (e.g. physical manifestations of cultural or psychological "constructions" stemming from profound belief in the underlying phenomenon). To begin, if we look all the way back to the early reports of MIBs, a close examination will reveal both seemingly legitimate accounts, as well as some that are a bit more spurious. An example of each kind may be found in Gray Barker's classic book, They Knew Too Much About Flying Saucers, which discussed both the "silencing" of UFO researcher Albert Bender by what he referred to as "government agents," who threatened him with imprisonment if he continued to publicly disseminate information regarding UFOs (this was, in likelihood, an exaggeration either on part of these supposed "government agents," or maybe even on behalf of Bender himself). Then there was the story of one "Richard H. Pratt" which Barker also recounted in the book, involving a very similar experience with intimidating "blackmen" as they were described. 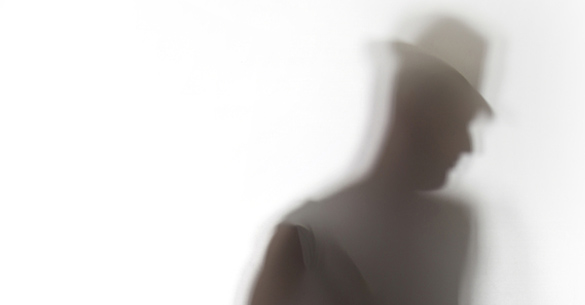 Here's where things beging to get odd, however: decades later, a man named John Sherwood would come forward, claiming to have been the very same "doctor" (despite only having been eighteen at the time), and detailing that the entire matter had been a hoax he had helped Barker to carry out. The fact that Barker would engage in such activity isn't any big surprise, however, since author John Keel would both claim publicly, as well as in his personal files that Barker had occasionally liked to "stir the pot," so to speak. Barker himself would admit on a number of occasions that his attitude toward the subject of UFOs, despite having authored books on the subject, was largely a lighthearted endeavor.

Somewhat infamous for his alleged involvement in a disinformation campaign with UFO researchers, another man named Bill Moore would further complicate the matter in the 1980s when he asserted that not only do MIBs quite likely emanate from a secretive Air Force group called the Air Force Special Activities Center, based out of Fort Belvoir, Virginia, but that this group had literally been inspired to send dodgy agents into the field to look over UFO reports after the popular urban legends associated with MIBs, as discussed in books like those penned by Barker. Could it literally be, if Moore's assertions were correct, that certain UFO researchers actually had a hand in the "creation" of an MIB mythos, which is very much still alive today?

Indeed, it does seem that the MIB reports continue well into the modern era, as discussed in books like my fellow MU blogger Nick Redfern's The Real Men in Black. But aside from the modern reports of alleged encounters with MIBs, some of the more intriguing cases--and of the variety that aren't so easily explained as possible run-ins with "G-Men"--are the stories recounted by John Keel in his book The Mothman Prophecies. It was here, for many UFO researchers (including this one) that the real high-strangeness involving MIB encounters began, primarily because so much of what Keel described in the book (a subject that, as we can see, dovetails somewhat with Gray Barker's research) simply defied any logic. Rather than the stoic, black-suited men of purpose Barker would describe in his work, Keel's "weirdos" were often large, awkward men who carried themselves in very curious fashion, speaking in high-pitched voices, and donning strange items of clothing such as fur hats and the like (for a wealth of odds and ends recounting portions of John Keel's research over the years, the JohnKeel.com website comes highly recommended as supplemental reading for any serious Fortean).

In my opinion, it stands to reason that MIB witness reports might very well stem from encounters with government agents of various backgrounds, who perhaps sought to exploit aspects of the emerging UFO subculture over the years for purposes of propaganda and misinformation. And as for who (or what?) kinds of creeps Keel had been describing, especially around Point Pleasant, West Virginia in the late 1960s, it's anyone's guess; though in a few instances, we might stoop to presume that there was really nothing to these "characters" at all, aside from being slightly awkward enthusiasts themselves who, albeit unknowingly, may have contributed to the legends and folklore surrounding the UFO mythos throughout the years.